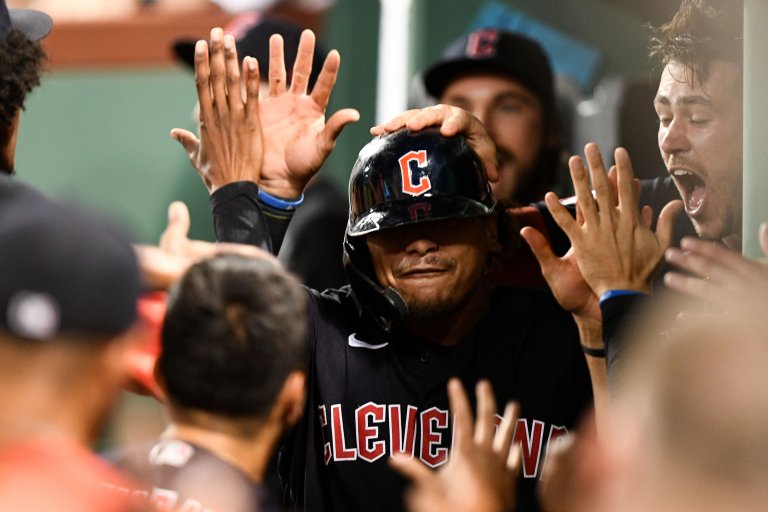 The Tampa Bay Rays are -125 home favorites over the Cleveland Guardians in an American League afternoon game set for Saturday, July 30
Tampa Bay is 7-1 straight up and against the run line in the last eight home games against Cleveland
Overall, the Rays are 11-2 SU and ATS in the last 13 games when facing the Guardians – see who we like below

That victory ended Tampa Bay’s 7-0 run at home against Cleveland in which the Rays posted a perfect slate against both the moneyline and the run line. It was Cleveland’s first win at Tampa Bay in almost four years.

If you’re a trend bettor, you need to go back to 2017 to find a time frame when the Guardians were winners of successive games against the Rays in the same season.

It should come as no surprise to discover that oddsmakers are counting on Cleveland doubling down. It’s the Rays who are set as -125 home favorites for Saturday’s second game of this three-game weekend series. Tampa Bay is 14-25 against the run line as the home chalk this season.

First pitch at Tropicana Field is set for 1:10pm ET on Saturday, July 30. Rain with 5 mph wind and a temperature of 54 degrees are in the weather forecast.

For all their recent dominance, the public isn’t exactly overwhelmingly embracing the Rays in the MLB betting trends. There’s 52% of public bets backing Tampa Bay in both the moneyline and run line. As well, 52 of public bets are playing the over on the total.

It just hasn’t been Zach Plesac’s year. The Cleveland right-hander has won one game since April. He’s dropped four straight and seven of his last eight decisions.

Per @JonHeyman, the #Phillies are interested in #Guardians SP Zach Plesac.

Plesac, under control through 2025, has produced a 0.0 WAR and 4.09 ERA through 99 innings pitched with CLE, while striking out 6.5 batters per nine. pic.twitter.com/1FcUlOuhJH

An old, familiar face will be facing the Guardians in Rays veteran right-hander Corey Kluber. In nine seasons with Cleveland, Kluber twice led the AL in wins and won a pair of Cy Young awards.

In #Rays Corey Kluber’s next start, he’ll earn a $1M Bonus. Signed for 1-$8M in Offseason with additional $5M of incentives. Already earned $1M of $4M in Incentives.

Pitching his first season with the Rays, Kluber is 3-1 over his last four starts. He’s 3-2 with a 5.19 ERA in July. Kluber also rates among the top 3% of MLB pitchers in bases on balls percentage (3.9).

In nine home starts, Kluber is 4-1 with a 3.42 ERA. He’s faced his old team once. Kluber worked six shutout innings and got the win the only previous time he faced the Guardians.

Five Tampa Bay batters are hitting .333 when facing Plesac. Randy Arozarena, Christian Bethancourt, Brandon Lowe and Isaac Paredes are all 1-for-3. Ji-Man Choi is 2-for-6 with a solo homer.

Just 1-6 straight up in the past seven games, Tampa Bay welcomed the sight of Cleveland arriving in town.

Even with Cleveland’s win on Friday, with the way that the Rays have whipped up on the Guardians in recent years, it’s an easy call to stick with the formula that works.

Nice comments only… he is watching ? pic.twitter.com/205ZKZLuFo