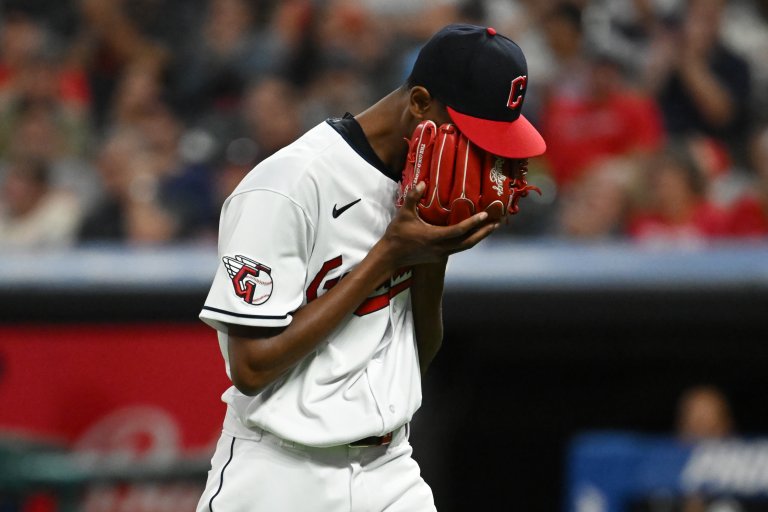 The Guardians are -114 road favorites over the Mariners on Thursday
Triston McKenzie (9-9, 3.11) will start for Cleveland against lefty Marco Gonzales (8-12, 4.08)
A look at the Guardians vs Mariners odds can be found below with a prediction

The American League Central-leading Cleveland Guardians visit the Seattle Mariners at 4:10 p.m. ET Thursday at T-Mobile Park in the opener of a four-game series.

The Guardians (66-56, 34-31 road) have won four of their last five games, including blanking the Padres 7-0 on Wednesday in San Diego. The Mariners (67-57, 32-27 home) had their third loss in their last four games Wednesday, 3-1 to the visiting Washington Nationals.

The win put the Guardians 3.5 games ahead of the Minnesota Twins in the AL Central. The Mariners were holding the third AL wild card despite the loss.

Odds as of August 24th at Barstool Sportsbook.

As -114 favorites, the Guardians have a 53.27% implied win probability in a game that will be streamed on YouTube. The Mariners have +3500 World Series odds and the Guardians are listed at +6000.

The T-Mobile Park roof will likely be closed as the weather forecast calls for sunny, a high of 88 degrees and west wind at 5 mph.

Triston McKenzie (9-9, 3.11) is scheduled to pitch for the Guardians against left-hander Marco Gonzales 8-12, 4.08). Both will be pitching on four days of rest.

McKenzie is coming off a 14-strikeout performance in a win over the Chicago White Sox last Friday in Cleveland. He gave up two runs on six hits in seven innings and had no walks.

The Mariners have given McKenzie trouble in a small sample size as he is 0-1 against them with a 10.80 ERA in two starts. In his lone appearance at T-Mobile Park last season, McKenzie took the loss when he was tagged for five runs in 4.1 innings.

Gonzales is 2-1 in his last three starts despite a 4.96 ERA. He allowed two runs (one earned) and six hits in 5.1 innings to beat the Athletics in Oakland last Friday while walking two and striking out one.

Gonzales is 1-0 with a 2.25 ERA against the Guardians in two career games (one start).

He looks good on an old-fashioned baseball card.

Will also trade for Cubs/Rockies/Angels from the same set pic.twitter.com/Jty0Hh3rhR

The Guardians’ Jose Ramirez is 3 for 4 with a double against Gonzales but Myles Straw is hitless in seven at-bats. McKenzie has held the Mariners’ Carlos Santana to 0 for 9.

Ramirez went 3-for-3 with two home runs, a walk and three RBIs to lead the Guardians over the Padres on Wednesday. It was his third multi-homer game of the season and 20th of his career.

Rookie Julio Rodriguez hit a home run but that was the only run the Mariners managed in losing to the Nationals on Wednesday. It was his 20th home run of the season.

Rodriguez leads all major league rookies in homers and in stolen bases with 23. He is the fourth rookie in MLB history to have 20 homers and 20 steals in a season, joining Mitchell Page (1977 Oakland Athletics), Ellis Burks (1985 Boston Red Sox) and Marty Cordova (1995 Minnesota Twins).

Jesse Winker had two of the Mariners’ five hits.

Mariners utility player Sam Haggerty missed his second straight game with a sore left shoulder but should be available Thursday.

This is the first meeting of the season between the teams and series is knotted at 23-23 since 2014.

Last year, the Mariners went 4-3 against the Guardians, including winning three of four at T-Mobile Park. Seattle’s Dylan Moore went 7 for 23 (.304) with three doubles and three homers.

McKenzie is rapidly emerging into an ace-caliber pitcher and backing him is the way to go against a struggling Gonzales.