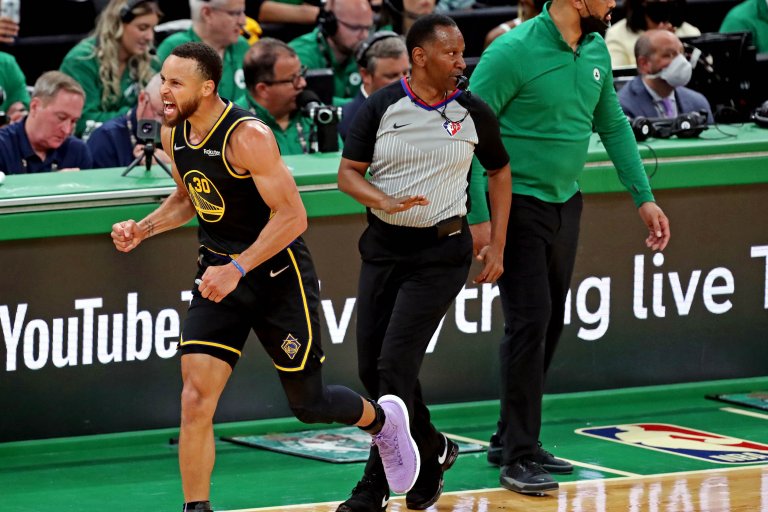 The Golden State Warriors earn a split in Boston with a crucial Game 4 win in the NBA Finals
Golden State’s title odds shorten to -150, while the Celtics fade to +125
We look at the updated Finals odds below and share our best betting advice

The see-saw that has been the NBA Finals took another twist Friday night.

And with the Golden State Warriors getting the much-needed split in Boston against the Celtics, they’ve again found their way back as the favorite in the NBA Championship odds.

With the series tied 2-2. it’s down to a best-of-3, with two of those games scheduled at Chase Center in San Francisco.

Odds as of June 10 at FanDuel Sportsbook

With Klay Thompson looking like a shell of his former self, and Draymond Green a decided non-factor offensively, the one constant for the Warriors is Steph Curry.

He was the driving force behind Golden State’s 107-97 Game 4 win, dropping 43 points while adding 10 rebounds.

It’s the second-most points he’s dropped in his extensive and illustrious Finals’ career. Curry’s scoring low in this series so far is 29, while he’s hit at least five 3-pointers in every game.

He’s helped their trio to 19 NBA Finals wins, tied for the most ever with the Tim Duncan-Tony Parker-Manu Ginobili title core.

The victory gave the Warriors a road win in a record 27 straight playoff series. Golden State did up their effort level in all aspects too, holding the Celtics to 40% shooting for the game, while outrebounding Boston 55-42.

Boston missed a chance to move to within a win of an NBA-record 18th title. Instead, they’re going to have to find a way to win one more at Chase Center. They’ve already won there once, and have posted an 8-2 mark away from TD Garden in the postseason.

Perhaps the most important stat the Celtics will put on the line in Game 5 on Monday is their ability to bounce back, running a perfect 7-0 record after a loss in the playoffs.

Ime said he thinks Jayson Tatum is “going hunting for fouls a little too much.”

We’ve said this before, but it just appears this one is destined to go the distance. We mentioned Boston’s record in bouncebacks — the Warriors aren’t slouches either, improving to 6-0 after an L themselves.

Golden State does have a sparkling 9-1 home record in the playoffs, but that lone loss was against the Celtics in Game 1.

Klay Thompson on Curry: “The things he does, we kind of take for granted from time to time. But to go out there and put us on his back, I mean, we’ve got to help him on Monday.”

This wager really comes down to who you think will win the series. If you think it’s Golden State, your best odds to bet them (if you haven’t yet, and hey why haven’t you??) would be if they lose Game 5.

If you think it’s Boston, you’ll likely have a couple more at-bats. You can bet them now, and if they win Game 5 and lose Game 6, they’d be heavy title ‘dogs in a winner-take-all in ‘Frisco.

As well as Curry has been cooking, I don’t know if there’s enough firepower around him to carry the Dubs to a fourth franchise title. Boston may have lost home-court advantage, but I think they have are still enough to turn the tides in their favour.