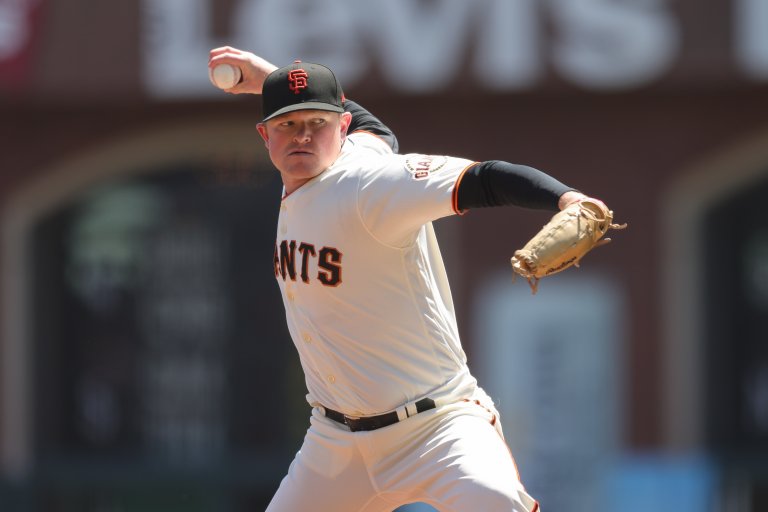 The San Francisco Giants (60-61, 26-32 away) are by no means out of the NL playoff picture, but they certainly have lots of work to do. San Fran failed to take full advantage of favorable matchups against Arizona and Colorado lately, dropping four of five games, and will look to avoid a similar fate in a two-game set with the Detroit Tigers (47-76, 28-34 home).

Game 2 of the series goes Wednesday afternoon, and oddsmakers are expecting the Giants to close the gap on their 6.5 game deficit in the NL Wild Card race.

San Francisco opened up as -180 moneyline favorites, in a contest that features a total of 7.5. First pitch is scheduled for 1:10pm ET at Comerica Park, in Detroit, Michigan, with clear skies and 76 degree game time temperatures in the forecast.

The Giants, who’ve seen their World Series odds dip to +35000, will give the ball to ace Logan Webb. The 25-year-old has been one of the few bright spots in the starting rotation this season. He’s on pace for career bests in wins, WAR, and strikeouts, but has struggled with his consistency lately.

Webb yielded nine hits and five runs to the Diamondbacks last time out, and surrendered six runs to the Dodgers earlier this month. In between those two outings were gems versus Pittsburgh and Oakland, who are two of the three lowest scoring teams in MLB along with Detroit.

Webb has never faced the Tigers but given the fact that no team averages fewer runs than Detroit, the former NL Cy Young odds contender is set up for success.

The Tigers will counter with sophomore Matt Manning. The 24-year-old will make just his seventh start of the season, after missing the bulk of the year with a shoulder injury.

Manning was fantastic in his last outing, and has pitched exceptionally well in two of his four starts since returning. He held the Angles to three hits and one run last Friday, while he blanked Tampa Bay over 7 innings two starts prior. He’s got a 16-to-4 strikeout-to-walk rate in those two starts, and if he can flash that form on Wednesday Giants batters will be in trouble.

The San Francisco lineup has been an above average unit for most of the season, ranking inside the top-15 in runs per game, slugging and OPS. Lately however, the Giants bats have gone cold.

They’re batting .191 over the past seven days, with a measly .249 OBP. San Fran is averaging just over three runs per game during that stretch, while they’re total second half OPS is down .51 points from the first half.

No player on the Giants has a WAR north of 1.6, while Wilmer Flores leads the team with 59 RBI. For reference, that’s 44 fewer than MLB leader Aaron Judge.

We mentioned earlier that Detroit is MLB’s lowest scoring team, but that’s not the only category they’re occupying the cellar in. The Tigers have hit a league low 72 home runs, 22 fewer than the next closest team. They rank dead last in slugging and OPS, as well as walks and total bases.

Nobody on the Detroit Tigers has more than 11.

Similar to San Fran, August has not been kind to Detroit. The Tigers are in the midst of their worst producing month of the season, and are on pace to set season lows in average, OBP, slugging and OPS.

Not surprisingly given their recent struggles, Detroit has been a fan favorite of under bettors. Just four of their past 25 games have cleared the total, while their last eight games have produced an average of only seven runs.

Not to be outdone, the Giants have been riding a nice little under run of their own. The under is 6-2-1 in their last nine games, despite playing three of the NL’s seven worst teams (Arizona, Pittsburgh and Colorado).

With both Webb and Manning set up for success on Wednesday afternoon, runs will be difficult to come by. Play the under.