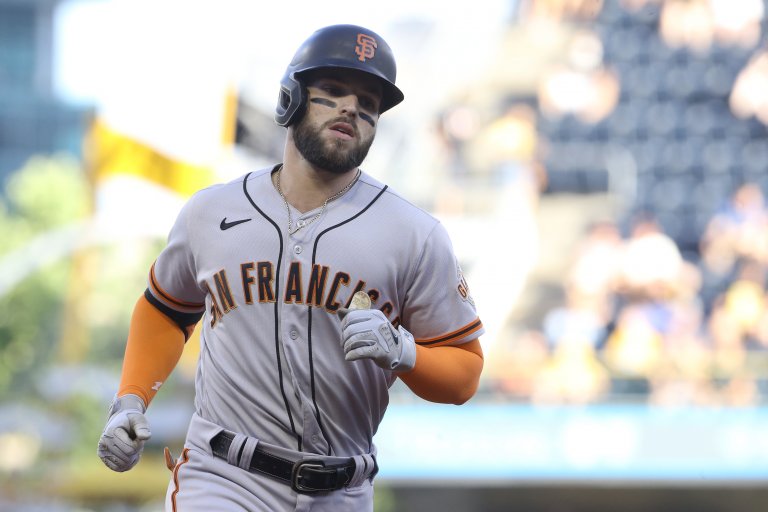 The Giants are -105 road favorites over the Pirates on Saturday
Alex Wood (4-5, 4.11) will pitch for San Francisco against fellow lefty Jose Quintana (1-4, 3.53)
A look at the Giants vs Pirates odds and matchup can be found below with a prediction

The San Francisco Giants will try to stay hot when they visit the skidding Pittsburgh Pirates at 4:05 p.m. ET Saturday at PNC Park.

Odds as of June 18th at FanDuel

It is expected to be a breezy day in Pittsburgh with a high temperature of 72 degrees, northwest wind at 14 mph with gusts to 24 mph and partly cloudy skies.

Wood snapped a five-start winless streak Monday when he beat the Kansas City Royals in San Francisco. Wood allowed two runs and four hits in six innings with five strikeouts and one walk.

He saw an increase in his slider and changeup which in turn has actually made his sinker better.

The Pirates’ Bryan Reynolds is 4-for-8 against Wood with a double.

Quintana has struggled after a good start to the season, going 0-3 with a 4.40 ERA in his last five turns. He lost to the Braves last Sunday in Atlanta, giving up four runs on six hits in five innings with four strikeouts and one walk.

Quintana spent the latter part of last season with the Giants and has a 1-3 career record against his old team with a 4.13 ERA in five games (four starts).

A decade of Q.

The Giants’ Curt Casali is just 3-for-17 (.177) against Quintana with two doubles and seven strikeouts. Meanwhile, Brandon Crawford is 3-for-10 with a home run.

Carlos Rodon allowed just two hits in eight innings to lead the Giants to the shutout win over the Pirates on Friday night.

Both Giants’ runs came on homers. Luis Gonzalez led off the game with a blast and Joc Pederson started the fourth inning with a longball.

The Pirates didn’t get their first hit until rookie Jack Suwinski singled with two outs in the fifth inning.

The Pirates placed rookie outfielder Canaan Smith-Njigba on the injured list prior to the game with a fractured right wrist. Smith-Njigba started two of three games since making his major league debut Tuesday.

This is the first series of the year between the teams. The Pirates lead the series 13-9 since the start of the 2018 season.