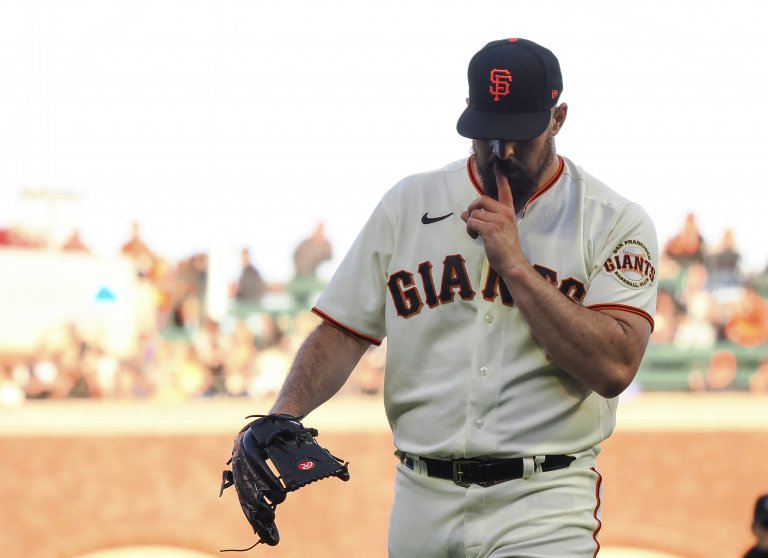 The Dodgers are -157 home favorites over the Giants on Thursday night
Lefty Carlos Rodon (8-5, 2.66) will start for San Francisco against Mitch White (1-2, 4.20)
A look at the Giants vs Dodgers odds can be found below with a pick

The visiting San Francisco Giants and Los Angeles Dodgers would like to maintain the momentum they carried into the All-Star break when the National League West rivals meet at 10:09 p.m. ET Thursday in the opener a four-game series at Dodger Stadium.

Odds as of July 20th at Barstool Sportsbook.

The Dodgers are -157 favorites, giving them a 61.09% implied win probability in a game that will be televised by ESPN. Los Angeles is co-favorite with the New York Yankees at +400 in the World Series odds while the Giants have +5000 odds.

The weather forecast calls for mostly cloudy, a gametime temperature of 75 degrees with a low 65 and south wind at 5-15 mph.

Rodon was selected to the NL All-Star team but did not participate in the game because of a cracked nail and blood blister on his left middle finger. However, he has been cleared to pitch Thursday.

Since the beginning of June, Rodon is 4-1 with a 1.80 ERA in nine starts. He had a no-decision against the Milwaukee Brewers last Thursday at home, pitching five innings, striking out seven and allowing one run, eight hits and three walks.

He certainly won’t get a warm reception in LA.

Not many cheers for Giants All-Star pitcher Carlos Rodon at Dodger Stadium pic.twitter.com/xJQCTogV5x

White will be making his ninth start since being moved into the rotation from the bullpen May 21. He is 0-2 with a 4.04 ERA as a starter and the Dodgers have split the eight games.

It was a rough outing for White in his previous start July 12 against the Cardinals in St. Louis. He did not factor in the decision but gave up six runs on 10 hits in five innings with three strikeouts and two walks.

He is capable of better.

Called on Mitch White and he delivered.

None of the Giants hitters have faced White more than once.

The Dodgers’ Mookie Betts is just 1 for 17 (.059) off Rodon with a double. Austin Barnes, Cody Bellinger, Freddie Freeman, Max Muncy and Trayce Thompson are a combined 0 for 19.

The Giants hold a slight 15-14 edge over the Dodgers since the beginning of last season despite losing to Los Angeles in five games in a 2021 NLDS.

Rodon was on a roll before the All-Star break. That and White seeming like a starter to fade makes the Giants a live underdog