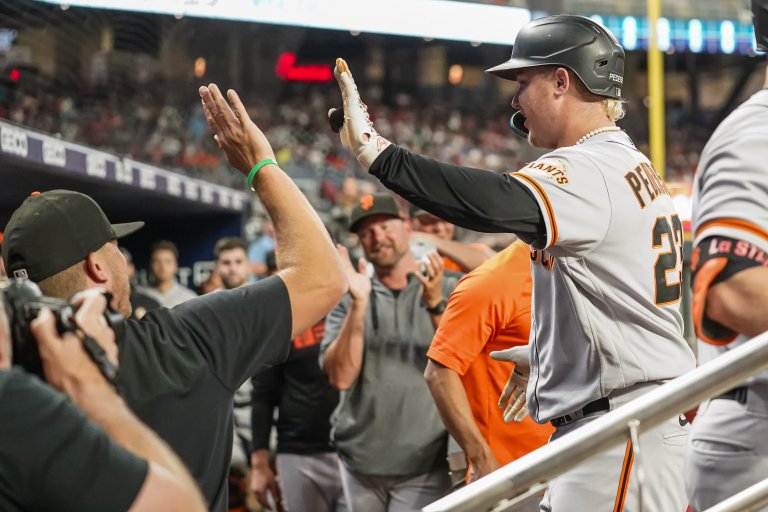 The Atlanta Braves are -160 home favorites in a National League afternoon game scheduled for Thursday, June 23
Atlanta is 18-3 straight up in the month of June
All of the Giants vs Braves odds and picks are featured in the following story

A year ago, the Atlanta Braves (40-30, 22-15 home) and San Francisco Giants (38-30, 19-16 away) were the talk of baseball. The Giants posted the best record in the National League. The Braves won the NL East and carried on through the postseason to win the World Series.

This year, things aren’t going as swimmingly for either ballclub. Atlanta sits second in the NL, 5.5 games behind the New York Mets. San Francisco is third in the NL West, 3.5 games off the pace.

As these two NL clubs complete a four-game series, it’s the hometown Braves who are set as -160 favorites. Atlanta is an MLB-best 35-26-3 on the over this season, producing a return on investment of 10.94%.

First pitch for this Thursday, June 23 game at Truist Park is set for 12:20 pm ET. The weather forecast for Atlanta is calling for partly cloudy skies, 13 mph wind and a temperature of 97 degrees.

At odds of -160, the Braves are offering an implied probability of victory of 61.54% in the MLB betting line. A successful $10 wager on Atlanta would deliver a payout of $16.30.

Wright has pitched at least six innings in each of his past five starts and in 10 of 13 trips to the hill this season. He’s 5-2 with a 2.84 ERA in eight starts at Truist Park. Wright is holding opposing hitters to a .181 batting average in home games.

He’s only faced the Giants for one inning and allowed a run in that inning, giving Wright a 9.00 ERA against San Francisco. Wright is 4-2 with a 2.82 ERA in 11 career day games.

He’s been better of late, however. Wood has won his last two starts, his first victories since May 10. Winning at Pittsburgh in his last start, Wood posted his first road victory since April 23. Overall, the San Francisco southpaw is 3-3 with a 4.25 ERA in seven road starts.

Joc Pederson is the only Giants batter to have faced Wright and he’s 0-for-2.

The Braves are 9-1 straight up in their last 10 home games.

Wright coughed up five earned runs in his last start. When he gave up a season-high six earned against Boston on May 10, Wright checked the San Diego Padres on one earned run in his next trip to the bump.