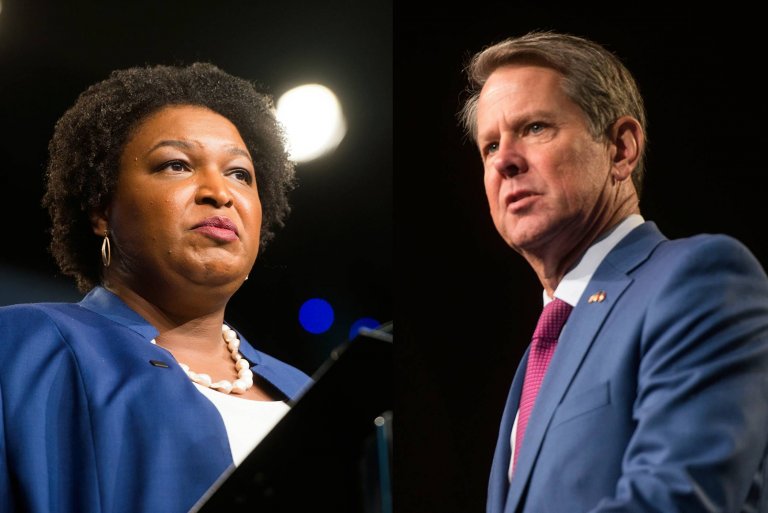 Democrat Stacey Abrams gave Republican Brian Kemp a run for his money in the 2018 Georgia Gubernatorial election. Kemp barely won, collecting 50.2% of the vote, compared to 48.2 for Abrams. The margin of victory was approximately 55,000 votes.

Four years later in the rematch, neither the polls nor the betting odds are seeing the outcome being anywhere near as close. Depending upon which poll is checked, Kemp is currently leading Abrams by anywhere from 4.8 to 5.1 percentage points.

Oddsmakers are even more bullish on the result being a Kemp victory. He’s listing as the -500 favorite. Abrams is a +350 underdog.

Odds from William Hill as of July 6th.

It’s the first time since 1950 that there’s been a rematch in the race for Governor of Georgia. The last three Governors of the state were all Republicans. Roy Barnes was the last Democrat to serve as Georgia’s Governor. He left office in 2003.

There’s a unique and some would say unfair aspect to Georgia Governor elections that Kemp is taking advantage of in the race against Abrams. It’s called the Georgians First Leadership Committee. This is a  special state fundraising vehicle enabling the governor to collect unlimited contributions and coordinate spending with his campaign.

He’s garnered $3 million alone from this fundraising device and it’s making a difference. Kemp has already raised $23 million, more than the $22.4 million he bankrolled during his 2018 victory over Abrams. Abrams has raised $20 million for her campaign.

Kemp Distances Himself From Trump

Georgians turned away from Donald Trump during the 2020 US Presidential election. Kemp has since also sought to put space between himself and the Donald, who held the White House as a Republican from 2017-20. Trump harbors bitterness toward Kemp because he refused to overturn the Georgia results of the 2020 Presidential election, when Democrat Joe Biden beat Trump by 12,000 votes.

In the Republican primaries for Governor, Trump threw his support behind David Perdue, the former US Senator from Georgia. Kemp drew the endorsement of Mike Pence, Trump’s vice-president.

The distance he put between himself and Trump paid dividends for Kemp. He whipped Perdue by more than 50 points. That doesn’t bode well for Trump to carry Georgia in the 2024 US Presidential odds should he win the Republican nomination.

Georgia Has Been Going Blue

The state of Georgia has been steadily turning blue in recent years and Abrams gets much of the credit for that fact. She was the point person for rallying voters in the state to get out and cast ballots against Trump and others on the Republican ticket. She’s also a top-20 contender for the Democratic nomination odds for the 2024 US Presidential election.

‘I want to sit in the captain’s chair’ — @staceyabrams spoke to NowThis about running for Georgia governor again and how her voyage into politics mirrors her favorite show, ‘Star Trek’ pic.twitter.com/I8A6kUWHWv

It doesn’t appear that this blue wave is going to enable Abrams to overcome Kemp, though. With Trump out of office, there’s no longer a lightning rod uniting Democrats to turn out at the polls. It also won’t help her cause that, at 36%, Biden’s approval rating is as low as it’s been since he took office.