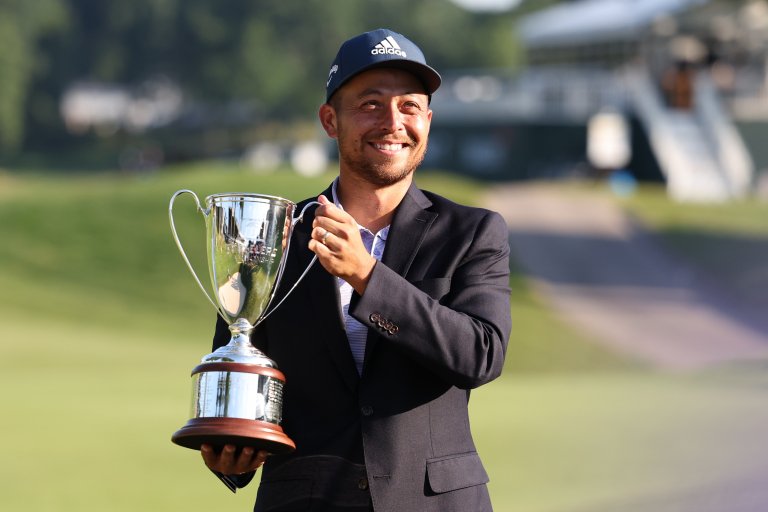 The Genesis Scottish Open from the Renaissance Club tees off Thursday, July 7th
Scottie Scheffler and Jon Rahm are +2500 co-favorites to be atop the leaderboard after day one
See the best bets and odds to grab the first-round lead in the article below

The world’s best head just outside Edinburgh, Scotland for the Genesis Scottish Open, as 14 of the top-15 ranked golfers are competing. This is the first year that it’s co-sanctioned by both the PGA and DP World Tours, as players head overseas a week before the Open Championship. Scottie Scheffler, Justin Thomas and Jon Rahm are all +1200 co-favorites to snag the title in such a stacked field.

With there being so many big names competing, that pushes down the odds for the mid-tier golfers. That allows plenty of opportunities for sleepers and longshots to make some noise this week at the Renaissance Club.

Odds as of July 5th at DraftKings Sportsbook.

The forecast calls for it to be mainly sunny throughout the day. Temperatures will be in the mid 50’s for those starting in the morning, reaching mid 60’s for the afternoon wave. Wind gusts will be pretty well the same for the duration of the day, hovering around 15 miles per hour.

In his last six starts, Xander Schauffele (1:05pm tee time) has claimed two trophies (one was the Zurich Classic, a team event), including in his last tournament, the Travelers Championship. He followed that up with a victory in the two-round exclusive JP McManus Pro-Am in Ireland, where the whos who were playing.

In those six tournaments, he’s posted nothing worse than a tie for 18th, leading to his ‘strokes gained’ stats to be phenomenal across the board.

He’s tied for 19th in first round scoring on the campaign, where he hasn’t shot worse than 72 in his last six attempts. Last week at the Travelers, he opened with a scintillating 63, and he’s comfortable on this track, finishing T-10th last year, making him a prime target.

Sam Burns (8:25am) has made a habit of being on the first page of leaderboards quite often this season, as he’s racked up three victories. He’s scored beautifully, ranking seventh in scoring average and birdie average.

Though he did miss the cut last week, it wasn’t like he played horribly with a pair of 70’s. Burns is harnessing his immense talent, and the world #9 has put together some impressive numbers of late.

Like Schauffele, Burns also had a respectable showing at the 2021 Scottish Open, where he tied for 18th. He’s playing early in the morning which will help as the course won’t be as beat up, so he’ll have a great opportunity to go low to jump out in front.

Joaquin Niemann (7:55am) has the third best scoring average on Thursday’s this season, to the tune of a 68.35 clip. In the last eight opening rounds, the Chilean sensation is third in SG: putting, 4th in total strokes gained and eighth tee-to-green.

Niemann has shot 67 or better on seven occasions in his opening 18 holes on the campaign, and he’s 15th in birdie average. He’s coming off two tournaments where he wasn’t a sharp, pushing his number down to a +5000 ticket, making him an intriguing sleeper option.