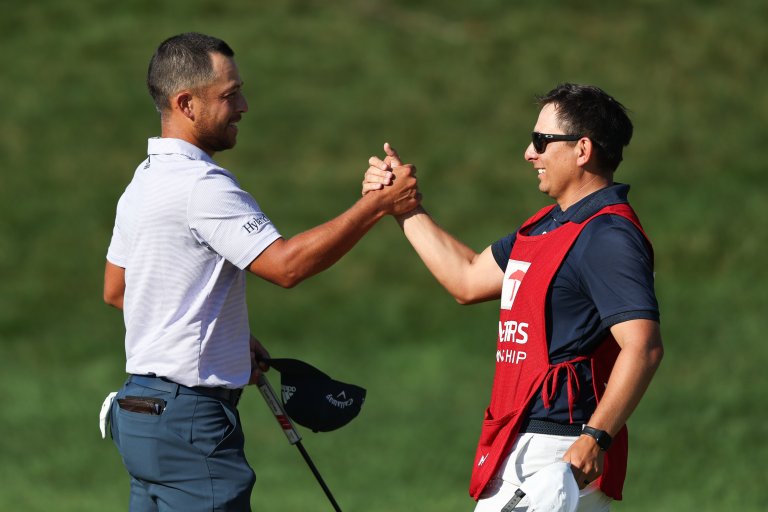 It took longer than expected, but the cream has risen to the top at the Scottish Open. Xander Schauffele, the hottest player on the planet at the moment, fired a 4-under 66 on Saturday to take a two-stroke lead into Sunday’s Final Round.

Schauffele won his last PGA Tour start at the Traveler’s Championship, and proceeded to win the JP McManus Pro-Am title earlier this week.

Odds as of July 9th at DraftKings Sportsbook.

Rafa Cabrera Bello will be paired with Schauffele in the final group, after a 3-under 67. Jordan Spieth, who tied Schauffele and Max Homa for low round of the day on Saturday is three shots back, while U.S. Open champ Matthew Fitzpatrick is four strokes off the pace.

X Gon Give It To Ya

There aren’t too many golfers more consistent than Schauffele on a week-to-week basis. He’s missed two cuts since last May and has finished inside the top-20 in 14 of his past 21 starts. He won the Olympic Gold medal in Tokyo and has at least one top-10 result in every single Major.

That’s why it was so shocking that he went more than two years without a conventional stroke play victory on the PGA Tour before his win at the Traveler’s. Now that he snapped that streak, however, it appears like the floodgates are about to open.

Our leader heading into the final day…

His Open Championship odds have already been slashed to +1600, and his game this week justifies the oddsmakers decision. He ranks first in the field in strokes gained tee-to-green, seventh in strokes gained approach, and fifth in around the green play.

His putter held him back on Thursday, but it’s heated up on back-to-back days and only three players gained more strokes with the flat stick on Saturday than Schauffele.

If you’re looking for a reason to fade him, he did end the round with back-to-back bogeys, but that was after he went 16 holes without carding one.

Xander Schauffele struggles down the stretch, but still shoots a round of -4, 66 at The Renaissance Club, and he will go into Sunday with a 2 shot lead at the Scottish Open. ✅?

Hard fought round today, just has to not let those 2 bogeys get him down at all… pic.twitter.com/uQ5WL628Al

Sunday’s weather looks much calmer than the previous two days, which should lead to optimal scoring conditions. If that’s the case, Xander is going to be tough to beat, and it’s going to take a magical round from one of the chasers to run him down.

Jordan Spieth (+650): There’s plenty of big names lurking that can go low, which is why I’m going to pass on Schauffele despite his impeccable form. The first name on that list is Jordan Spieth, who was making outrageous shots all day on Saturday. He started with two birdies in his first three holes, and added two eagles later on. One of which was a hole-out from 108 yards, which sent the fans into a frenzy. As usual with Spieth, there were plenty of bogeys to go along with the heroics, but if he can eliminate those mistakes a low 60’s round is in his range of outcomes.
Max Homa (+4500): It’s impossible not to root for Homa. After making the cut on Friday he proceeded to play a twilight round at another prestigious nearby course, and clearly he found something. The social media star tied the low round of the day on Saturday, finishing top-seven in the field in strokes gained tee to green, off the tee, around the green and putting.
Dean Burmester Top-10 (+800): He’s been horribly let down by his putter through three rounds, but if that flips on Sunday look out. Burmester ranks fourth in strokes gained tee to green for the week and second in strokes gained off the tee. He’s also well above field average in approach and around the green play. At even par he’s probably too far back to make a run at the title, but +800 odds on a top-10 finish is too good to pass up.