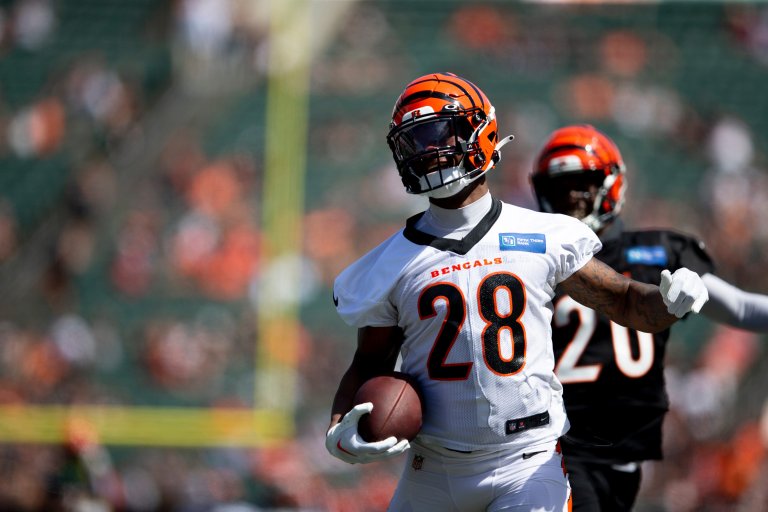 The Buffalo Bills, Tampa Bay Buccaneers and Los Angeles Rams top the 2022 SBD against the spread NFL power rankings
History suggests four of the top 10 teams on this list will be missing the NFL playoffs
Which four teams among this group are the best bests to fail to make the NFL postseason?

When it comes to assessing which clubs are going to make the NFL Playoffs, the SBD against the spread NFL power rankings should be a solid indicator. This analytical data combines a team’s strength of schedule with their combined game-by-game odds.

The NFL power rankings offer a preseason assessment of which NFL teams figure to be elite during the upcoming campaign. Here’s a look at the top 10 teams on this list, along with their odds of making or missing the NFL Playoffs.

At a betting line of -650, the Tampa Bay Buccanneers are offering the best implied probability of making the playoffs at 86.67%. Bet $10 on Tampa Bay to make the playoffs and if the Buccaneers are indeed postseason participants, the payout will be $11.50.

An NFL Playoffs Believe It or Not

Certainly, this top-10 list could be considered a who’s who of elite NFL squads. Get ready to call Ripley’s though, because when it comes to assessing the NFL playoff odds, history shows that there’s a 40% chance of missing out on postseason play among this group.

Which one of these teams is most likely to miss the playoffs? #NFL pic.twitter.com/FtK6UJs7qW

The teams in this top-10 group are leading favorites in the NFL Conference championship odds. Almost all of them are assigned double-digits in the NFL win total odds. Yet the past year saw four of the top ten miss out on postseason play.

Based on that number, which four teams might be the best bets to be playoff outsiders in 2020? Let’s take a look at the possibilities and probabilities to be considered in your NFL betting strategies.

Which of the top-10 teams in the NFL power rankings figure to be part of this less than Fab Four? Well, right off the bat, the San Francisco 49ers look to be vulnerable.

Then there’s the switch at quarterback, where second-year man Trey Lance is taking over for Jimmy Garoppolo with just two NFL starts under his belt. That worked out well a few years back for the Kansas City Chiefs when they went from Alex Smith to Patrick Mahomes. Hands up everyone who thinks that Lance will be the second coming of Mahomes.

The Green Bay Packers have taken advantage of residing in the weak NFC North for several years. This season, that party comes to an end. Minnesota is a strengthened squad and has competent coaching in place. Detroit is trending upward. Meanwhile, the Packers are minus All-Pro wideout Davante Adams and were among the worst defenses in the NFL at stopping the run last season.

Their schedule strengthens and opponents are taking them more seriously. Regressing even a bit from a 10-7 season likely means no playoffs for Cincinnati.

Drop your hot take for the upcoming NFL Season 👇

We’ll go first: The Chiefs will finish last in the AFC West and miss the playoffs pic.twitter.com/FwtEdfvCow

Could the Chiefs actually miss the playoffs? Kansas City has won seven successive AFC West titles. The Chiefs are averaging 11.85 wins per season over that span. But All-Pro wideout Tyreek Hill is gone.

Last season, KC opened 3-4 before rallying to win nine of their last 10 games. Top to bottom, the AFC West is the NFL’s deepest group. The Chiefs won’t survive another slow start.