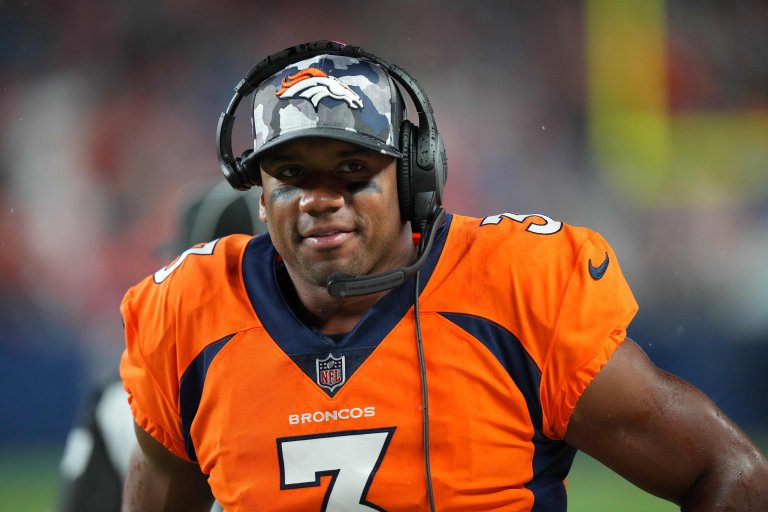 According to the SBD win probabilities, the Denver Broncos, Tennessee Titans, Dallas Cowboys, Tampa Bay Buccaneers and Kansas City Chiefs are the NFL teams most likely to go under their 2022 win totals
These projections are based on a predictive model created by SBD editor-in-chief Matt McEwan
See how the model works and why these NFL teams are the best bets to go under their win totals in the following story

There’s excitement in NFL circles about the Denver Broncos. Each of the Dallas Cowboys, Tennessee Titans, Kansas City Chiefs and Tampa Bay Buccaneers were playoff teams a year ago. Two of them are among the last three squads to win the Super Bowl. One was the AFC’s #1 seed last season.

And yet there is doom, despair and agony ahead of all of these teams during the 2022 NFL season. Okay, maybe that’s a bit extreme. Disappointment. Yeah, that’s a more appropriate adjective to describe what’s coming for these clubs.

Each of this group of five is projecting to go under their NFL win totals for the 2022 NFL season,

The data suggesting that these five clubs aren’t likely to meet their projected win totals is based upon the NFL record predictions based on the SBD Win Probability Calculation created by SBD editor-in-chief Matt McEwan. It is an entirely data-based product. Opinion and guesswork don’t enter into the equation.

McEwan starts by converting the spreads on every NFL game to implied probabilities to simply win the game. He then calculates every win-loss combination for a 17-game season. Did you know there are 131,072 possible outcomes? There may only be one way to win 17 games, and 17 different ways to go 16-1 (depending on which game a team loses), but there are 24,310 different ways to go 8-9.

There are 8 NFL teams with double-digit win totals this season.

Next, going one team at a time, McEwan input their probabilities to win or lose each game of the season and he added together all win-loss combinations that result in the same number of wins. When all those calculations were complete, the probability for each team to win zero through 17 games this season was revealed, as well as the teams who were most likely to go over and under their win totals.

NFL Teams Most Likely to Go Under 2022 Win Total

Caesars Sportsbook is already joining in on the doubting Denver crowds. Their oddsmakers have dropped the win total on the Broncos down to 10 from its opening line of 10.5. The under odds are set at -110. That gives the Broncos an implied probability of going over that’s set at 52.38%. A winning $10 wager on Denver to go under would garner a payout of $19.10.

When the Broncos dealt for Super Bowl-winning quarterback Russell Wilson in the offseason, the excitement level in the Mile High City was, well, a mile high. The popular theory was that Denver was an elite QB away from being a legitimate Super Bowl contender.

And that might be true were they getting prime Wilson and not a soon to be 34 year old whose every analytic is indicating a player in decline. Wilson’s touchdown passes dropped from 40 to 25 last season, despite the fact he was throwing to a pair of the most talented NFL receivers in Tyler Lockett and DK Metcalf.

How many wins will he get with the @Broncos this season? pic.twitter.com/krvwYHJiwf

As well, in the group of death also known as the AFC West, it’s difficult to envision Denver finishing better than third. The Broncos are assigned an NFL-high 69.1% chance of going under their win total of 10.5. Remember this is a team riding a five-year streak of losing seasons.

If there’s a team in the NFL where alarm bells are sounding, it’s Tennessee. It certainly appears as though they are retooling after winning the AFC’s top seed a year ago.

Ryan Tannehill is 4 months away from being Jimmy Garroppolo’d out of Tennessee.

Ryan Tannehill’s days as the Titans’ #1 QB diminish with every snap that Malik Willis takes. Will Derrick Henry return to the form he held as the NFL’s most punishing running back prior to last season’s foot injury? And how is it possible to expect a team not to regress when they’re dealing away AJ Brown, their #1 wideout?

Even at 9.5 wins, they’ll be hard-pressed to go over that total.

For those who prefer to view America’s Team as Satan’s Choice, there will be no shortage of delight in learning that Dallas is given a 66.6% chance of going under the club’s projected win total of 10.5. The Cowboys are the +130 chalk to capture the NFC East in the NFL Division odds.

I Bet Mike McCarthy hates coaching for that Cowboys I bet none of his GreenBay teams came close to leading the league in penalties he comes to Dallas and wallah everyone gets flagged 😂 pic.twitter.com/cOEoeZQ56O

The problem is that the Cowboys can’t escape from the penalty phase. Dallas was flagged 17 times for infractions in the team’s preseason opener. Last season, the Cowboys were assessed an NFL-high 127 penalties.

This is the NFL’s most undisciplined team.

Should You Bet Against Brady?

Ever since Tom Brady decided he wasn’t the retiring type, the hype train is revving up in Tampa Bay. A NFC South title for the Buccaneers should be a given considering the sudden dearth of talent in the division.

Maybe it will be too easy for Tampa Bay. With no perceived threat to their reign over the division, might complacency set in for the Buccaneers.

Even if they were to go 11-6, Tampa Bay still wins the division easily. So betting the under on 11.5 wins doesn’t seem an illogical choice.

Steep Hill to Climb for Chiefs

No NFL team has been better than Kansas City over the past four seasons. The Chiefs have won 50 games, gone to four straight AFC Championship Games, won a Super Bowl and played in another.

Will the @Chiefs continue to dominate the AFC West this season? pic.twitter.com/yRm2fsIAUm

Realistically, there’s only one direction for them to go, and it isn’t the right one. It doesn’t help that KC is drawing the toughest strength of schedule in the entire NFL this season. On top of that, they dealt wide receiver Tyreek Hill, arguably the NFL’s most dangerous deep threat.

Kansas City getting over 10.5 wins could be a tough ask in the deep AFC West.