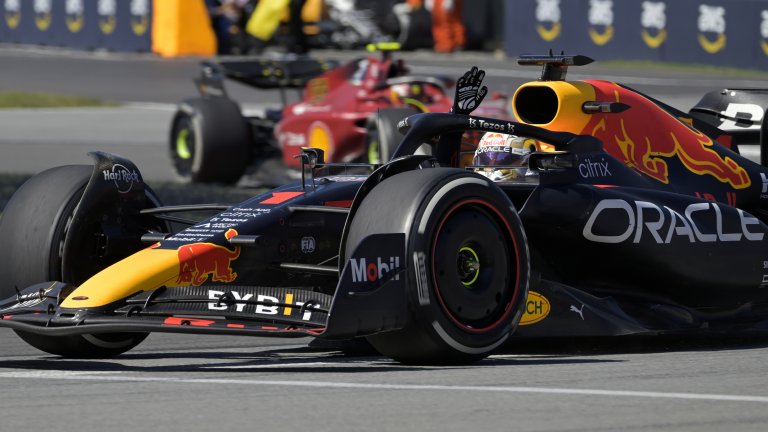 All eyes will be on Ferrari teammates Charles Leclerc and Carlos Sainz when they hit the track this weekend for the Austrian Grand Prix. Fresh off his first career F1 victory, Sainz travels to Austria closely trailing the betting favorites with +800 odds. Leclerc trails only betting favorite Max Verstappen as a +235 wager in the Austrian Grand Prix odds despite enduring yet another frustrating outing at last weekend’s British Grand Prix, which has cast doubt on his future with the Italian automaker.

Here’s a look at all the odds and trends ahead of Sunday morning’s running of the 2022 Austrian Grand Prix at 9:00am ET at Red Bull Ring.

It was another race marked by bad luck and questionable team orders for Charles Leclerc last weekend at Silverstone. The 24-year-old looked to be well positioned to challenge for a podium for the first time in five races after finishing third in qualifying. However, after Ferrari failed to seize the opportunity to bring him in for a pit stop during a safety car midway through the contest, Leclerc was unable to maintain his lead in the race, and was forced to settle for a fourth-place finish.

Speculation about Leclerc’s relationship intensified after he engaged in an animated post-race conversation with Ferrari boss Mattia Binotto, followed by tempered comments to media. With Ferrari now increasingly looking like a house divided, sports bettors face a challenge in deciding which Prancing Horse to back this weekend.

Can’t understand why Ferrari didn’t pit Leclerc when the safety car came out?! Left him completely vulnerable to attack.

While Sainz has struggled at times to maintain control of his car on the track, he has demonstrated increased maturity as a driver. Indeed, the talented Spaniard has earned his improved odds by finishing top two in three of the past four rounds, and has also tallied fifth-place finishes in each of his past two appearances in Austria.

Of course, Leclerc remains the superior driver in qualifying, seizing the pole six times so far this season. However, his past middling results at Red Bull Ring, capped by last year’s eighth-place finish, combined with his continued underperformance this season dramatically diminish his value as a second favorite.

For the second time this season, the starting grid for Sunday’s race will be determined by a qualifying sprint. That is good news for Max Verstappen, who is perched as a -110 favorite in the Austrian Grand Prix odds.

Verstappen has also been a dominant force at this event, which he has won three times over the past four years. Barring any unforeseen circumstances that would force the defending F1 champion out of the race, it is tough to overlook the value that Verstappen offers as both the race favorite and +120 chalk to win qualifying.

Technical upgrades have paid dividends for Lewis Hamilton, who arrives in Austria sporting +1400 odds after tallying his second straight third-place finish. It has been a tough season for the Mercedes superstar, who failed to reach the podium in seven straight races after opening the season with a P3 performance in Bahrain.

This is now Lewis Hamilton’s longest winless streak during his F1 career. He’s gone 11 races without a victory. Incredible to think how consistent he’s been for the last 15 years! pic.twitter.com/EG9MifO5Wu

Hamilton has posted top five performances at the Austrian Grand Prix on seven previous occasions, but has failed to claim pole position since 2016. Indeed, Hamilton’s race fortunes will likely hinge on a strong qualifying performance, but he remains an intriguing +180 to reach the podium at this race for the fourth time in his career.

While Ferrari captured the spotlight in Britain, it also proved to be a breakthrough race for the Haas, which claimed its first double points finish of the season. Mick Schumacher earned his first career F1 points with an eighth-place performance while teammate Kevin Magnussen finished 10th.

Haas’ Kevin Magnussen and Mick Schumacher anticipate the second sprint weekend of the season at the Austrian Grand Prix.https://t.co/9ax6IK0qiV pic.twitter.com/ZOokd8GGHh

It is tough to overlook the steady progress Schumacher has made this season. The son of the legendary Michael Schumacher has demonstrated greater confidence, and has even successfully engaged in some head-to-head racing with Magnussen. Accordingly, he is worthy of a value bet to finish top ten again this weekend.