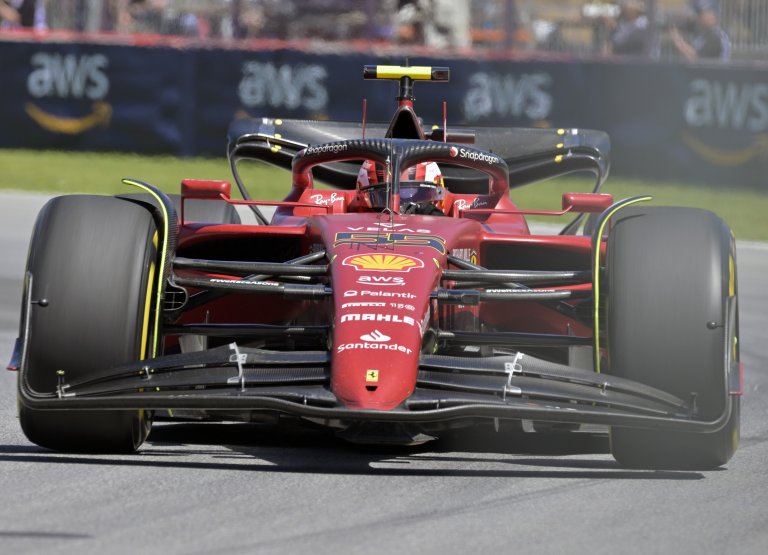 Max Verstappen and Charles Leclerc lead the way in odds to win this weekend’s Hungarian Grand Prix
Strong performance last weekend has lifted Carlos Sainz Jr. among the favorites
Read on for all the odds and trends ahead of Sunday morning’s running of the 2022 Hungarian Grand Prix at Hungaroring

Max Verstappen will be aiming to end a decade-long victory drought in Hungary for Red Bull Racing when he returns to action at this weekend’s running of the 2022 Hungarian Grand Prix as a +125 favorite in Formula 1 odds. Looking to rebound from a disastrous weekend in France, Charles Leclerc closely trails as a +150 bet, while his Ferarri teammate Carlos Sainz Jr. rounds out the top of the odds board at +650.

Here’s a look at all the odds and trends ahead of Sunday morning’s running of the 2022 Austrian Grand Prix at 9:00am ET at Hungaroring.

*Odds taken at DraftKings on July 26, 2022. Use this DraftKings Sportsbook promo code before betting.

What Is Going on at Ferrari?

For the third time this season, Charles Leclerc crashed out while leading the race in last weekend’s French Grand Prix. Publicly apologetic for an error that led to a crash on lap 18 that ended his day, Leclerc now lags Max Verstappen by a massive 63-point margin in the F1 Drivers Standings.

But in defense of Leclerc, his on-track errors are not the only problems plaguing Ferrari. Admittedly using cars that can keep pace with archrivals Red Bull Racing, but that are also prone to technical problems, Leclerc and teammate Carlos Sainz Jr. have now failed to finish on a combined seven occasions.

? THAT moment ? The team tells Carlos to box, just as this scrap is unfolding: pic.twitter.com/Q27neoIuRJ

Of greater concern, however, are the often-inexplicable team orders being delivered midrace to Ferrari drivers on team radio. From sloppy pit stops that have resulted in penalties, which have subsequently been miscommunicated to drivers, to orders to pit that have come at the most inopportune times, Ferrari have emerged as their own worst enemy in what is quickly evolving into a season of blown opportunities.

Sainz on the Rise

Given his debacle in France, it is pretty tough to get behind Leclerc as a second favorite despite the impressive pace his car has shown. Overall, the Monaco native has reached the podium just twice since opening the season with wins in two of three races.

Conversely, Carlos Sainz has finally found his groove. A first-time F1 winner earlier this month at the British Grand Prix, Sainz clearly benefited from upgrades that forced him to start from the back of the pack last weekend, powering his way to fifth place despite battling his own team on the radio.

A third-place finisher at this event a year ago, Sainz has finished in the points in all but his first of seven appearances in Hungary. And in addition to offering enormous value as a +650 bet to take home the checkered flag, the talented Spaniard should not be overlooked as a +450 wager to be the weekend’s fastest qualifier.

The Hungarian Grand prix could not have come at a better time for Lewis Hamilton. A seven-time winner at this event, Hamilton looks to be peaking following a second-place finish in France that marked his fourth straight trip to the podium.

Lewis Hamilton is the only driver to have been consecutively on the podium in each of the last 4 races ? pic.twitter.com/K2pO5JuPL3

Keeping pace with the frontrunners is likely to still be a challenge for Hamilton and his Mercedes teammate George Russell. However, the seven-time F1 champion is an attractive +110 bet to return to the podium. And given Russell’s continued consistent performance, the Silver Arrows should be considered a near-lock as -250 bet to produce a double top six finish.

Haas saw a stretch of two straight double points finishes snapped last weekend in France. But fans of the American F1 team should not be discouraged. Indeed, last week’s disappointment has sweetened the value in the odds on Mick Schumacher and Kevin Magnussen.

Fantastic start, getting from P20 to P12 in two laps. But we were unlucky with the safetycar again – and then came the contact with Latifi, which unfortunately took us out of the race. We’ll fight back next weekend ? #HaasF1 #F1 pic.twitter.com/GP3iRBG9rL

Forced to start from the back of the pack due to penalties related to engine upgrades, Magnussen showed impressive pace before being forced to retire due to a collision with Nicholas Latifi, which should benefit him in this weekend’s race.

Mick Schumacher after qualifying: “Those are the new rules. There’s nothing I can do about it.”; “We had the speed for Q3. We will discuss this with the stewards and race control. It was by millimetres. But they made their decision, won’t change it anymore.” #BILD #FrenchGP #F1

Schumacher looked to be on his way to another strong qualifying performance before having his best lap time of the day deleted due to track limits, leading to an early exit. However, the son of the legendary Michael Schumacher has made impressive gains over the past month. And considering that Hungary was the scene of Schumacher’s best finish a year ago, and the positive results of Magnussen’s upgrade, Haas offers intriguing value as +300 bet to produce yet another double points finish.