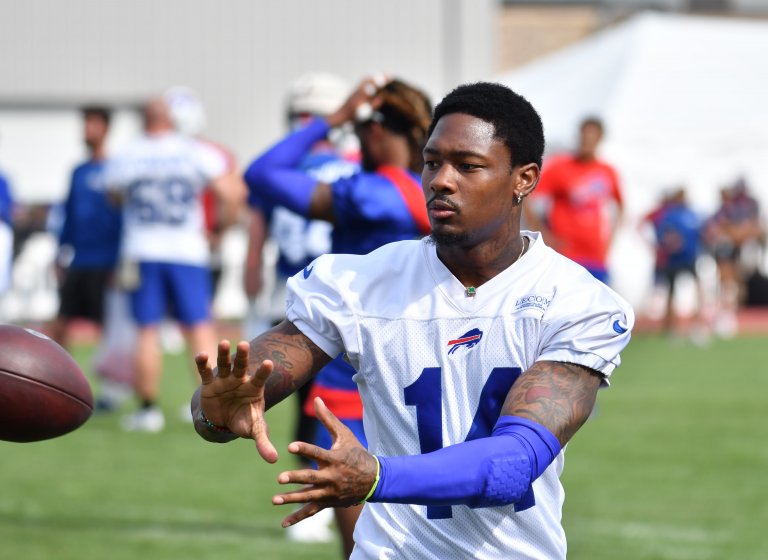 It’s a tight group at wide receiver among those who’ve led the NFL in receptions in recent years. Since 2014, just seven players have topped the league in this category.

Michael Thomas of the New Orleans Saints (2018-19) did it in successive years. Among other active players, Cooper Kupp (2021) of the Los Angeles Rams, Stefon Diggs of the Buffalo Bills (2020) and Julio Jones (2015) of the Tampa Bay Buccaneers are recent leaders.

Oddsmakers are banking on Kupp retaining his crown. He’s the +450 favorite to again have the most wide receiver receptions during the 2022/23 NFL season.

However there are four other players listed with a betting line of +900 or shorter. They include Diggs, Davante Adams of the Las Vegas Raiders, Keenan Allen of the Los Angeles Chargers and Justin Jefferson of the Minnesota Vikings.

History Not On Kupp’s Side

While Thomas recently did lead all NFL wide receivers in receptions in back-to-back campaigns, the chances of Kupp also doing so would appear to be remote. Prior to Thomas, you have to go all the way back to Green Bay’s Sterling Sharpe in 1992-93 to find the previous WR to win the reception title in successive years. Before that, you have to go back to the early 1960s to find a wideout leading in receptions in consecutive seasons.

His previous high in receptions was 94 in 2019, so Kupp did make a quantum leap last season. It’s only natural to anticipate there will be a regression in 2022.

Ever since arriving in Buffalo in 2020, Diggs has turned into a pass-snaring machine. He’s caught 230 balls over the past two seasons, topping 100 catches both seasons.

With Gabriel Davis emerging as a productive NFL receiver and tight end OJ Howard coming on board through free agency, Bills QB Josh Allen will have plenty of passing options at his disposal.

Stefon Diggs is the best wide receiver in football. pic.twitter.com/LMkOvmljR0

That’s also going to make it difficult for opposing defenses to place additional focus on stopping Diggs. Another triple-digit season in receptions for this wide receiver certainly seems likely.

Allen and Adams both joined Diggs in going over 100 receptions in each of the past two seasons. Adams caught 123 balls last season in Green Bay. With the Raiders, he’ll be joining Hunter Renfrow, who caught 103 passes last season.

From Inside Training Camp: The #Vikings are going to have some fun with WR Justin Jefferson. pic.twitter.com/0DqZurXnsG

Minnesota’s Justin Jefferson went from 88 catches as a rookie in 2020 and jumped up to 108 last season. Another step forward like that could make him a solid value play.

Still, when playing this NFL futures bet, it’s hard not to go with the proven commodity. Since arriving in Buffalo, Diggs and 100 receptions are constant companions.