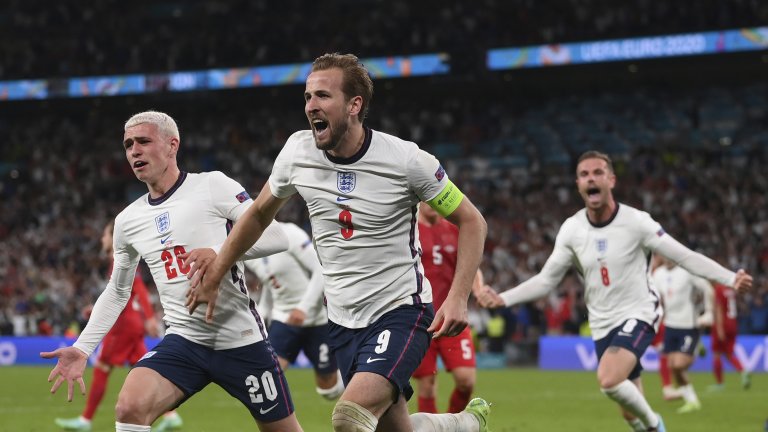 It’s England vs Italy on Saturday, June 11 in the UEFA Nations League
Italy beat Hungary 2-1 at home in midweek while England drew 1-1 in Germany
We preview the game, look at England vs Italy odds, and offer some picks below.

It is England vs Italy in Wolverhampton in round three of the 2022-23 UEFA Nations League on Saturday, June 11 at 2:45 pm ET. England is currently rooted at the foot of Group A3 with one point, while Italy tops the group on four points.

The game in Molineux will be played in front of just 3000 fans – mainly children – after UEFA charged England for failing to control their supporters before, during, and after last summer’s European Championship Final.

We preview England vs Italy and offer below some analysis and picks for this huge Nations League clash.

Odds as of June 10 at Caesars Sportsbook.

If you’re relatively new to betting on this sport and want to know about Asian Handicaps and Pointspreads then our page offers help on how to bet on this game and other summer internationals.

While England may currently be bottom of Group A3, these games are being used by Gareth Southgate as part of his squad’s preparations for Qatar. In the World Cup odds, England is listed as the third favorite at +600.

In the here and now, Southgate’s men will be relieved to have a Nations League point on the board after Harry Kane grabbed a late equalizer in Munich to earn his team a barely deserved 1-1 draw against Germany.

24 players are out training at St. George’s Park, with @Kalvinphillips working [email protected] will join Gareth Southgate for our pre-match press conference at 2.30pm. pic.twitter.com/jQlnpNDNRj

In the first half, the Germans were in control with 19-year-old Jamal Musiala, in particular, a constant threat to a hesitant England back-four, but it still took the home side until five minutes into the second half to take the lead.

Grealish Makes the Difference in Munich

Hesitancy in the heart of the England defense allowed Jonas Hofmann to find space and send a deflected shot past Jordan Pickford and for long spells it looked a matter of time before the Germans made it 2-0. But that goal never came.

In the end, Gareth Southgate’s decision to bring on Jack Grealish and Jarrod Bowen proved decisive with both helping to make England more effective as an attacking force, and it was Grealish’s deflected pass that led to Kane being fouled en route to goal with just two minutes remaining for the crucial penalty.

Italy Sit Top of the Group

Despite fielding a very inexperienced team in their home tie with Hungary, Roberto Mancini’s men were quick out of the blocks in Cesena and 2-0 up by halftime, with goals from Barella and Pellegrini.

It all appeared comfortable for the Italians until Hungary – who beat England 1-0 last Saturday – pulled a goal back on 61 minutes via a Mancini own goal. Despite a nervous closing half-hour, the Italians held on for the win that took them to the top of the group.

The Italians’ win over Hungary came just four days after a 1-1 home draw with Germany that saw an equally inexperienced Italian team take a 70th-minute lead through Pellegrini before conceding an equalizer just three minutes later.

For Mancini’s men, this is a period of rebuilding after the European champions missed out on making it to Qatar 2022 – losing 1-0 to North Macedonia in a playoff.

Given how even I expect this game to be, there is little value in betting on the home win. England’s struggles in both Budapest and Munich revealed a team in need of a rest after a long season, and this is set up for an Italian win.

At approaching 4/1 for the away win, the value here is undoubtedly with an Italian victory in Wolverhampton.