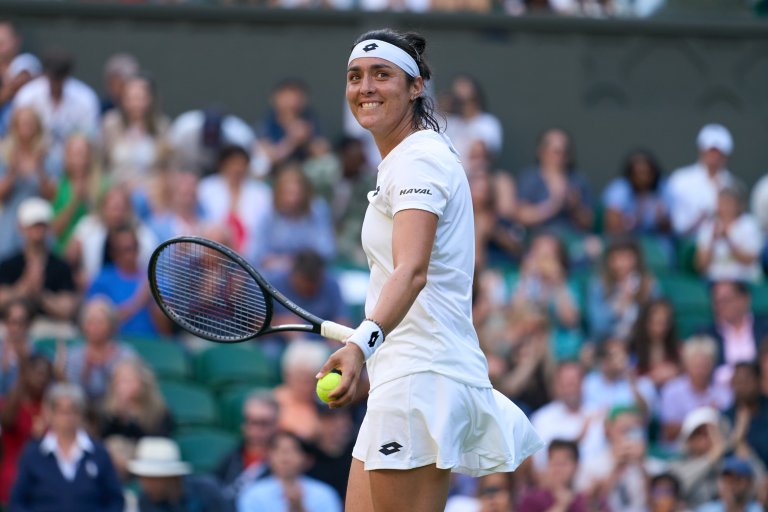 The Wimbledon women’s singles final will be played on Saturday, July 9th
Ons Jabeur is the favorite to win with -150 odds
Continue below for odds, preview and best bet prediction of this final match

Then there were two. After two weeks of play the final match for women’s singles at Wimbledon has been set, and 17th seed Elena Rybakina will go up against third seed Jabeur.

Jabeur’s Wimbledon odds have steadily shorten from last December to now. But it’s Rybakina’s that took a massive leap to +11000 at the end of June.

The 23-year old is one match away from winning her first Grand Slam, in her first major final appearance. Rybakina stunned former champion, Halep in a 6-3, 6-3 win to book her spot.

She’s had a stellar tournament over the past two weeks, only dropping one set. She found herself down in the quarterfinals against Aussie Ajla Tomljanovic, but managed a comeback to continue to run.

On route to the final, Rybakina has not only defeated Halep, but sent Bianca Andreescu home in the second round, and defeated Petra Martic in the fourth. She’s really been able to shine this year in Wimbledon.

Her biggest assets this tournament has been her serve, which has allowed her to sit at the top for the most aces this season with 219. Her serves have been ruthless, and the quickness of the grass just continues to work in her favor.

The only thing standing in the way of her and her first Grand Slam trophy is Jabeur. Can Rybakina upset?

Wimbledon Betting Promo Code: Bet $10 and Win $200 if Any Player Records an Ace

27-year old Jabeur became the first Arab woman and first African woman to reach this final stage of a Grand Slam when she defeated Tatjana Maria on Thursday.

Jabeur came out strong against Maria, winning the first set fairly easily. But Maria wasn’t going down without a fight, and took the second set, forcing a third. But by the time the decider rolled around, Jabeur had taken control, and was able to win 6-2, 3-6, 6-1.

She breezed through her first four matches, but her past two have given her a bit of trouble, seeing them both go the distance.

Does Jabeur have what it takes to win this final match?

Rybakina and Jabeur have faced each other three times before, but this will be their first matchup in 2022. Their first ever meeting came back in 2019 at the Wuhan Open, where Ryabkina won in three sets. And their most recent head-to-head match came at the 2021 Chicago Fall Tennis Classic, where Jabeur won after Rybakina retired in the second set.

Both players will be coming into this match on a high. This is a first for both, and it’s exciting. But We’ll see who’s able to control their nerves the best, as that’s definitely something that could come into play.

As mentioned, one of Rybakina’s strongest assets is her serve, and it should continue to be in this match against Jabeur. But one of Jabeur’s strongest assets in her game, is her variety of shots. It can get pretty difficult for her opponents to be able to read her.

With all that being said, this match could go to either play, but look for it to go the distance.