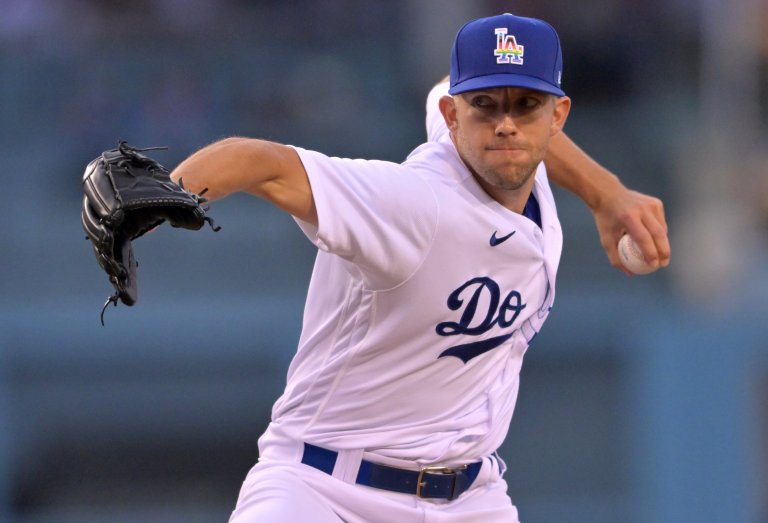 Every team is bound to go through rough patches during a 162-game season. Nevertheless, it’s shocking to check the LA Dodgers schedule to see they’d lost three straight and six of eight entering play on Wednesday versus the Chicago White Sox.

On the flip side, Chicago endured a brutal 2-7 stretch over the final week of May and start of June, but has bounced back with three straight wins. One of those victories came over the Dodgers in the series opener, but oddsmakers are siding with LA for the finale on Thursday afternoon.

The Dodgers opened up as -120 moneyline favorites, in a contest that features a total of 8.5. First pitch is scheduled for 2:10 pm ET at Guaranteed Rate Field in Chicago, IL, with clear skies and 73 degree temperatures in the forecast.

Despite the recent skid, LA remains the top contender in the World Series odds. They couldn’t ask for a better option to get them back on track on Thursday, as the undefeated Tyler Anderson will get the ball.

The 32-year-old began the year as a newcomer on his fifth team and had never posted a winning season. Eight starts into his Dodgers career and he’s 7-0, with the seventh best ERA in baseball (2.59). He’s tossed three consecutive scoreless starts, and hasn’t allowed a run in 26 innings, the second longest scoreless streak of the season.

For the first time in his career Anderson is featured on the NL CY Young odds board, but he’s not as high up as his sparkling numbers might suggest. He’s currently just inside the top-15, but has worse odds than two of his teammates Clayton Kershaw and Walker Buehler. This despite having a better win total and WAR than both, and a lower ERA and WHIP than Buehler.

Chicago meanwhile, will counter with Dylan Cease. The right-hander is riding a nice little shutout streak of his own, having not allowed a run in back-to-back starts, and in three of his past five outings.

However, the two games in which he did not shut down the opposition he was rocked. Cease coughed up seven and six runs respectively to the Red Sox and Yankees, the two best offenses he’s faced so far.

Cease has struggled with his control all season, and it’s been a major issue in his past two starts. He’s walked 11 batters in those outings, and although it hasn’t come back to bite him, dishing out free passes to baseball’s highest scoring team won’t be a recipe for success.

LA averaging a league high 5.27 runs per game, one of only three teams above the 5.0 mark. They feature multiple NL MVP odds contenders, including the favorite Mookie Betts, and also lead MLB in OPS while ranking second in slugging.

Mookie Betts’ month of May:

They’ve averaged two fewer runs per outing than their season mark over the past seven days, but their slugging and OPS numbers have been right in line with the year-to-date averages. If Cease struggles with his control, LA’s lineup will be ready to pounce.

Chicago’s recent surge has had little to do with its offense. The White Sox lineup remains one of the worst in baseball, as it sits bottom-six in runs, slugging and OPS. Things won’t get any easier on Thursday, as Chicago will be missing its best hitter Tim Anderson, as he continues to battle a groin injury.

It’s not often you get to back the World Series favorites at such favorable odds so let’s not overthink this. Tyler Anderson is pitching as well as anyone in baseball, while there is a major discrepancy in talent between the two clubs.

Consider this, LA leads the Majors with a +109 run differential which is 161 runs better than Chicago’s -52 mark. The Dodgers are also just as capable of winning on the road as they are at home, as their 19 road victories are tied for the second most in the NL.

Home field has hardly been an advantage for the White Sox, as they’re 12-14 in their own park, losing seven of their last 11 at Guaranteed Rate Field.