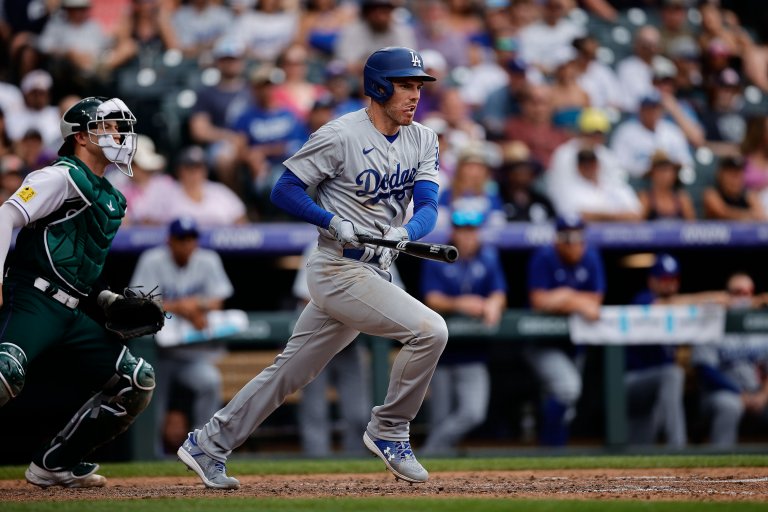 Can anyone in the National League slow down the LA Dodgers? The 2020 champs posted a 21-5 record in July and own a commanding 12-game lead in the NL West. They have four more wins than anyone else in their league, and just one fewer than the mighty New York Yankees.

Oddsmakers don’t expect the San Francisco Giants to knock off the Dodgers on Monday, as LA opened up as the road chalk in the first contest of a four-game set.

Odds as of July 31st at Barstool Sportsbook.

The Dodgers are currently a -135 moneyline favorite, in a game with a total of 7.5. First pitch is scheduled for 9:45pm ET at Oracle Park in San Francisco, CA, with clear skies and 71-degree game-time temperatures in the forecast.

LA, a top-two contender in the World Series odds, will give the ball to Andrew Heaney. The former Yankee has made just four starts all season, and is fresh off a lengthy IL stint.

In his first start since being activated Heaney showed no signs of rust. He threw 4 scoreless innings against Washington, scattering a single hit while striking out four.

The Giants will counter with longshot NL Cy Young odds contender Logan Webb. The 25-year-old is on pace to set personals best marks in innings pitched, ERA, WAR and strikeouts, while pitching brilliantly for the majority of the season.

He’s allowed two runs or less in eight of his past 10 starts, and limited this same Dodgers lineup to one run and five hits 10 days ago in a 5-1 loss in LA.

Pretty impressive job by Logan Webb. He threw 51 pitches and allowed six baserunners in the first two innings, but he walked off after the sixth having allowed just one run. Gabe Kapler was waiting with a big handshake when Webb got back to the dugout.

Considering the potency of the Dodgers lineup, Webb has fared pretty well against them in the past. He’s held LA hitters to a .233 batting average and .350 slugging percentage over 91 at-bats, numbers that are far below what we’re used to seeing from the Dodgers bats.

LA is fresh off taking three of four at Colorado, scoring 28 runs along the way. Freddie Freeman smacked three hits in Sunday’s 7-3 victory, and now owns the major league lead in hits. The top-two NL MVP odds is now one hit clear of teammate Trea Turner, who’s riding an 18-game hitting streak and led the NL in hits in 2020 and 2021.

The Dodgers lead the National League in virtually every offensive category with the exception of homers and slugging percentage, where they rank third and second respectively. One bit of injury news is that the team will once again be without third baseman Justin Turner who’s recovering from an abdominal strain.

The Giants are dealing with injuries of their own, as starting shortstop Brandon Crawford (knee), starting second baseman Thairo Estrada (concussion), starting third baseman Evan Longoria (hamstring) and starting left fielder Joc Pederson (undisclosed) are all on the IL.

Needless to say San Fran’s lineup is underwhelming at the moment. The Giants have scored three or fewer runs in six of their past nine games, and were just swept by LA last week.

LA outscored San Fran 25-13 in their four-game set, while the Giants have lost eight of 10 overall. They’re 3-6 in nine games versus the Dodgers this season, and their current form and depleted lineup don’t inspire a lot of confidence.

LA on the other hand continues to steam roll the competition and looks poised for a return trip to the NLCS at the very least. It’s rare we can bet them at such a short price so take advantage of it on Monday. The Dodgers are an NL best 33-18 on the road this season, with a slash line of .262/.340/.439.