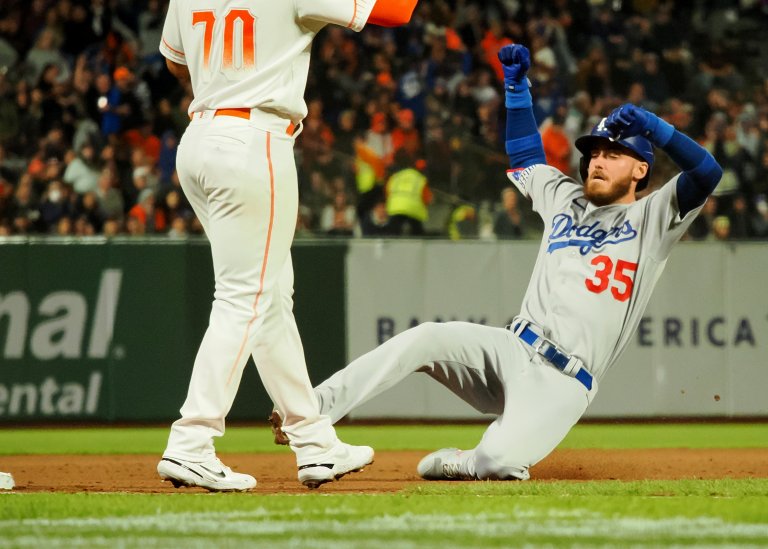 You’ll be hard pressed to find someone wanting to bet the San Francisco Giants (51-53, 29-25 home) on Thursday afternoon. San Fran will host the mighty LA Dodgers (70-33, 35-18 away) in the final contest of a four-game set, in a matchup of two teams going in very different directions.

LA has won 23 of its past 28 games, while the Giants have dropped 10 of 13 and are riddled with injuries. To absolutely no one’s surprise, the Dodgers opened up as the massive road chalk.

Odds as of August 3rd at Barstool Sportsbook.

LA is currently a -200 moneyline favorite, in a game with a total of 8. First pitch is scheduled for 3:45pm ET at Oracle Park in San Francisco, CA, with clear skies and 68-degree game-time temperatures in the forecast.

The Dodgers incredible run over the past 28 games has pulled them even with the Yankees atop the World Series odds. They’ll give the ball to Clayton Kershaw, who’s in the midst of another strong season, although his last two starts have been atypical.

The 34-year-old is fresh off surrendering five runs and eight hits to Colorado, after giving up four runs to San Fran in his previous outing. Prior to that he’d allowed two or fewer runs in all but two of his 11 starts, holding his opponents scoreless five times.

Against all teams NOT called the Colorado Rockies, Clayton Kershaw has been excellent this season, posting a 1.88 ERA and a strikeout-to-walk ratio of 7.70.

In his two starts against the Rockies, his ERA is 8.68 and his K/BB ratio is 1.75. pic.twitter.com/XjyPRPGADW

Historically, Kershaw has dominated the Giants and given the significant injuries they’re dealing with at the moment, we should expect a quality outing. Kershaw has a career 1.99 ERA over 52 starts versus San Fran, with six complete games and a 0.90 WHIP.

The Giants will counter with Jakob Junis hoping to stop the bleeding. The 29-year-old leads all San Fran starters in WHIP, and has yielded just one run total over his past two starts.

The problem is he hasn’t been going deep into games. He’s failed to make it out of the 5th inning in three straight outings, and in four of his past six starts overall.

He’s got an excellent track record versus LA batters albeit over a short sample size. Dodgers hitters are batting just .185 over 27 at-bats, but the way they’re swinging right now it doesn’t seem to matter who’s opposing them on the bump.

Top-two NL MVP odds contender Freddie Freeman has nine hits in his past four games and leads MLB in that category. The Dodgers are tops in baseball in OPS, and rank second to the Yankees in runs per game and slugging percentage. Over the past week they’re hitting .308, with an .889 OPS. Best of luck to you Mr. Junis.

The rash of injuries to San Fran’s lineup meanwhile, is finally starting to catch up to them. They’re missing four regulars (Thairo Estrada, Evan Longoria, Brandon Crawford, Joc Pederson) three of which rank top-five on the team in OPS.

Sliding into August with another W. pic.twitter.com/88kW6BanT3

The Giants have scored three or fewer runs in seven of their past 10 games and have been outscored 17-7 by the Dodgers through two games of this series.

LA has now outscored San Fran 42-20 in taking each of the last six matchups. The Dodgers lineup is mashing everything in sight, while the Giants can’t seem to get much going.

There’s no value betting LA on the moneyline, so let’s target their run total instead. The number currently sits at 4.5, a line the Dodgers have exceeded in six of their past seven contests. The fact that LA is on the road may be viewed as a deterrent, but it’s actually a bonus.