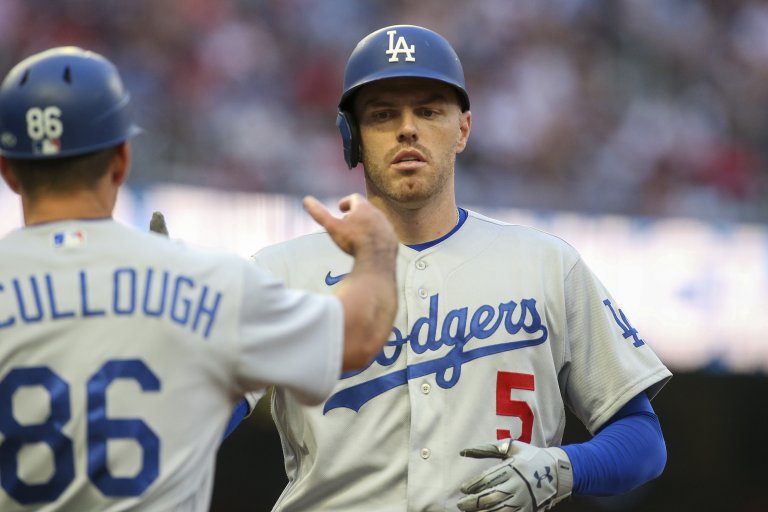 It’s only fitting that the biggest series of the weekend wraps up on Sunday Night Baseball. The Dodgers and Braves, the winners of the past two World Series, will get the primetime spotlight in a matchup that even oddsmakers consider too close to call.

Los Angeles and Atlanta’s series finale opened up as a pick’em, in a contest that features a total of 8.5. First pitch is scheduled for 7:08 pm ET at Truist Park in Atlanta, Georgia, with clear skies and 87-degree temperatures in the forecast.

The Dodgers and Braves, who’ve faced each other in the past two NL Championship Series, are both top-five contenders in the World Series odds. Atlanta entered play on Saturday having won 18 of 22 games, while LA had claimed victory in seven of its past nine.

The Dodgers will give the ball to Tony Gonsolin on Sunday, as he looks to continue his perfect season. Gonsolin is off to a 9-0 start, with eight victories in his past nine outings.

The lowest ERA in the show belongs to Tony Gonsolin

The NL Cy Young odds longshot leads the Majors in ERA and WHIP, and has yet to allow more than two earned runs in a start. He’s faced Atlanta just once in his four year career, holding them to one run over 4 innings. Current Braves batters are 2-for-19 against him all-time, with five strikeouts.

Atlanta will counter with Spencer Strider. The 23-year-old was cruising along through his rookie campaign until he ran into San Francisco on Tuesday evening. Strider coughed up a season-high six hits and six runs to the Giants over just 3.2 innings.

“Learning how to pitch in those circumstances is important and something I’ve got to work on.”

Spencer Strider discusses working through major-league lineups on nights when he doesn’t have his best stuff ⤵️ pic.twitter.com/2dYA2tIhYU

He’s never faced LA before, but given the way the Dodgers are swinging the bats, another long night could be in store.

LA’s lineup features three of the top-11 contenders in the NL MVP odds, including former Braves hero Freddie Freeman. Mookie Betts, the co-favorite for the award, is currently stuck on the injured list, but even without him, the Dodgers haven’t missed a beat.

Freddie Freeman’s first at-bat back in Atlanta is everything you’d expect it to be ? pic.twitter.com/RcfiOas276

They’ve scored 30 runs alone in their last four games entering Saturday, and lead MLB in runs per contest. They rank fourth in the league in slugging percentage, while only the Yankees have a better OPS.

Not to be outdone, Atlanta’s lineup has been phenomenal over the past month. They boast a slash line of .273/.510/.840 during that stretch, and lead the league in slugging.

4 HR in his last 4 [email protected] might be the hottest hitter on the planet right now. pic.twitter.com/Ja5t7tlMqV

Five players have already reached double-figures in home runs, led by Austin Riley’s 18. Dansby Swanson in on-pace for career highs in both home runs and RBI, while his 3.3 WAR is 25% higher than any number he’s ever recorded in that category over a full season.

As good as the Atlanta lineup has been over the past month, they definitely have the tougher of the two matchups on Sunday. Gonsolin has been a revelation this year, while Strider’s early season success had a lot to do with the opposition.

Three of his previous four starts before getting rocked by San Francisco were against Washington, Arizona and Pittsburgh, the three lowest scoring teams in the NL.

The Dodgers entered Saturday with a +132 run differential, the best in the National League by 63 runs. They’re also extremely comfortable away from home, posting the second best road record in MLB at 24-14.

In a potential NLCS preview, give me the better performing arm of Gonsolin and the stronger Dodger bats in a close contest.