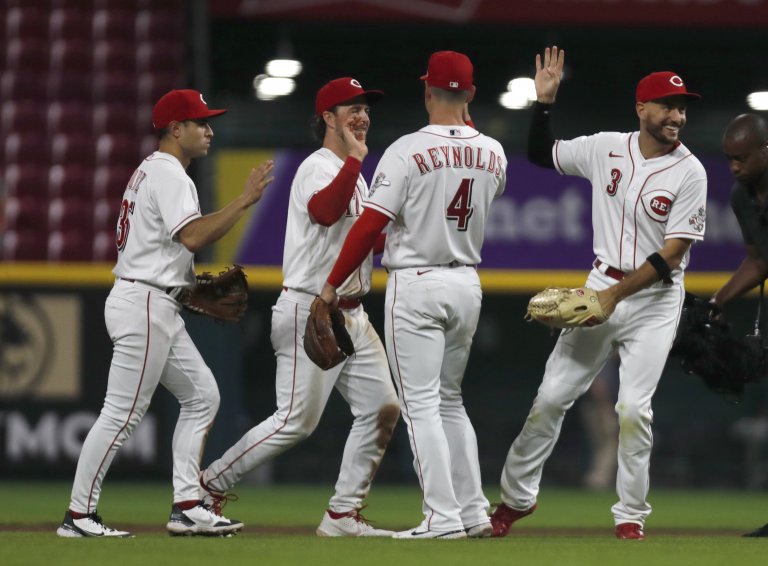 The Cincinnati Reds are -140 home favorites over the Arizona Diamondbacks in a National League afternoon game on Thursday, June 9
Cincinnati entered play Wednesday 8-5 straight up over the previous 13 games
All of the Diamondbacks vs Reds odds and picks are analyzed in the story below

Entering play Wednesday, the Reds were winners in the first two games of a four-game home set with the Diamondbacks. Prior to those two games, Arizona had won five in a row overall from Cincinnati and five of the previous seven games played at Cinci.

In general, even though they still rate as the worst team in the National League, the Reds are playing better baseball. Cincinnati was 8-5 straight up over the prior 13 games. Oddsmakers are buying into the new and improved Reds.

It’s Cincinnati that’s set as the -140 home favorites in the fourth and final game of this set with Arizona. The Diamondbacks are 11-14 straight up as a road underdog this season.

First pitch at Great American Ballpark in this Thursday, June 9 game is set for 12:35 pm ET. The forecast is calling for cloudy skies, 9 mph wind and a temperature of 74 degrees.

The Reds may be the home team but in MLB betting trends, it’s the Diamondbacks getting the love. Public betting in both the moneyline and spread splits is supporting Arizona at 53%. The public is also backing the under at 53%.

Reds right-hander Tyler Mahle appears to be finding his footing following a dreadful start to 2022. Four of his last five starts registered as quality starts. In those last five starts he’s showing a 4.34 ERA and 1.21 WHIP. He’s struck out 32 while walking only 11 over the past 29 innings pitched.

Mahle shares the NL led with 12 games started. He led the league last season with 33 starts.

I thought Tyler Mahle would break out and take that next step for the past 2 years. He fools me each year. He’s elite in spurts. Bad in spurts. But most a little above average?

Zach Davies put on a clinic against the #Pirates ⚾️

Arizona has proven to be a good road play on the runline this season, going 17-10 against the spread. Meanwhile, Cincinnati is a solid home over play, going 18-9 on the total in home games.

As for the game itself, while Mahle appears to be finding a rhythm, Davies looks to be completely out of tune. He has pitched well against Cinci in the past but Arizona was 1-4 SU in the past five games. Considering that they were playing the Pirates and the Reds, that’s not good news.