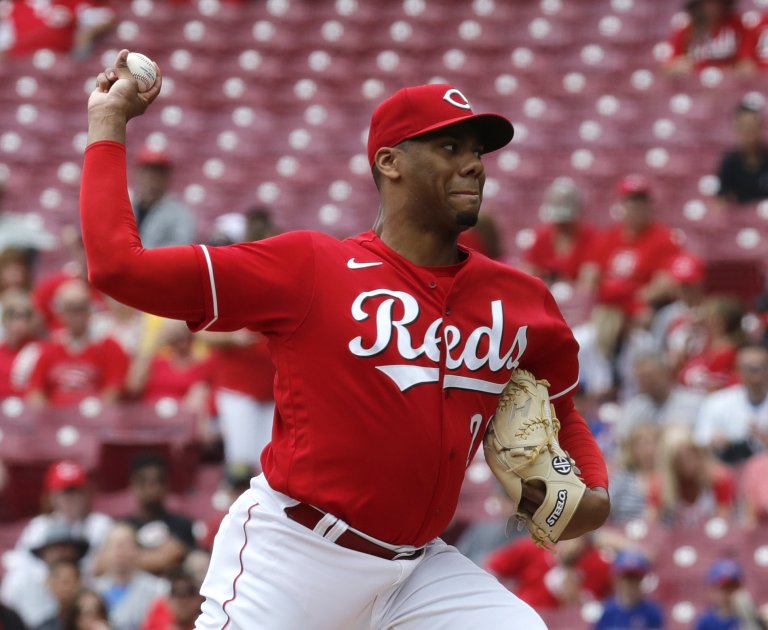 The Reds are -130 home favorites over the Diamondbacks on Monday night
Lefty Madison Bumgarner (2-4, 3.31) will pitch for Arizona against rookie Hunter Greene (2-7, 6.19)
A look at the Diamondbacks vs Reds odds and matchup can be found below with a prediction

Two teams looking to get back on the winning track meet in the opener of a four-game series when the Cincinnati Reds host the Arizona Diamondbacks at 6:40 pm ET Monday at Great American Ball Park.

Diamondbacks (26-29, 12-13 road) have lost three of their last four games, including getting shut out 3-0 by the Pirates on Sunday in Pittsburgh. The Reds (18-35, 10-15 home) suffered their third straight loss Sunday, 5-4 to the Washington Nationals at home.

Odds as of June 5th at BetMGM and BetMGM Ontario.

The Reds are -130 choices, giving them an implied win probability of 56.52%. Both teams have longshot World Series odds with the Diamondbacks listed at +7000 and the Reds at +1000.

There is a chance this game could get called off as the weather forecast calls for a 90% chance of rain, including a potential thunderstorm. The temperature is expected to be 71 degrees at gametime with a low of 67 and wind from the south at 9-13 mph.

Left-hander Madison Bumgarner (2-4, 3.31) is scheduled to start for the Diamondbacks against rookie Hunter Greene (2-7, 6.19). Both will be pitching on four days of rest.

Bumgarner has struggled lately, going 0-3 with a 5.25 ERA in his last four starts. He had a no-decision last Wednesday against the Atlanta Braves at home despite allowing two runs in six innings with seven hits, six strikeouts and two walks.

The Reds have given Bumgarner problems over the years as has a 3-6 career record against them with a 4.50 ERA in 11 starts. He is 2-2 with a 4.68 ERA in four starts at Great American Ball Park.

Maybe he needs to use the sticky stuff in Cincy.

Madison Bumgarner getting ejected right after a hand massage is hilarious pic.twitter.com/jDPbZV8iVL

Greene, who has +4000 NL Rookie of the Year odds, had another rough outing his last time out last Wednesday, losing to the Red Sox in Boston. He lasted just 3.2 innings and gave up four runs on six hits while striking out eight and walking none.

This will be the first career start against the Diamondbacks for Greene, who has a 1-2 record and 6.59 ERA in three home games this season. He has lost all five night starts with a 6.14 ERA.

The Diamondbacks were shut out on five hits in Sunday’s loss to the Pirates. They have scored only one run in their last 20 innings.

Ketel Marte’s 16-game hitting streak ended as he went 0 for 4.

The Reds’ one-run loss to the Nationals on Sunday ended in abrupt fashion when Nick Senzel was picked off first base by catcher Keibert Ruiz. Shortstop Kyle Farmer and right fielder Aristides Aquino made key errors for Cincinnati.

Nick Senzel gets picked off to end the game pic.twitter.com/V4EyybaHzI

This is first meeting of 2022 between the teams after the Diamondbacks won five of six games last season, including sweeping a three-game series in Cincinnati. Arizona left fielder David Peralta went 9 for 21 (.429) with one double, one triple, two home runs and 12 RBIs.

Neither starting pitcher comes into this game with much momentum. The lean goes to the experienced Bumgarner as a slight underdog over the hard-throwing Greene, who is quite talented but a work in progress.