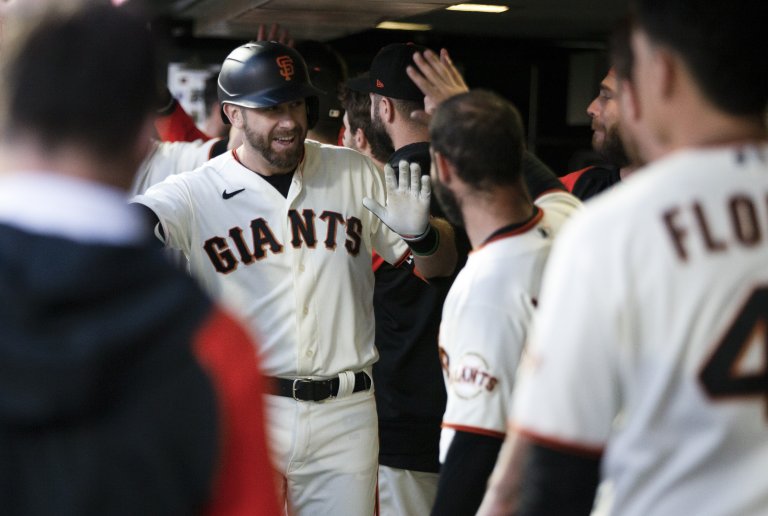 The Giants are -117 home favorites over the Diamondbacks on Tuesday night
Merrill Kelly (10-5, 2.95) will pitch for Arizona against Jakob Junis (4-3, 3.78)
A look at the Diamondbacks vs Giants odds and matchup can be found below with a prediction

The San Francisco Giants will look to keep rolling when they host the Arizona Diamondbacks at 9:45 p.m. ET Tuesday in the second game of a four-game series at Oracle Park.

The Giants are 5.5 games behind the San Diego Padres for the third and final National League wild card.

Odds as of August 16th at Barstool Sportsbook.

It should be a breezy night at Oracle Park with the weather forecast calling for a 11-16 mph wind from the west with gusts up to 29 mph. The temperature is expected to be 70 degrees at first pitch with a low of 60 along with mostly clear skies.

Kelly has been outstanding since the beginning of July with a 4-0 record and 1.86 ERA in eight starts.

Kelly was not quite as sharp his last time out against the Pittsburgh Pirates last Thursday in Phoenix, though. In a no-decision, he allowed three runs and four hits in five innings while striking out six and walking three.

Junis is 0-2 with a 7.16 ERA in five starts since being activated from the injured list July 17. He missed five weeks with a strained left hamstring.

Last Wednesday, he was tagged for six runs and seven hits in 2.1 innings in a no-decision against the Padres in San Diego. He had three strikeouts and two walks.

Junis is 1-1 with a 2.61 ERA in two starts against the Diamondbacks in his career.

Evan Longoria hit a two-run home run to lead the Giants over the Diamondbacks on Monday night. It came in the fourth inning and opened the scoring.

Giants left fielder Joc Pederson sat out a day after sustaining a right pinky contusion when hit by a pitch. However, he hit a double as a pinch-hitter in the seventh inning and is expected to be in the lineup Tuesday.

Jake McCarthy had two hits for the Diamondbacks.

Diamondbacks second baseman Ketel Marte was out of the lineup after leaving Sunday’s game with tightness in his left hamstring. He is considered day to day.

Right fielder Daulton Varsho returned to action a day after being removed from the game when he was hit in the jaw by a thrown baseball. He went 0 for 5 with two strikeouts.

Daulton Varsho absolutely booked it around the bases for his inside-the-park-home run pic.twitter.com/bpIpV70kua

The Diamondbacks are 6-4 against the Giants this season and the teams have split four games in San Francisco.

However, the Giants held a 45-22 advantage in the series over the previous four seasons from 2018-21. The Giants have also won 18 of their last 20 games against the Diamondbacks at Oracle Park.

Kelly has been tough on the road all season and is the pick here against the inconsistent Giants despite Oracle Park being the Diamondbacks’ house of horrors in recent years.