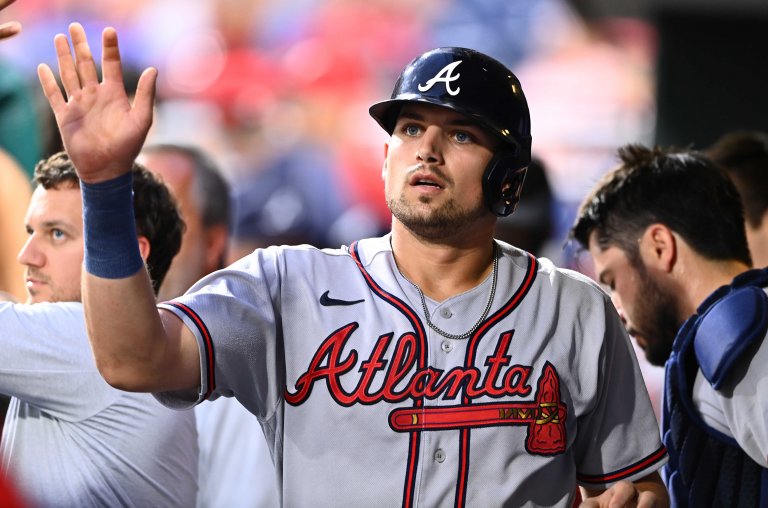 The Diamondbacks and Braves close out a three-game set on Sunday afternoon in Atlanta, with the defending champs looking to inch closer to top spot in the East.

After suffering from a championship hangover for the first two months of the season, the Braves are an MLB-best 37-14 since June 1st. Oddsmakers expect Atlanta’s stellar play to continue in the series finale, as they opened up as the massive home chalk.

Odds as of July 30th at Barstool Sportsbook

The Braves are currently a -230 moneyline favorite, in a game with a total of 8. First pitch is scheduled for 1:35pm ET at Truist Park in Atlanta, Georgia, with clear skies and 85-degree game-time temperatures in the forecast.

Atlanta, a top-five contender in the World Series odds, will give the ball to 10-game winner Max Fried. The 28-year-old has been stellar all season ranking inside the top-seven pitchers in baseball in wins, and the top 22 in ERA, strikeouts and WHIP.

He’s allowed three or fewer runs in 17 of 20 starts so far, however, there may be some cause for concern. Fried has issued six runs and 16 hits over his past 13 innings, which is extremely high by his standards.

Another reason to be slightly bearish on the lefty is his track record against current Arizona batters. The D-Backs lineup is batting .493 with a .533 slugging percentage and 1.047 versus Fried, albeit in a small sample size of just 20 at-bats.

Arizona will counter with a 10-game winner of its own in Merrill Kelly. The 33-year-old has posted a 1.57 ERA in five July starts so far, yielding just six earned runs in 34.1 innings of work.

Last time out he threw eight shutout innings against San Francisco, which followed up a 6 inning, one-run effort versus San Diego. He’s won each of his past four decisions and is 5-1 in his last seven starts.

Kelly will have his hands full with the Braves lineup, especially with top-five NL MVP odds contender Austin Riley. Atlanta’s third baseman is on absolute heater this month, smacking 11 home runs while driving in 24 runs and batting .429.

Riley is flanked by a handful of potent sluggers in the Braves lineup, including Matt Olson, Marcell Ozuna and Dansby Swanson. Atlanta ranks behind only the LA Dodgers in the NL in runs per game, slugging percentage and OPS.

The Diamondbacks meanwhile, may rank below league average in most key statistical categories but you wouldn’t know it by their play over the past 14 days. Arizona is 6-2 in their past eight games, boasting a slash line of .261/.344/448 while averaging over five runs per contest.

The D-Backs did trade away veteran outfield and top-five regular David Peralta before Saturday’s contest with Atlanta. However, the combination of strong recent form and a quality history versus Fried should help them do their part in taking this game over the total.

“I’m going to keep all the fans in my heart. I love you with all my heart.”

Also working in their favor is their strong splits versus left-handers like Fried. Arizona has a higher batting average, OBP, slugging percentage and OPS against southpaws than righties.

Atlanta on the other hand has rounded back into championship form. Sure, Kelly is pitching well this season, but the Braves bats are as potent as nearly any lineup in baseball and are certainly capable of exceeding expectations on Sunday.