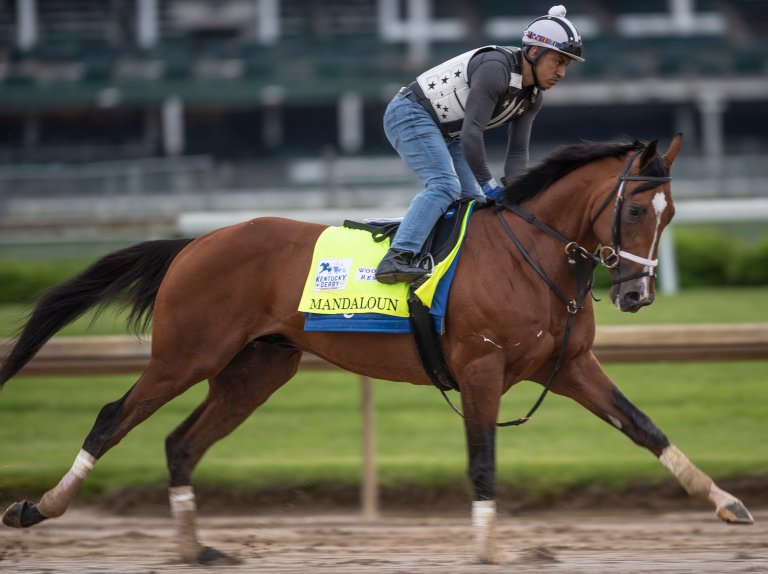 The co-featured races at Del Mar Saturday are the Grade 1 Bing Crosby Stakes and Grade 2 San Diego Handicap
Both races have large fields and several directions that handicappers can go
With an eye towards value, how should we bet Where the Surf Meets the Turf on Saturday?

Saturday brings the first Grade 1 race of the Del Mar meet, and to some degree it is overshadowed by an equally cagey Grade 2.

The Bing Crosby Stakes is named for the man who has been associated with his favorite track for nearly a century. The Grade 1 Crosby has attracted 10 horses including three graded stakes winners for a six furlong sprint on the dirt.

The San Diego Handicap features the return to America of Bob Baffert’s Country Grammer. He won the Dubai World Cup in March after finishing second in the Saudi Cup. Country Grammer will contend with Mandaloun, Royal Ship, and Gold Cup winner There Goes Harvard among others in the mile-and-sixteenth Grade 2 challenge on the main track.

Let’s review the top contenders and see where we can find betting value Saturday in Southern California at Del Mar.

The $400,000 Bing Crosby goes at 8:30 pm EST Saturday with the San Diego Handicap one hour later. TVG has television coverage. Weather conditions, like normal, are expected to be clear and beautiful.

When a horse is purchased for $1.1 million, expectations are high. Baffert trains Shaaz, who has won two of four career starts but finished third going a mile against Grade 3 rivals last time out. His victory at Santa Anita in April was impressive.

Cutting back to one turn may help Shaaz. That said, he is facing some veteran horses who know a thing or two about graded stakes.

Drain the Clock has won three graded stakes races. However, the trio was each in 2021. He was running pretty well to start this year albeit against lesser competition.

Following that tight loss, he went to Dubai and finished seventh in the Golden Shaheen. Like many horses do, he did not run his best race first back from the Middle East, finishing fourth in July’s Smile Happy at Gulfstream Park.

In May’s Triple Bend Stakes at Santa Anita, American Theorem beat Principe Carlo. They go at each other again on Saturday.

American Theorem rarely gets bet aggressively, but that last effort certainly fits against this group. Principe Carlo is second off a layoff and has traditionally run well at Del Mar.

Diamond Oops hasn’t run great of late, but has faced tough competition, and dabbled with grass racing. At a nice price, if he runs back to his best races he can win.

This is a wide-open race, and Drain the Clock offers value largely because he was bad last time out. Horses returning from the Middle East often need time and a race before getting back on form. The four-year-old is working well and easily beat Diamond Oops last year. In addition to value, he might just be the fastest horse in this field.

Like the Bing Crosby, this is a terrific betting race. There is no big favorite, and reasons to like and dislike several contenders are present. If you can pick the winner, you’ll profit nicely. Betting on different types of horse races requires different strategies.

Run since the 1930s, the San Diego has been won by stars like California Chrome and Maximum Security in recent years. It is often used as the final prep for Del Mar’s biggest race, the Pacific Classic.

Country Grammer ran two terrific races in California before heading to the Middle East. After finishing as the runner-up in the $20 million Saudi Cup, he won the $12 Dubai World Cup.

It is unclear what a reasonable expectation for Country Grammer is now. Something less than his sharpest, since this is the first race since coming back to the US, but is his B-level race good enough here? Any of his last four races make him the logical favorite and most likely winner.

Mandaloun was not competitive against Country Grammer in Saudi Arabia and returned to North America with a mediocre fourth-place effort at Churchill Downs on July 2. If he runs like he did prior to the trip to the Middle East, he’s a player in this one.

Trainer Brad Cox wins at a 28-percent clip second off the layoff, and the expectation is that he is Mandaloun will run his race on Saturday. Is that good enough?

If you question Country Grammer, Baffert has another option. Defunded led for most of the mile-and-a-quarter Gold Cup in May and still finished ahead of Royal Ship. There Goes Harvard beat both of them while Stilleto Boy finished fourth. They all go at it again Saturday.

Defunded should appreciate the shorter distance, while There Goes Harvard may again enjoy a sharp pace. Stilleto Boy was +150 in May, and he is two-for-two going nine furlongs. Royal Ship was the favorite last time this group raced, but he has never won in three tries at Del Mar. That said, he has run fast enough races to beat this group in the past.

The local horses may be a step slower than the top options here, and while Country Grammer easily could be the best horse, it is hard to trust him off the long commute at a short price. Sure, Mandaloun won the Kentucky Derby via disqualification, but he has backed that up several times, and his mediocre last two races can be excused if you prefer to look at him optimistically.