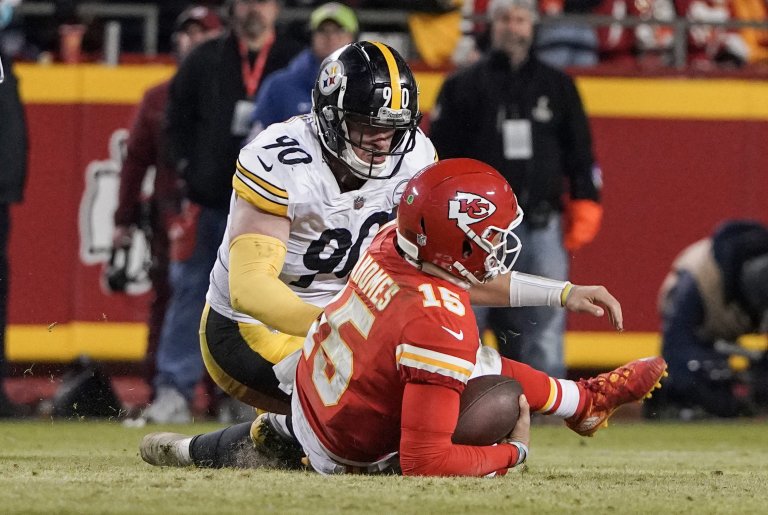 Last season, TJ Watt of the Pittsburgh Steelers became the first back-to-back NFL sack champion in over three decades. This year, he’s going for a share of league history.

Oddsmakers are favoring him to do it. Watt, the Steelers outside linebacker, has been made the +500 chalk in the opening line to lead the NFL in quarterback sacks again during the 2022 season.

Deacon Jones, one quarter of the famed Fearsome Foursome of the Los Angeles Rams, led the NFL in sacks in 1967-68 and shared the 1969 title with Carl Eller of the Minnesota Vikings. Jones is the only player to achieve this feat three years in a row. He also was NFL sack leader in 1964-65.

Watt and Jones are among a dozen NFL defenders to be the league’s sack leader on at least two occasions. That list includes Watt’s brother, JJ Watt of the Arizona Cardinals. TJ Watt is the first NFLer to wear successive crowns in this category since Reggie White of the Green Bay Packers in 1987-88.

Watt’s league-leading 15 sacks in 2020 were the lowest number to top the NFL since Kevin Greene collected a league-best 14.5 sacks for the 1996 Carolina Panthers.

Last season, though, Watt collected 22.5 sacks. That was the highest total since Michael Strahan of the New York Giants also gathered up 22.5 sacks in 2001. It was just shy of the NFL record of 23 sacks established by Al “Bubba” Baker of the Detroit Lions in 1978.

It’s a sure sign of how much better he’s getting at this aspect of the game. You can be certain after his league-leading performance, opposition offensive coordinators were game planning methods to put a stop to the mayhem Watt is capable of creating. And yet, he only created more.

It’s no fun being Cincinnati Bengals QB Joe Burrow or Baltimore Ravens QB Lamar Jackson. They’re the only NFL QBs who must deal with Watt and Cleveland’s Garrett twice every season.

Browns DE Myles Garrett showed up in Vegas for #Cavs Summer League and is on the court warming up in full uniform.

Here he is throwing down a dunk, via @NBA: pic.twitter.com/hCrSjUVEKC

Watt was favored to lead the league in sacks last season. He was given a betting line of +1400 in the opening odds in 2020. That was just off co-favorites Aaron Donald and Shaquil Barrett at +1200.

Trey Hendrickson (+2000)  is another like Garrett who’s been lurking just off the lead the past two seasons. The Bengals defensive end was fifth last season with 16 sacks. Playing for the New Orleans Saints in 2020. Hendrickson finished tied for second in the NFL with 13.5 sacks.

Chicago Bears linebacker Robert Quinn (+1300) jumped from two sacks in 2020 to second in the NFL with 18.5 last season. Was it a one-off or the sign of a trend? It could also be of help to Quinn that the Bears rank 29th overall in NFL strength of schedule.

NFL teams can’t come up with schemes to stop him. Offensive lineman can’t figure out methods to contain him.

Fill in the blank:

Unless he’s injured, Watt is going to lead the NFL in sacks again. He’s simply a cut above all the rest.