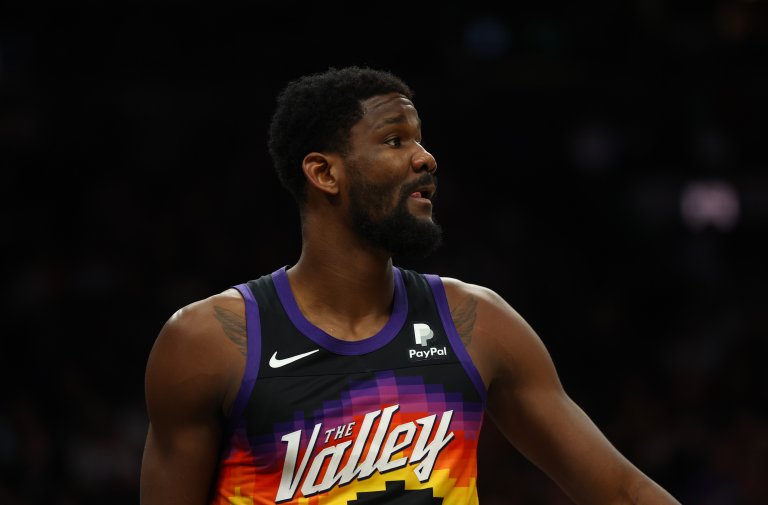 Deandre Ayton is one of the best free agents available this offseason
The Pistons, Spurs and Pacers are all potential destinations for Ayton if he leaves Phoenix
Which team represents the best value when betting Deandre Ayton next team odds?

Deandre Ayton and the Phoenix Suns ended the season in acrimonious fashion. Phoenix was unable to reach an agreement on an extension with Ayton last offseason, sending him into restricted free agency this summer. There was a clear fallout between Ayton and coach Monty Williams during their Game 7 loss to the Dallas Mavericks in the second round, provoking weeks of rumors about Ayton’s future.

Despite their collapse against Luka Doncic and co, Phoenix is still among the favorites in NBA Championship odds for 2022-23, though that could change if they lose Ayton.

Speculation about Ayton’s future has been rife, yet the Suns remain the betting favorites in Ayton next team odds ahead of Detroit at +200 and San Antonio at +900.

Odds as of Jun 28 at DraftKings

The Indiana Pacers had a lost 2021-22 season. They drafted Bennedict Mathurin, Andrew Nembhard and Kendall Brown, furthering bolstering a perimeter group led by Tyrese Haliburton, Buddy Hield and Chris Duarte. Malcolm Brogdon and Myles Turner are both believed to be available via trade, and Hield could even be involved in a potential sign-and-trade for Deandre Ayton.

The Pacers currently have $21 million in available cap space on top of their tradeable contracts. Turner, in particular, is a player the Suns would be very interested in to fill many of Ayton’s minutes. His rim protection and three-point shooting is a great fit on this Suns roster, while the outside shot of Hield could potentially be of interest.

Despite trading away Domantas Sabonis and finishing with the third-worst record in the Eastern Conference last season, the Pacers aren’t a franchise which is comfortable with a deep rebuild. Swapping out long-term trade candidate Turner for Ayton is a great way for the Pacers to remain relatively competitive in the short and long-term — a core of Haliburton, Mathurin and Ayton gives them something meaningful to build around heading into the middle of this decade.

If Ayton’s relationship with the Suns really is beyond repair, the Pacers look like an ideal suitor. They’re good value at +1000.

Stay Away from Detroit

With almost $26 million in projected cap space and plenty of rumors about interest in Ayton, it’s perhaps not surprising to see the Detroit Pistons at +200. This price, though, is far too short given the Pistons’ decision to swing a trade to then draft center Jalen Duren, who is set to start at the five alongside Cade Cunningham, Jaden Ivey and Saddiq Bey.

Blocking Duren with Ayton would make little sense. As good as Ayton is, he’s not exactly a frontrunner in NBA MVP odds. He would be a good complementary piece to their exciting backcourt, but there are better fits for the Pistons in free agency, like Charlotte’s Miles Bridges. Alternatively, they could take the Thunder approach and use that room to acquire further assets from teams aiming to dump salary.

Top 10 in PPG, RPG and FG% by a center. pic.twitter.com/zI7wxIsSgI

There’s no value backing the Pistons in Ayton next team odds unless the price lengthens considerably in the coming days.

Suns Stick with Ayton For Now

As the market suggests, Ayton remaining a Sun is the most likely outcome at the moment. Potential suitors have disappeared with the Pistons and Hornets drafting centers, while a high-profile sign-and-trade involving the Brooklyn Nets seems incredibly unlikely.

Phoenix might not be comfortable paying Ayton a max or something close to it, but they cannot afford to lose him for nothing. Perhaps they come to an agreement on a contract or maybe they let Ayton sign an offer sheet and match the deal. Even with a max contract, Ayton will still be an asset, and the Suns could survey the trade market for the former first overall pick in a few months.

Wagering the Suns to keep Ayton at +100 is a good value bet right now — there are very few other potential outcomes, barring a shock move from a team like Toronto or Portland, though neither franchise has been linked to Ayton much of late.