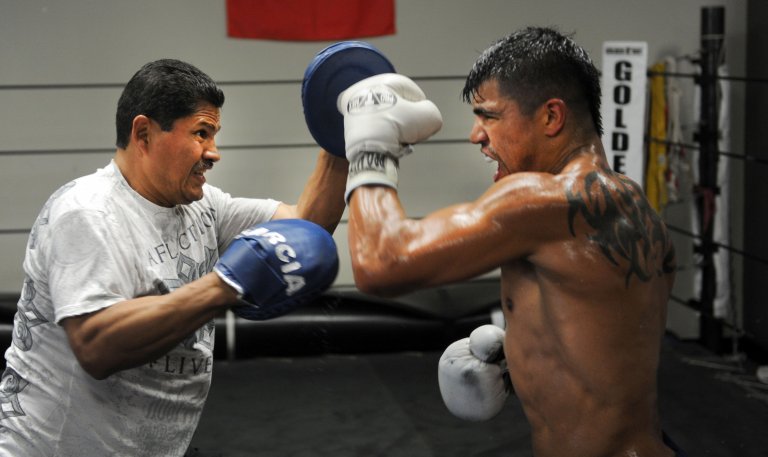 Danny Garcia vs Jose Benavidez Jr goes Saturday, July 30th at 9 PM EST
Garcia is a sizable favorite heading into the fight at Barclays Center
Check out the Garcia vs Benavidez Jr odds, analysis, and predictions, below

Danny Garcia vs Jose Benavidez Jr goes Saturday at Barclays Center in Brooklyn, New York, and broadcasts on Showtime. The former is heavily favored over the latter in the Garcia vs Benavidez Jr betting odds, priced at -800.

Let’s analyze the Danny Garcia vs. Jose Benavidez Jr odds via DraftKings Sportsbook as we provide our best bet for the bout.

Odds as of July 25th at DraftKings. Claim this DraftKings Sportsbook promo code before betting on the fight.

Garcia has been out of action for over a year and a half now. He returns from his longest-ever career layoff with a seemingly renewed sense of direction being in a new weight category.

The two-division world champion is making his super welterweight debut here. Garcia looks to become a three-division champ by cementing himself at 154 pounds eventually.

The former unified junior welterweight champion and former welterweight world champion will look to return to the win column and redirect the trajectory of his combat career.

He’ll aim to tap back into that form that saw him collect notable name-value victories over Zab Judah, Paulie Malignaggi, and Erik Morales to rattle off just a few.

The future Hall of Famer still seems hungry to build on his legacy even further. The next chapter in that story unfurls this weekend versus Benavidez Jr.

Benavidez Jr previously was a welterweight world title contender. The older brother of fellow former world champion David Benavidez is game to take on the absolute best. He secures a prominent name in the sport with this Garcia clash.

Benavidez Jr has an inspiring story as he overcame being shot in the leg circa 2016 to return to fighting with the permanently damaged limb.

After suffering his only pro loss to welterweight champion/pound-for-pound ranked elite Terence Crawford, Benavidez Jr went on hiatus for over three years.

While Benavidez Jr returned and fought to a draw last November, this means he has not tasted victory inside of a boxing ring for over four years.

Garcia vs Benavidez Jr Tale of the Tape

This prizefight is scheduled for twelve rounds. There is a -200 prop bet on this fight going the distance, while it’s +150 for this contest not going the full duration.

I ultimately think there’s better value in going with the prop on Garcia vs Benavidez Jr going the distance.

Garcia garnering a stoppage win versus getting a victory on the judges’ scorecards is actually valued fairly closely. A Garcia win via decision or technical decision is priced at -145, while Garcia winning via KO or TKO is situated at +175.

I foresee Garcia winning this contest via decision. My prediction is that Garcia showcases a comprehensive skillset through the entirety of the twelve-round affair.