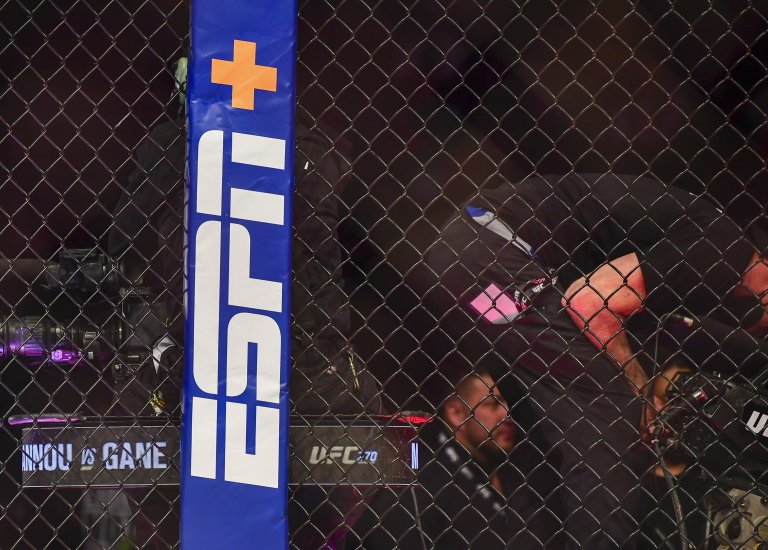 Another intriguing season of Dana White’s Contender Series has seen 14 UFC contracts awarded thus far. The show has been an interesting way for fans to view up-and-coming MMA talent before their introduction into the UFC. DWCS has been an outstanding success and has given a platform to promising MMA fighters from all over the globe.

Five fights take place on Tuesday, August 23rd, headlined by a heavyweight bout between Michael Parkin and Eduardo Neves. As usual the show airs on ESPN + and takes place at the UFC Apex in Las Vegas, Nevada.

Odds as of August 22 at DraftKings Sportsbook.

A battle of the behemoths headlines Dana White’s Contender Series fifth week. Fans will no doubt be looking forward to the heavyweight clash between Eduardo Neves and Michael Parkin. The oldest and and most accurate rule of combat sports is big men produce fireworks. As Dana White himself has said, Tuesday nights are all about entertainment. This scrap should provide plenty.

The British Parkin has won each of his first five professional fights by knockout. Incredibly, none of his opponents have even made it out of the second round. Currently on a 12-fight win streak, he’s looked steadily more dangerous each time he steps foot in the ring. The sixth-ranked UK heavyweight will undoubtedly look to take the fight to Neves and finish him with his heavy hands.

Meanwhile, the Brazilian Neves owns an impressive streak of his own. Having finished his last three opponents within the first minute of the fight, he’ll be looking to put Parkin away quickly.

Moreover, Neves is a much more technical fighter. Hailing from the MMA hotbed of Joao Pessoa, Paraiba, Brazil, Neves has extremely accurate hands. Look for him to weather the early storm from Parkins and use his superior technique to put the Brit to sleep.

Dana White’s Contender Series week 5 main event will almost certainly end with a knockout. Each of these men has strong hands and the capacity to finish the fight with a single blow. Don’t blink during this heavyweight barn burner.

Eduardo Neves (-255): Anything can happen in a heavyweight bout. This fight is an intriguing match up between two undefeated prospects. Look for the Brazilian to maintain his patience with Parkin and finish him in the second round.
Amiran Gogoladze (-275): An exciting Georgian prospect, Gogoladze arrives at Dana White’s Contender Series in fine form. The 24-year-old possesses a destructive stand up game. Entering this contest off of three straight devastating first round wins, don’t overthink this one. Amiran Gogoladze is the top ranked welterweight in Europe for a reason.
Jesus Santos Aguilar (+170): He may be a one trick pony but if Aguilar can lock in the guillotine choke, this fight could be over quickly.
Cameron Saaiman (+190): One of the best Bantamweight prospects in MMA, the 21-year-old South African has a bright future ahead of him. Bet on his ground control and dominant top game against veteran striker Josh Wang Kim in this one.
Dennis Gomes (-250): Gomes fights out of a superior camp and has faced more quality opponents than her compatriot Amanda.