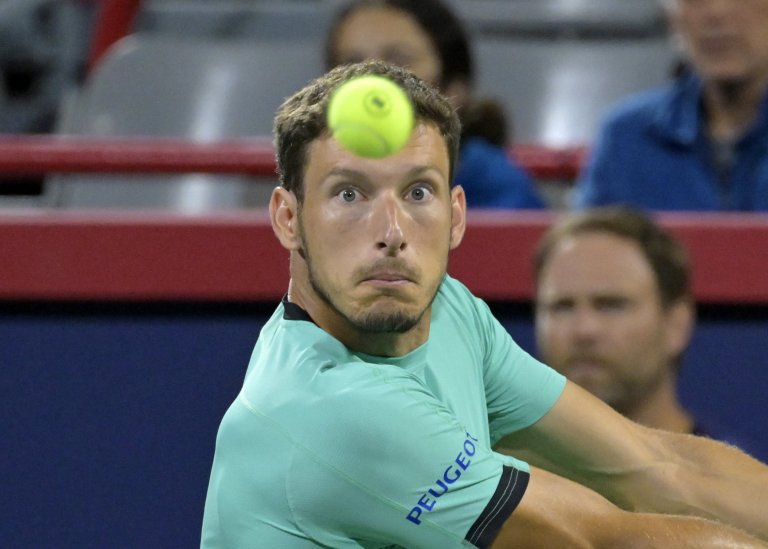 Dan Evans and Pablo Carreño Busta will guarantee an unseeded player in the National Bank Open final
The two meet Saturday night (8 p.m. ET) to earn the opportunity for the biggest title of their careers
Carreno Busta is the favorite; scroll down to see how Evans might defeat those odds and win

Carlos Alcaraz, Stefanos Tsitsipas and Matteo Berrettini were among the seeds in the bottom half of this year’s National Bank Open men’s singles draw.

In the end, the last two standing are both unseeded 30-somethings: Pareblo Carreño Busta and Dan Evans.

Odds as of Aug. 13 at Caesars Sportsbook

For a set, the matchup between 31-year-old Carreño Busta and 20-year-old Jack Draper was as close as could be.

Draper, ranked No. 82 and in the biggest match of his young career, was right there with the veteran through a lot of bruising rallies.

But eventually, those gut-busting exchanges took a physical toll on the bigger, less-experienced Brit. And after he lost the first-set tiebreak, there wasn’t much left but to determine the score in the second.

This is Carreño Busta’s first Masters 1000 semifinal in nearly four years. And he faces another unseeded Brit in Evans. But one with more experience and a completely different game style.

Carreño Busta has yet to drop a set this week, a week that includes wins over No. 11 seed Matteo Berrettini and No.  7 Jannik Sinner. Draper was the first to even take him to a tiebreak.

For Evans, into his first Masters 1000 semifinal, it’s been a grind.

He, too, has beaten two seeds (No. 5 Andrey Rublev and No. 10 Taylor Fritz). But in three of his four matches, he has gone the full three sets.

Against the speedy Tommy Paul on Friday, Evans lost the first set 6-1 before coming back to win in three.

It was highly entertaining. And a completely different match than what we’ll expect for the Brit against Carreño Busta on Saturday night.

The two have never met before this fairly monumental clash.

Even though they were only a year apart (with Evans the elder), their paths never crossed in the juniors, either.

Evans will be the less fresh of the two, as he had to come back (after suitable rest) and play a doubles quarterfinal match Friday night. Which he and Aussie doubles specialist John Peers won in two tiebreaks over No. 2 seeds Granollers and Zeballos.

So he’ll have double duty Saturday night as well.

It’s his second Masters 1000 semifinal after he upset No. 1 Novak Djokovic and made the Monte Carlo semi in 2021. But that wasn’t “mandatory”. Notably, he also made the doubles final at that event.

This is also only the second time in his career that he’s even made it past the third round at a Masters 1000; his career main-draw record coming into Montreal was 15-25.

Carreno’s won-loss record coming in also was under .500 at 46-50. But he had more wins than Evans had total matches. He’s made the quarterfinals or better seven times now, all but one of them on hard courts.

Carreño Busta had to cope with power and net approaches from Draper. The Evans challenge will be different in the sense that he will use his slice backhand a lot, to disrupt the rhythm of the lung-busting rallies Carreño Busta is happy to take part in, but which Evans wants no part of.

The Brit has beaten this type of player before. But Carreño Busta’s form this week is such that he must already be able to see the final.