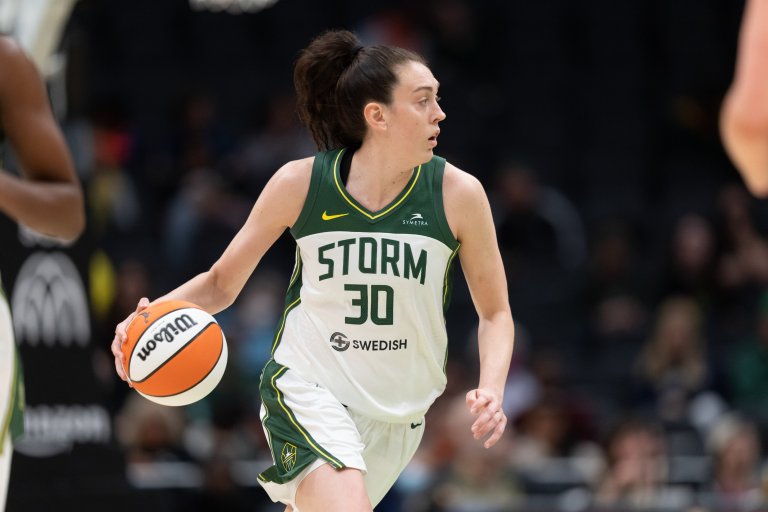 The Dallas Wings visit the Seattle Storm at 3:00 pm ET on Tuesday, July 12th in Seattle
Dallas enters with a record of 10-12 overall, while Seattle comes in at 15-8 on the year
See below for the latest Wings vs Storm odds, analysis and best bet

The WNBA returns to the court on Tuesday, July 12th after the All-Star break with five games spread across the league throughout the day. The full slate of games kicks off at 3:00 pm ET from Climate Pledge Arena in Seattle when the Dallas Wings visit the Seattle Storm in a game live-streamed on Facebook.

The Wings enter the game with a record of 10-12 overall, having gone 4-6 in the last 10 games while sitting in a playoff spot tied for the seventh seed. Dallas wrapped up the first half of the season on July 5th when it took down the Connecticut Sun 82-71 in Arlington.

Odds as of July 12th from FanDuel

The Storm come into the contest at 15-8 on the year, riding a 7-3 record over the last 10 contests to sit as the third seed in the league standings. Seattle entered the All-Star break by blowing out the Los Angeles Sparks 106-69 on July 7th in Los Angeles.

For the last few seasons, Dallas has held one of the more talented and potent offenses in the WNBA, and the Wings will need that unit to step up in a tough road contest in Seattle on Tuesday. Dallas has the ability to light things up offensively, but has a bottom-five defense in the league this season which has hurt the team at the end of games.

Coming into Tuesday, the Wings rank fifth in offensive rating (101.5), fifth in both three-pointers attempted (24.4) and three-point percentage (34.9 percent) and sixth in points per game (81.5). Leading the charge in Dallas has been Arike Ogunbowale, who is averaging a team-best 19.5 points (third in WNBA), 3.6 assists 2.8 rebounds and 1.1 steals in 30.6 minutes per game.

Dallas can certainly out-match Seattle offensively, but it will have to limit its late-game struggles and defensive issues to pull out a much-needed win Tuesday.

Seattle has been a solid team all season long, but over the last few weeks it has turned things up a notch and is firmly in the conversation as a favorite to reach and claim the WNBA Finals this year. The Storm have won seven of their last 10 games, also holding a 9-4 record at home in Seattle, which will make them a tough team to take down on their home court.

Already a team filled with talent of the likes of Breanna Stewart, Sue Bird and Jewell Loyd, Seattle added veteran All-Star Tina Charles to the team after she parted ways with the Phoenix Mercury in June. The addition of Charles has provided the Storm with a solid inside presence that further strengthens their league-leading defense in the paint, while also adding to Seattle’s ability to take advantage of the post game offensively.

One of the leaders pacing Seattle thus far is Stewart, who is putting together an MVP-caliber season this summer. Stewart is averaging 21 points, 7.1 rebounds, 2.9 assists, 1.9 steals and 1.1 blocks in 30.4 minutes this season, leading the WNBA in points while ranking second in steals, tied for seventh in blocks and 10th in rebounds.

One of the keys to the Storm being able to stay hot lies on the defensive side of the ball. Dallas contains a talented offense, but Seattle has been one of the top defensive teams in the league this year while leading the WNBA in blocks (4.7) and steals (8.8) along with a league-leading defensive rating of 94.4. The Storm and Wings are pretty evenly matched offensively, with Dallas even having a slight edge in that area, but the game will come down to which squad makes a stand defensively to shut down the opposition.

By the end of the contest on Tuesday in Seattle, the Storm will be able to remain hot while opening the home stretch of the year just how they left off going into the All-Star break. Seattle will top Dallas and continue to come together in advance of the postseason, sharpening its game to try and put a deep playoff run together.

For the best bet of the game, go with the Wings being 7.5-point underdogs. Although Seattle will likely win this game, Dallas should make this game closer than eight points in a tough road environment.