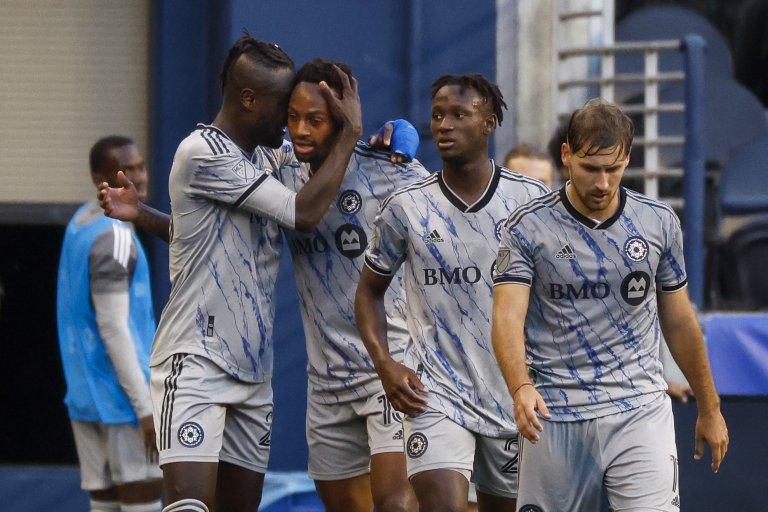 MLS Week 21 kicks off this weekend with seven games on both Saturday and Sunday for a full card of 14 matches to conclude Heineken Rivalry Week.

All 28 teams are in action across 14 matches this weekend with most having just played in mid-week Week 20 play. Six did not and will enter MLS Week 21 more rested. They include CF Montreal, LAFC, New England, Charlotte, Portland, and the New York Red Bulls.

Read on for the MLS odds for every MLS Week 21 game, as well as our best MLS betting predictions.

Over the last ten rounds of play entering Wednesday’s match with Toronto, Chicago had recorded the fewest points with seven. That’s not surprising considering they owned the league’s worst overall record. After a 2-0 win over TFC, the Fire have now elevated to 12th in the East.

Two straight #MLSAllStar selections for Raúl Ruidíaz, while Jordan Morris gets the nod for the first time!

Prior to their 1-0 road defeat in Nashville Wednesday, Seattle had collected the most points, 19, in MLS in the past ten rounds. But after that loss, which followed a 3-0 loss last weekend, they are a mediocre 5-1-4 in their past ten. They missed striker Raul Ruidiaz on Wednesday and will likely again be without the Peruvian on Saturday.

Injury updates: Raul Ruidiaz won’t travel with team to Nashville and is unlikely to be available in Chicago. He will undergo an MRI tomorrow. In better news, Xavier Arreaga will be available for Nashville. Workload will determine availability for Chicago.

Seattle has now lost 3/4 and been shut out in back-to-back games which puts me off the appealing +220 odds for them to win outright on the road. They haven’t been shut out in three straight since May-June in 2018. But they are playing the Fire. A win over TFC doesn’t say much and Chicago has just three wins in their past 17 matches across all competitions.

I’ll bet Seattle on the double chance which is one of the many ways to bet on soccer by betting on a team to win or draw the match.

With three teams now in Texas, it seems like Texas Derby after Texas Derby these days. Houston and Dallas just drew 2-2 last weekend. Austin best Houston 3-1 on Tuesday. And now it’s Dallas vs Austin on Saturday. It was also just a few weeks ago on June 22 that we saw these teams play to a 2-2 draw in Austin.

That maintained Dallas’ supremacy over their new rivals, extending their undefeated streak to four games. Last season Dallas won 2-0, 5-3 and 2-1.

Dallas hosted NYCFC on Wednesday and fell 1-0. They’re now winless in six and have conceded in each of their past ten.

Meanwhile, Austin will have one extra days rest having played Tuesday instead of Wednesday. The win took them to the top of the Supporters’ Shield standings at 12-4-4 and 40 points, one clear of LAFC. The Verde and Black are flying right now entering MLS Week 21. They’ve won four in row and have scored three goals in each of their past three. They’re 5-1-0 in their past six. Only twice have they failed to score in a game this season.

As if this rivalry wasn’t usually intense as it is, Montreal will be out for revenge after losing 4-0 in Toronto, Ontario last month in the semifinals of the Canadian Championship.

These midweek goals though… ?

Montreal won 1-0 at home in the tournament final in November of last year. The two have not played in MLS since a 1-1 draw last October. Results between these sides are fairly balanced. In their past ten across all comps, Montreal has won five, Toronto four and the teams have drawn once. Not counting the past two cup games, both teams have scored in each of the past four in MLS.

Montreal lost at home 2-1 to SKC last weekend. Toronto will have a short week, having lost 2-0 in Chicago on Wednesday. For TFC, the streak continues. They’ve now conceded in 28 straight and in 49/50.

Away to their rivals, they should again concede to Montreal.

Nashville, third in the West, hosts second-place LAFC in MLS Week 21 on Sunday at 8:30 pm EST.

The schedule doesn’t get any easier for the Yotes, who played on Wednesday at home to Seattle and won 1-0 and now get another MLS Cup odds top contender.

It’s the not the debut they would have liked, preferably coming last week in El Trafico, but both Giorgio Chiellini and Gareth Bale look set to feature for Steve Cherundolo’s LAFC this weekend. They joined a stacked squad that has been first overall for much of the season at 12-3-4.

This will be the first meeting between the sides ever and a rested LAFC that didn’t play since last Friday looks like great value to win at +188 odds.

However, at home, Nashville has just one loss in their past 27 games dating back to 2020. Let’s go LAFC double chance (win or draw).

This next one comes from Columbus vs Cincinnati and San Jose vs Houston on Sunday.

Columbus has owned FCC in this short Ohio Derby. While Cincy won the first-ever meeting in the US Open Cup back in 2017, the Crew are 5-3-2 overall.

That balance of power may be shifting though. Last year the teams were 1-1-1 against eachother. Cincinnati won 2-1 at home, they drew 2-2 in Cincinnati in the second meeting, and Columbus won the third, 3-2 at home.

This year, it’s FCC who enter MLS Week 21 in the better overall position in the table. Cincinnati is sixth in the East with 27 points and Columbus eighth with 26.

The Crew are coming off their own 2-2 draw on Wednesday in DC. They’re in excellent form themselves being undefeated in seven.

Two teams in great form in a key rivalry game, I see goals coming from both.

Let’s move on to the third Texas-based team, the Houston Dynamo who travel to San Jose in MLS Week 21.

It’s two non-playoff sides with neither in great form. San Jose just moved off the foot of the Western Conference table with a 3-2 win on Wednesday versus the Galaxy moving them into 12th and tied with Houston who lost 3-1 in Austin on Tuesday.

[email protected] and @LAFC are running the West. ? pic.twitter.com/qH1Ex9Dhz1

If this matchup is anything like their earlier meeting in Houston back in April, we could be in for a wild one. The teams exchanged two goals each in the first half to enter half-time tied 2-2, with the Dynamo going on to win 4-3. Sebastian Ferreira had a brace for the Dynamo, while Jeremy Ebobisse scored twice himself for the Quakes.

But goals between these two is nothing new. In their past seven meetings both teams have scored in six. In five of those seven there’s been three or more goals scored.

San Jose has allowed the most goals in the league at 39. They also own the worst xGA overall at 36.6. The Dynamo ranks 24th in xGA at 30.2. They’ve allowed nine goals in their past four games and have conceded in 17 of their past 18 on the road. This MLS parlay is the opposite. Two teams in poor form, where I again see both teams scoring.