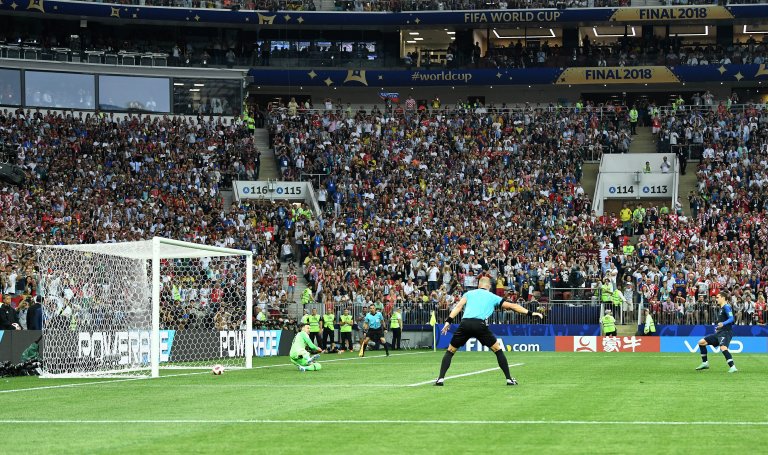 UEFA Nations league action continues on Sunday with nine matches,
Battles for the top of the table heat up as Spain visits Czech republic and Sweden battles Norway
Read on for all the odds and trends as the UEFA Nations League action heats up

UEFA Nations League action continues on Sunday with a full slate of matches. In Group A2 action, Czech Republic look to extend their lead atop the table as they battle powerhouse Spain. The top of the table is also up for grabs as Sweden and Norway clash in Group B4 action, while Georgia visits Bulgaria in Group C4 action.

Here’s a look our predictions for each these three contests, along with the odds for all of Sunday’s scheduled UEFA Nations League matchups.

Odds as of June 3 at Caesars Sportsbook

If you’re new to betting on this sport, then take a look at our How to Bet on Soccer page.

The Czech Republic will be looking to do something they have never done before when they hit the pitch on Sunday, defeat Spain. The Czechs have produced steady results since last summer, avoiding defeat in seven of their past eight matches across all competitions. However, success has eluded them when facing Spain, who have outscored them by a wide 6-1 overall margin in five all-time meetings.

Despite their past struggles against Spain, there is still plenty to like about the Czech Republic defence. The squad has surrendered just two total goals while compiling a 4-1-1 record over their past six contests. Tomas Vaclik deserves enormous credit for that stingy trend. The Czech goalkeeper has allowed more than one goal just three times in his past 18 appearances, and played a huge role in the club’s schedule-opening 2-1 victory over Switzerland earlier this week.

Just 33 to go to catch David Villa in 1st 😅 pic.twitter.com/RsC0CMACSI

A late goal cost Spain the win in their opening date with Portugal, which ended in a 1-1 draw. Pegged as a strong +750 bet in the World Cup odds, La Roja maintain plenty of momentum heading into Sunday’s contest. The squad allowed just a single goal during a preceding four-match win streak across all competitions. However, they have struggled to produce steady results in Nations League play, posting wins in just two of six contests since October 2020. Alvaro Morata has powered the Spanish attack, scoring four times in four appearances, and is a good bet to extend that streak in Sunday’s contest.

Long time rivals coming off impressive wins clash on Sunday, as Sweden hosts Norway as strong betting favorite. The Swedes kicked off Group B action with a decisive 2-0 road win over Slovenia on Thursday, and will be aiming to tally consecutive victories for the first time in six matches.

Scoring has emerged as a concern for the Blue and Yellow, who have been blanked in each of their three recent defeats. They have also seen each of their past four meetings with Norway end in a draw. However, Sweden has been dominant on home turf, winning five straight, and 12 of 13 across all competitions, and have kept clean sheets in each of their past three home dates.

Even international football is too easy for Erling Haaland 🇳🇴 pic.twitter.com/Et14aNuI4D

Norway entered Nations League action on a roll after posting back-to-back wins over Slovakia and Armenia. The Lions rose to the occasion against tougher competition in their Nations League opener, taking home a 1-0 win in Serbia on Thursday. Erling Haaland continued his ascension to the leadership of this squad with the match winner in Serbia, and has now tallied 10 goals over his past seven appearances.

Two teams headed in opposite directions meet on Sunday in Group C action, as Bulgaria plays host to Georgia as betting favorites. The Georgians are coming off their biggest victory in over four years, a 4-0 rout of Gibraltar in their tourney opener, and now sport a 5-1-0 win-draw-loss record over their past six overall outings.

Conversely, Bulgaria failed to hold an early lead in Thursday’s 1-1 draw with visiting North Macedonia, extending their current winless streak to five matches. However, Bulgaria has plenty of history on their side. In addition to earning at least a point in four straight home dates, the Bulgarians have also won all four previous home meetings with Georgia, outgunning the Crusaders by an 18-5 margin in those contests.

And with Todor Nedelev and Kiril Despodov both coming off rock solid performances in Thursday’s win, look for Bulgaria to maintain their home dominance, albeit by a narrower margin.