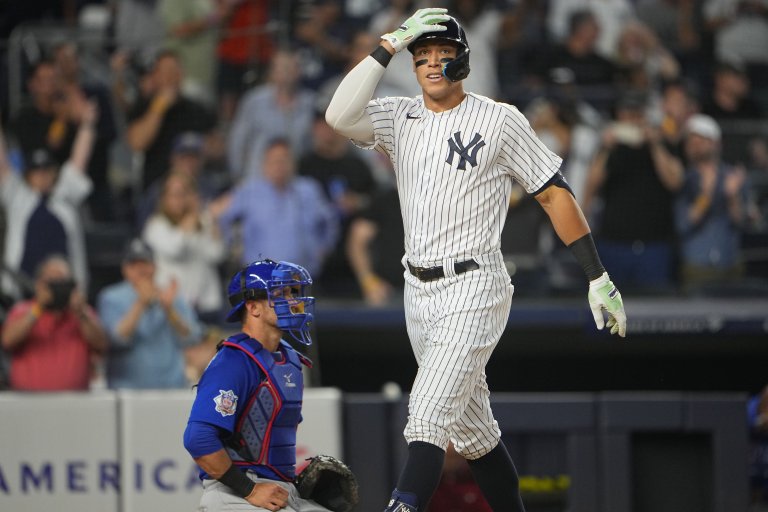 The Chicago Cubs and New York Yankees square off at Yankee Stadium on Sunday, June 12th
David Ross’ club is in the middle of a rebuilding year, while Aaron Boone’s group is on its way to one of the best regular season records in franchise history
Read below for the Cubs vs Yankees odds and betting preview

The Chicago Cubs (23-35) face the New York Yankees (43-16) on Sunday at Yankee Stadium. The series finale has a scheduled first pitch of 1:35pm ET. The Cubs will send Keegan Thompson to the mound, while the Pinstripes counter with Jameson Taillon.

The home team is a favorite in this one and are overwhelming -275 favorites in the AL East odds.

Meantime, the Cubs have +10000 odds to win the NL Central. The North Siders are projected to win 74.5 games, while the Bronx Bombers are expected to win 92.5 games in the MLB win totals.

Odds as of June 11th at FanDuel Sportsbook.

Until his most recent turn on Tuesday against Baltimore, the 27-year-old Thompson had been a revelation for The North Siders since being inserted into the starting rotation a month ago. But after Chicago had gone 4-0 in his starts and 9-3 in his appearances, things went south in an eventual 9-3 loss to the Orioles.

He got lit up for three home runs and also hit two batters while allowing seven runs in just three innings The outing ballooned Thompson’s season ERA from 1.99 to 3.17. Now, he’s aiming to rebound against one of the most formidable lineups in the game.

Keegan Thompson wasn’t able to locate at all last night, & that’s why you saw so much hard contact. He also couldn’t get any whiffs or called strikes – just an 18% CSW for the night (i.e., only 18% of his pitches were either a whiff or a called strike – league average is 27.4%). pic.twitter.com/hqm7r6kD18

Meantime, the 30-year-old Taillon fared better in his most recent turn — a 10-4 victory over the Twins on Tuesday that gave the Yankees a 9-2 record this season in games the former first-round pick has started. He failed to get the decision, going only four innings, but the big righty’s previous three outings were special.

He went a combined 23 innings, allowing only nine hits, two earned runs and a walk while striking out 17 — good for a2-0 record and 0.78 ERA over the three-game stretch.

The Cubs will try to salvage the series on Sunday with an offense that is struggling mightily. Chicago has only mustered a total of seven runs over its last five games — and only one through two games at the Stadium.

Willson Contreras is the team’s best player, coming in batting .270 with 10 homers and 23 RBIs. But he’s only gone 1-for-8 so far against the Yankees — and made a disastrous baserunning error on Saturday.

The Bombers lived up to their nickname in an 8-0 shutout victory on Saturday, smashing six big flies — including two by AL MVP odds favorite Aaron Judge.

New York has the shortest Fall Classic odds in the Junior Circuit +500 odds, while the Cubbies are at +50000 in the World Series odds.

While the Cubs have shown some fight from time to time this season, they’re in a bad stretch right now. Yes, Thompson has been a pleasant surprise — but he’s no match against a potent  Yankees lineup.

New York is too good to bet against these days and they should earn the sweep on Sunday.