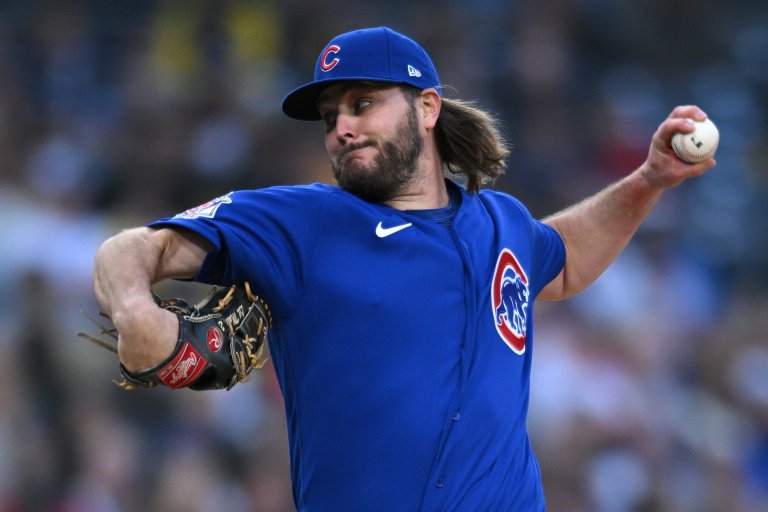 The Yankees are -250 home favorites over the Cubs on Friday night
Lefty Wade Miley (1-0, 3.38) will pitch for the Cubs against Luis Severino (4-1, 2.95)
A look at the Cubs vs Yankees odds and matchup can be found below with a prediction

Two storied franchises will have a rare meeting when the New York Yankees host the Chicago Cubs at 7:05 pm ET Friday in the opener of a three-game series at Yankee Stadium.

The Cubs (23-33/12-13 road) are on a three-game losing streak after falling to the Orioles 9-3 on Tuesday night in Baltimore. The teams were rained out Wednesday and Chicago was off Thursday.

The American League East-leading Yankees (41-16/23-7 home) won for the eighth time in their last nine games Thursday night, beating the Twins 10-7 in Minnesota.

Odds as of June 9th at Barstool Sportsbook.

The weather forecast calls for a gametime temperature of 77 degrees with a low of 66, mostly cloudy and light wind.

Left-hander Wade Miley (1-0, 3.38) is expected to be activated from the injured list and start for the Cubs against Luis Severino (4-1, 2.95), who will be pitching on five days of rest and has American League Cy Young odds of +5500.

Miley last pitched May 22 against the Arizona Diamondbacks in Chicago before going on the IL with a strained left shoulder. He notched a quality start in a no-decision, giving up three runs and six hits in six innings while striking out three and walking two.

Miley has made only one road start this season, allowing three runs in three innings in a no-decision against the Padres on May 10 at San Diego. He is 1-0 with a 2.70 ERA in three starts at night.

Severino was masterful last Saturday in beating the Detroit Tigers in New York. He pitched seven shutout innings and allowed only one hit while striking out 10 and walking one.

Severino also pitched well in his lone career start against the Cubs in 2017, yielding only one run in seven innings of a no-decision.

The Yankees overcame Gerrit Cole giving up five home runs in 2.1 innings to beat the Twins on Thursday night for their 16th comeback win of the season.

Rookie Christopher Morel provided the Cubs’ highlight in Tuesday’s loss by leading off the game with a home run. Morel also had an RBI triple as he continued his franchise-record streak of reaching base to start a career to 21 games.

Rookie right fielder Seiya Suzuki (sprained left ring finger) could be activated from the injured list for Friday night’s game. He has been out since May 27.

Seiya Suzuki in right and Christopher Morel in center is going to be great.

We need Seiya back asap.

Both of these guys are so fun. https://t.co/1SX10mllUg

Miley has pitched well in his first season with the Cubs but has made just three starts because of injuries. The lefty figures to be a little rusty coming off the IL without a rehab assignment while Severino is coming off a lights-out start. That makes the Yankees the pick, even at a high number.