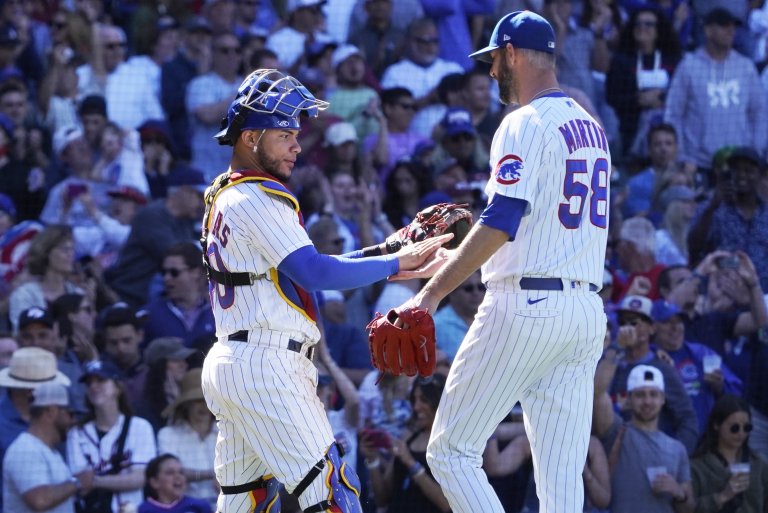 The Chicago Cubs and Pittsburgh Pirates face off at PNC Park on Monday, June 20th
David Ross’ club has been scuffling of late in this rebuilding year, as has Derek Shelton’s group
Read below for the Cubs vs Pirates odds and betting preview

The Chicago Cubs (25-41) face the Pittsburgh Pirates (26-39) on Monday at PNC Park. The series opener of a four-game set has a scheduled first pitch of 7:05pm ET. The North Siders will send Caleb Kilian to the mound, while the Buccos counter with JT Brubaker.

The Pirates are a slight favorite in this one and have +30000 odds to win the NL Central.

The 25-year-old Kilian — who was acquired by Chicago in the Kris Bryant trade deadline deal with San Francisco last season — will make the third start of his rookie campaign in this one. The 6-foot-4 Texas Tech product had a 2.51 ERA through ten starts at Triple-A Iowa before making his big league debut against the Cardinals on June 4 in an eventual 7-4 loss that saw him go five innings, surrender three hits, three earned runs and two walks while striking out six.

Caleb Kilian told me his cutter & slider are currently one pitch/same grip, just takes a little off vs righties, “I can manipulate it.” #Cubs

As to whether he wants a DISTINCT slider with more sweep: “Eventually, yes. I’m working on that right now… it’s a work in progress.” pic.twitter.com/9kFMlP9bB4

The Southern California native got roughed up in his last start against the Padres last Wednesday, allowing five runs in only four innings of work in what turned out to be a 19-5 loss. But after facing a pair of playoff contenders, Kilian faces a weaker Pittsburgh lineup in this one.

Meantime, Pittsburgh has gone 5-8 in the 28-year-old Brubaker’s starts. Two of them have been of the quality vintage, with each coming in the last month. The 6-foot-3 righty went 5.1 innings in his most recent start on Tuesday, allowing seven hits, two earned runs and two walks while striking out five in a 3-1 loss to the Cardinals.

JT Brubaker dealt with awful defense, incompetent umpiring, & Yadier Molina being allowed to whine his way into getting calls overturned which jacked his pitch count up and cost him an inning or two. To his credit, he K’d 5 and held the Cards to 2 ERs in 5.1. Good work.

That’s the good news. The bad news? Brubaker is winless in his 13 starts, posting an 0-7 record this season.

The Cubs enter the Steel City with a bit of momentum after taking two of three from the defending World Series champion Braves. But that’s not telling the whole story. The North Siders were shut out 6-0 at home on Sunday as Atlanta salvaged the series. And prior to the modest two-game win streak, Ross’ crew had lost ten straight.

Not surprisingly, the team’s best offensive player — Willson Contreras — has been its best player over the last week. Contreras — who could be dealt in the next month to a contender — has a slash line of .379/.400/.690 and smashed five extra base hits (two homers, three doubles) while driving in four runs in that timeframe.

Willson Contreras must be starting in the 2022 MLB All-Star Game pic.twitter.com/0Uw55kPygF

The Buccos come in scuffling, having lost 11 of their last 13. The Pirates beat the Giants in dramatic fashion on Sunday, thanks to Jack Suwinski. The outfielder became the first rookie in MLB history to hit three homers — including a walk-off — in the same game to salvage the series against San Fran.

What a day for @jacksuwinski!

His 3rd homer of the game is a walk-off!

The Cardinals currently have +3300 odds to win the Fall Classic, while the Padres are at +17000 in the World Series odds.

Neither one of those teams have a distinct advantage in this spot as each lineup is underwhelming.

The starting pitching could be the difference here. Kilian probably has better stuff than Brubaker, so i’ll lean toward the Chicago.