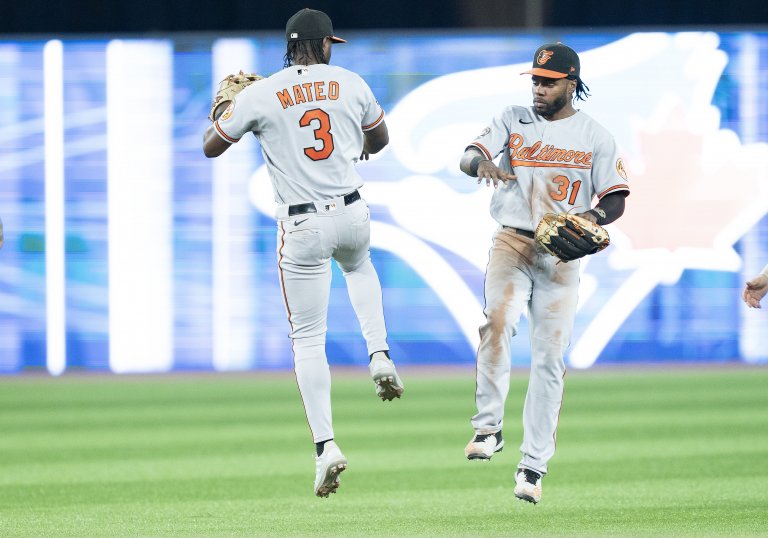 The Cubs (49-67, 25-33 away) travel to Baltimore on Thursday afternoon for a make-up game with the Orioles (61-56, 33-21 home). Chicago is fresh off back-to-back wins over Washington, while Baltimore just took two of three from AL East rival Toronto.

Oddsmakers have sided with the O’s ahead of this matchup and given their recent form it’s hard to argue with that decision – more on that later.

Baltimore opened up as a -145 moneyline favorite in a game that features a total of 9. First pitch is scheduled for 3:05pm ET at Oriole Park at Camden Yards in Baltimore, Maryland, with sunshine and 87 degree temperatures in the forecast.

The Orioles, who enter play a game and a half behind the Blue Jays for the final Wild Card spot, will give the ball to Spenser Watkins. The 29-year-old is fresh off a pair of outings he’d like to forget, surrendering four runs to the light hitting Pirates 10 days ago, and six hits and three runs to the Rays in only 3 innings last time out.

Spenser Watkins starting tomorrow for #orioles in makeup game vs #cubs, who are starting Adrian Sampson

The O’s have dropped those two games by a combined score of 16-3, two of their only five losses over the past 15 contests. Watkins did fare well against the Cubs last month at Wrigley Field, holding Chicago to four hits and a run over 5 innings.

Working against him however are his home/road splits. Watkins owns a 4.81 ERA and 1-1 record in Baltimore this season, compared to a 3-1 mark with a 3.72 ERA as a visitor.

The Cubs will counter with Adrian Sampson. The 30-year-old has been serviceable this season but long term is not a pitcher you want as part of your starting rotation. Sampson is getting the ball thanks to injuries to Kyle Hendricks and Wade Miley and will have his hands full with the red-hot Orioles.

The right-hander last threw on Saturday versus Cincinnati, where he scattered six hits and two runs over 4 innings. Sampson has struggled with his control for the bulk of his five-year career, averaging nearly 3 walks and 1.5 home runs per 9 innings.

He didn’t fare particularly well in his lone start versus Baltimore this season, allowing six hits, three runs, two walks and a home run over 5.1 innings in a 4-2 defeat.

Baltimore enters play with a 26-12 record over their past 38 games. They’re hitting .267 over the past 14 days, .29 points higher than their season long mark, and are slugging .429. Sampson and the Cubs will have to pay extra attention to Cedric Mullins, who’s cranked a pair of home runs over his past four games, and who raked against Chicago last month.

Mullins is 5-for-12 versus Cubs pitching this season with a home run and two stolen bases. Jorge Mateo also tore the cover off the ball versus Chicago earlier this season, smacking a pair of home runs with 4 RBI in 10 at-bats.

The Cubs meanwhile, are in the midst of an offensive resurgence over the past week, by their standards anyways. One of the 10 lowest scoring teams in baseball, Chicago is slashing .268/.339/.479 during the last seven days.

A big part of the offensive surge is thanks to the addition of Franmil Reyes. The former Cleveland DH played his way off the Guardians after struggling at the plate, but he’s been fantastic since joining the Cubs last week. Reyes has at least one hit in all seven games with Chicago, batting .366 overall with two homers, five RBI and four runs scored.

Neither one of Watkins or Sampson should inspire a ton of confidence with bettors, and the lineups of both teams should push each other while the starters are in the game. The difference will be once the relievers join the party. Baltimore’s bullpen ranks number one in baseball in WAR and strand rate, and top-three in ERA.

The Cubs relievers on the other hand, are a below average unit with a bottom-10 ERA, and the third worst opponent home run rate.

I’m tempted to play the over here. Five of the O’s last eight games have cleared the total, as have three of Chicago’s last four outings. However, Baltimore’s moneyline is where my money is going. Expect them to hold serve at home and to continue to make up ground in the Wild Card standings.