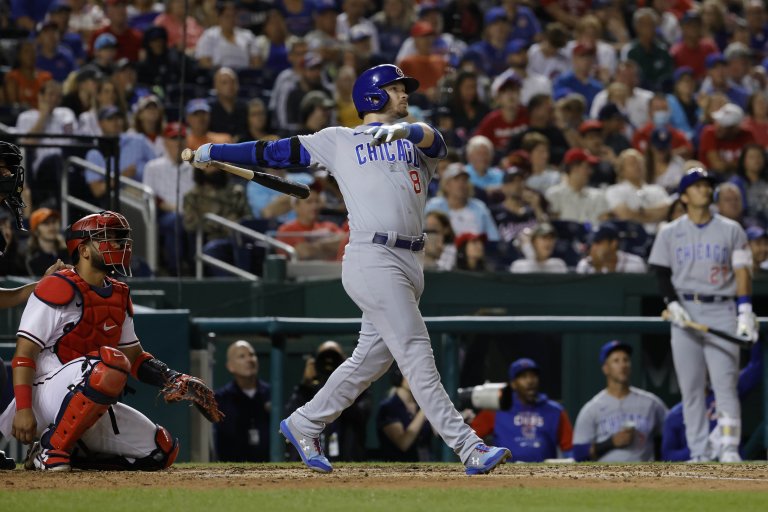 The Cubs (47-67, 23-33 away) and Nationals (39-78, 19-42 home) must be getting pretty tired of one another by now. The two disappointing teams will meet for the sixth time in nine days on Wednesday, as they close out a three-game set in Washington.

Chicago and Washington had split the first four meetings heading into action on Tuesday, but oddsmakers are feeling pretty bullish on the Cubs winning prospects on Wednesday.

Chicago opened up as -145 moneyline favorites, in a contest that features a total of 9. First pitch is scheduled for 1:05pm ET at Nationals Park in Washington, DC, with clear skies and 81 degree game time temperatures in the forecast.

Both of these teams rank at the absolute bottom of the World Series odds. Chicago entered play on Tuesday losers of back-to-back games, and will turn to journeyman Drew Smyly to stop the bleeding. The 33-year-old has been lights out over his past two starts, shutting out both Cincinnati and Miami.

He’s thrown 11.2 scoreless innings in total, yielding nine hits while posting a 13-to-3 strikeout-to-walk rate. Smyly has now surrendered one earned run or less in four of his past five outings, and while that doesn’t make him an NL Cy Young odds contender, it is some of the best form he’s ever flashed in his 11 year career.

He hasn’t faced Washington this season, but has had plenty of success against the Nats lineup in the past. Smyly has limited Washington batters to a .233 average over 43 at-bats, and just three extra-base hits.

The Nats will counter with Cory Abbott. The former Cub will make his fourth start of the season, and is still looking for the first victory of his big league career.

After duelling with Jacob deGrom at the beginning of the month, Abbott has taken a major step back. He’s allowed 10 runs and 11 hits over his past 7.2 innings, including four home runs.

“Cory Abbott” vs the Phils pic.twitter.com/tJGtxw6Cgh

The 26-year-old has issued more walks (8) than he’s recorded strikeouts (7) over his past two starts, but control problems are nothing new. As a rookie in Chicago last year, he had nearly as many walks (11) as strikeouts (12), and posted a 1.79 ERA in eight appearances.

These two clubs are two of the 10 lowest scoring teams in MLB, but you’d never know it the way they’ve been swinging the bats recently.

The Nats unloaded virtually all of their marquee players prior to the deadline, but believe it or not they’ve actually been hitting better without the services of Juan Soto and Josh Bell. Washington is batting .269 with a .724 OPS over the past two weeks, numbers that dwarf their season long stats.

Not to be outdone, the Cubs are in the midst of one of their best offensive stretches of season as well. They’re slashing .290/.357/.491 over the past week, and got multiple home runs from outfielder Ian Happ on Monday.

Happ has been arguably the most consistent performer for the Cubs this season, ranking top-two on the team in average, OBP, OPS and WAR. Entering play on Tuesday, he was hitting .375 versus Nationals pitching this season with a 1.287 OPS.

CHC vs WAS Last 10 Meetings

Happ and the Chicago bats are in prime position for a major offensive outburst on Wednesday against Abbott. The Cubs have scored 35 runs over their past seven outings, crossing the plate at least four times in every one of their games against Washington this season.

Chicago also performs much better versus righties like Abbott than southpaws, posting an average that is .17 points higher, and an OBP that is .21 points better. Given Abbott’s struggles, plus the fact that the Nats bullpen ranks 26th in WAR and 24th in ERA, it’s wheels up for the Cubs lineup.