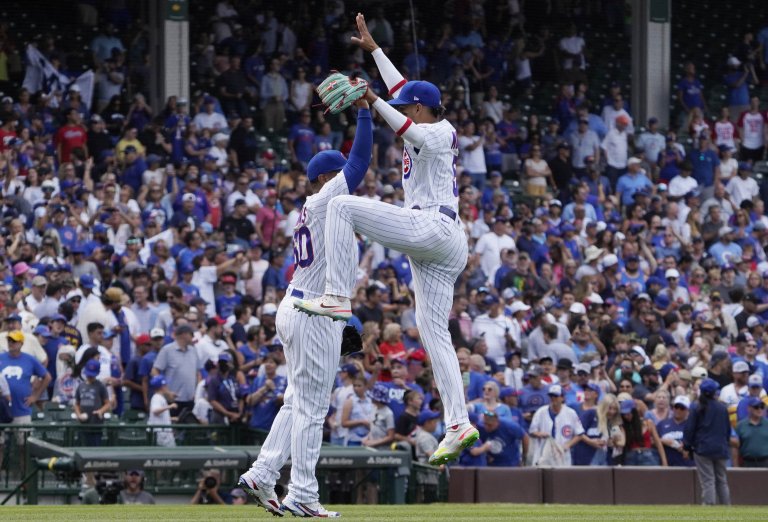 Friday’s matchup between the Cubs and Giants is the epitome of two teams going in complete opposite directions. Chicago enters play on Thursday riding a season-high six game winning streak, while San Francisco is fresh off losing all seven games of its recent road trip.

Despite the disparity in recent play, oddsmakers are expecting a reversal of fortune for the Giants on Friday.

Odds as of July 28th at Barstool Sportsbook

San Francisco opened up as a -145 moneyline favorite, in a game with a total of eight. First pitch is scheduled for 10:15pm ET at Oracle Park, with clear skies and 66-degree game-time temperatures in the forecast.

The Giants, a one time legitimate contender this season in the World Series odds, have seen their championship price tag fall to +6000. They’ll give the ball to Alex Cobb, who’s underperformed in 15 starts so far this season.

Cobb is on pace for his worst ERA in three years and was smacked around in his previous start by the LA Dodgers. The 34-year-old coughed up eight hits and four runs over 5.2 innings, snapping a streak of seven straight starts in which he allowed 3 earned runs or less.

On the bright side for Cobb and the Giants is his significant home/road splits. Cobb has a 3.02 ERA at home this season, a full three runs lower than his mark as a visitor.

Chicago will counter with Marcus Stroman, who’s been sensational since coming back from the COVID list. In three starts since returning, he’s yielded only two total runs and eight hits over 14.1 innings.

[email protected] has a 0.93 ERA over his last five road starts. pic.twitter.com/cRJLKCV1xQ

He’s posted a 14-to-5 strikeout-to-walk rate during that stretch, and has an excellent history versus hitters in San Fran’s lineup. Giant batters are hitting just .177 over 31 at-bats against Stroman, with a measly .266 slugging percentage.

Stroman is catching San Francisco at the right time as their lineup has been abysmal during their seven-game skid. The Giants are averaging less than three runs per game, and are hitting only .203 with a .286 OBP over the past two weeks.

Also not helping is the abundance of injuries they’re dealing with. Three regulars are currently on the IL including Evan Longoria.

Neither the Cubs or the Giants feature a legitimate NL MVP odds contender, but that hasn’t stopped Chicago from raking since the All-Star break.

The Cubs are batting .297 with a .369 OBP and a .571 slugging percentage since the season resumed. They’ve also averaged over six runs per game, but that’s not to say they’ve been a one-trick pony.

Chicago starters boast a 2.03 ERA over the past five games, while the entire pitching staff has held enemy lineups to two runs or less in five of their past six contests.

Seven strikeouts for @kthompson_71 over a career-best 7 IP! pic.twitter.com/bO5Ffjb0RB

Given the trajectory of both teams lately and Stroman’s recent form, it would be silly to pass up on the value the Cubs moneyline offers at plus-money. I like them to keep their second half of the season surge going, albeit in a low scoring game.

Each of the past four Chicago games entering Thursday had stayed under the total, while 10 of their last 11 outings overall have failed to exceed eight runs.