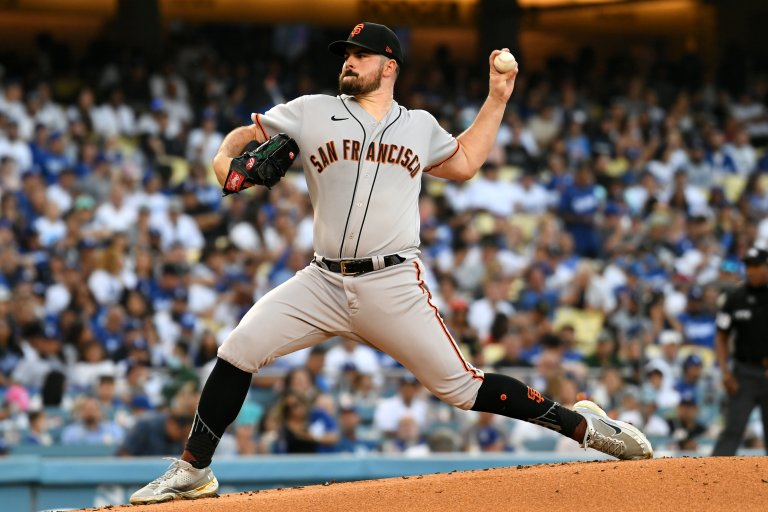 The Cubs and Giants wrap up a four-game set on Sunday night
San Fran is a heavy -195 favorite for the series finale
The odds, preview, and betting prediction can be found below

The Cubs will go with righty Adrian Sampson here, who has only made six starts this season. The Giants send Carlos Rodon to the hill, one of their best arms.

Odds as of July 30th at Caesars Sportsbook.

Sampson has been up and down between Triple-A and the Cubs, but he’s done a respectable job lately in a starting role. The 30-year-old is 0-1 in eight appearances (six starts), posting a 3.20 ERA in 39.1 innings. Sampson’s command is very solid, walking only nine batters.

Last time out, the righty allowed just two earned across seven quality innings against the Pirates, taking the no decision. He hasn’t surrendered more than three runs in each of his previous four outings.  He’s never faced the Giants in his career.

#SFGiants also now listening on their veterans. Carlos Rodon and Joc Pederson are among obvious candidates if they do sell. Rodon has an opt out and Pederson is free after the year.

However, his last two outings have not been pretty. He’s given up five earned runs in each to the Diamondbacks and Dodgers, respectively. However, both of those starts were on the road where his ERA sits at 3.88. At Oracle Park, it lowers to 2.05. That’s a reason to be optimistic for Sunday.

Rodon owns a 4.74 ERA vs. Chicago, though.  There is also a chance this is his final start with the Giants, with the team reportedly fielding calls for him ahead of the August 2nd trade deadline.

At 41-58, the Cubbies are far out of contention. But, since the All-Star break, they’re actually playing much better baseball. David Ross’s squad is 7-3 in their last 10 games ahead of Saturday night and just swept the Phillies and Pirates, winning six in a row before the Giants ended their streak on Thursday night.

While their pitching staff has a 4.34 ERA, they threw the ball very well during the unbeaten run, giving up more than two runs just once. The loss on Thursday was simply because of errors, too. Justin Steele allowed four runs but none of them were earned.

Will Giants Sell Amid Cold Streak?

As previously mentioned, San Francisco is still in the WC race. But, it needs to be asked, should they be sellers at the deadline? The Giants are a putrid 2-8 in their last 10 games and sit four games back in the Wild Card. The organization is potentially open to trading Rodon and Joc Pederson, which would definitely hurt their postseason chances.

Yaz is there ⛔️

After the All-Star break, Gabe Kapler’s group was swept by the Dodgers and Diamondbacks, losing seven straight. The bats were non-existent and the arms didn’t fare much better. They desperately need Rodon to put his best foot forward in the rubber match.

The Cubbies are hot and the Giants are certainly not. But, Rodon is too good to have another atrocious start. I think you’ll see him respond on Sunday at home and keep Chicago at bay. Take San Francisco to cover the spread.