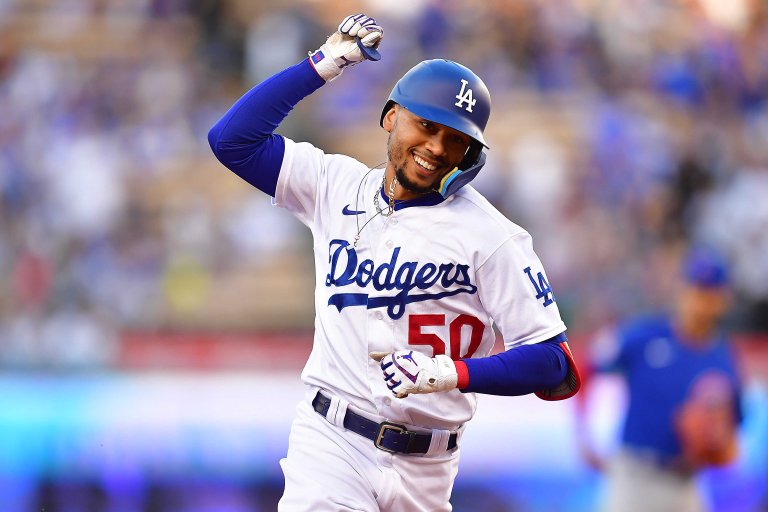 The Cubs and Dodgers are back at it on Friday night
LA took the series opener on Thursday
The Cubs vs Dodgers odds, probable pitchers, preview, and picks can be found below

LA won the series opener by a score of 5-3 thanks to a big night from Mookie Betts and another fantastic outing from Tony Gonsolin. For this contest, the Cubbies send Keegan Thompson to the hill, while the Dodgers counter with Tyler Anderson.

The Dodgers are a heavy -235 favorite here, winning seven in a row against the Cubs.

Second straight start where Keegan Thompson looked much better than the box score will suggest. He continues to impress. The emergence of him and Justin Steele as rotation-worthy arms is so, so huge for next year.

Thompson has tossed at least six innings in three of his last four outings, but in his most recent one, the righty went just four frames against the Red Sox, surrendering two earned runs on seven hits. He took the no-decision. Thompson faced the Dodgers in relief earlier in the campaign, allowing one run in 2.2 relief innings. He’s got a career 2.16 ERA vs. LA.

There wasn’t a lot expected out of Anderson this season, but he’s sure impressed for the Dodgers and made a serious case to be with the team past 2022. The southpaw is a stellar 9-1 in 15 appearances, posting a 3.10 ERA. Anderson has only allowed 15 free passes in 84.1 innings and does a tremendous job of attacking the strike zone and letting his defense go to work.

July 2nd was another solid outing for the 32-year-old, earning the win against the Padres as he went six innings, giving up only one run and striking out six. He faced the Cubs back in May, throwing five innings of two-run baseball.

Chicago is still in the gutter of the NL Central but they did just win two in a row against the Brewers before losing on Thursday to the Dodgers. Their offense was absolutely shut down by LA’s arms, collecting only six hits throughout the contest.

At the dish, the Cubbies haven’t been awful this year, ranking in the middle of the pack in most categories. It’s their pitching that is killing them, collecting a team ERA of 4.66, which is 25th in the Majors.

LA stretched its win streak to four games with Thursday’s win and now have the second-best record in the big leagues behind only the Yankees. Prior to taking care of the Cubs, the Dodgers swept the Rockies behind some fantastic pitching and timely hitting.

It was truly the Mookie Betts show in the series opener vs. Chicago, though. The outfielder, who sits at +1200 in NL MVP Odds, went 2 for 3 with a pair of home runs and RBI. He was responsible for four of his team’s four runs, also coming across the plate twice.

I have no doubts the Dodgers will win again. Anderson pitches well against the Cubs and LA is trampling Chicago in recent memory. Take them to cover the runline because as you can see, none of them are very close in past meetings.