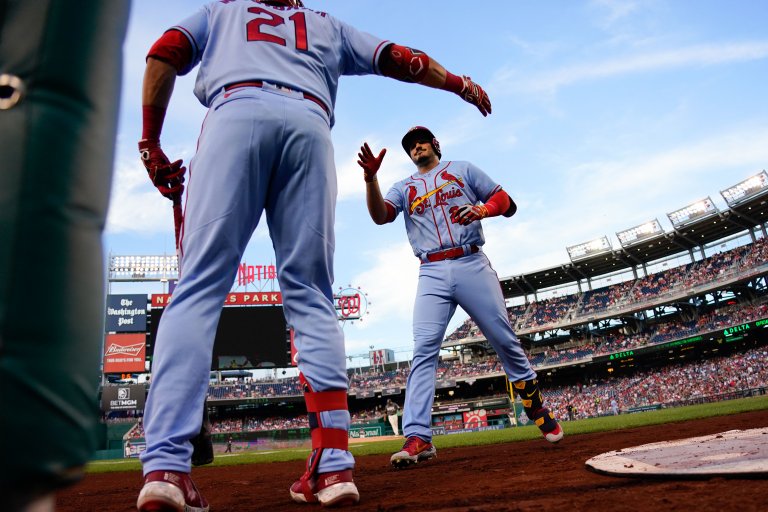 If the St. Louis Cardinals want to make up ground in the congested NL playoff picture they’ll need to take care of business against lesser opponents. St. Louis enters play on Tuesday against one of those such teams in the Chicago Cubs, and oddsmakers are bullish on their winning prospects.

Odds as of August 1st at Barstool Sportsbook.

The Cards sit three games back of Milwaukee for the division lead, and one game out of a Wild Card spot. They opened up as -155 moneyline favorites, in a game with a total of 8. First pitch is scheduled for 7:45pm ET at Busch Stadium in St. Louis, Missouri, with clear skies and 91-degree game-time temperatures in the forecast.

The Cardinals, a top-13 contender in the World Series odds, will give the ball to Adam Wainwright. The wiley veteran was masterful in his last outing, shutting down one of the best lineups in baseball on the road.

Wainwright held the red-hot Toronto Blue Jays to five hits and one run over 7 innings, while striking out eight. He’s allowed two runs or less in three of his past four outings, one of which was a complete game.

The 40-year-old earned a no decision in his lone outing against the Cubs this season, albeit through no fault of his own. Wainwright pitched 7 innings of two run ball in a game St. Louis needed extra innings to win.

He’s been fantastic at home this season, posting a 2.01 ERA in nine starts, while holding enemy hitters to a .224 batting average.

The Cubs will counter with sophomore Keegan Thompson. The right-hander has held opposing lineups to one earned run or less in five of his past seven starts, and is fresh off a 7 inning, seven strikeout performance of the Pittsburgh Pirates in a 4-2 victory.

Thompson has faced the Cardinals once this season, but the result wasn’t as favorable. He yielded five hits and three runs over 5.1 innings, but did pick up the win in a 7-5 Chicago victory.

He’s 3-2 in six road starts this season, although his 4.40 ERA as a visitor is nearly twice as high as his mark when he’s pitching at home.

Thompson will have to deal with a St. Louis lineup that was performed quite well over the past four games. They averaged six runs per game during that stretch, posting a 3-1 record and a +13 run differential.

Paul Goldschmidt is the heavy NL MVP odds favorite, while teammate Nolan Arenado is a top-eight contender. The Cardinals are a top-10 offense in runs per game, slugging percentage and OPS, and feature three players (Goldschmidt, Arenado and Tommy Edman) that rank inside the top-seven in baseball in WAR.

For the second time this season, Paul Goldschmidt is the NL Player of the Week! pic.twitter.com/tzVlGMBtR0

Chicago on the other hand, came crashing back down to earth over the weekend after a season-high six game winning streak. The Cubs dropped three of four in San Francisco, scoring just 10 runs total.

Offense has been an issue over the past month for Chicago, as they’re batting only .223 with a sub .290 OBP. Just two players, Patrick Wisdom and Wilson Contreras, have reached double-figures in home runs and Contreras will likely be traded before Tuesday’s game begins.

With a depleted lineup and Wainwright on the bump, it’s hard to fathom a big offensive performance from the Chicago bats. They’ve scored three runs or less in 16 of their past 24 contests, and I like them to fall short of four runs again on Tuesday.

Also working in favor of this wager is the Cubs pretty severe home/road splits. Chicago averages only 3.9 runs per game as a visitor this season, posting a batting average that is .20 points worse on the road and an OPS that is .43 points lower than at home.