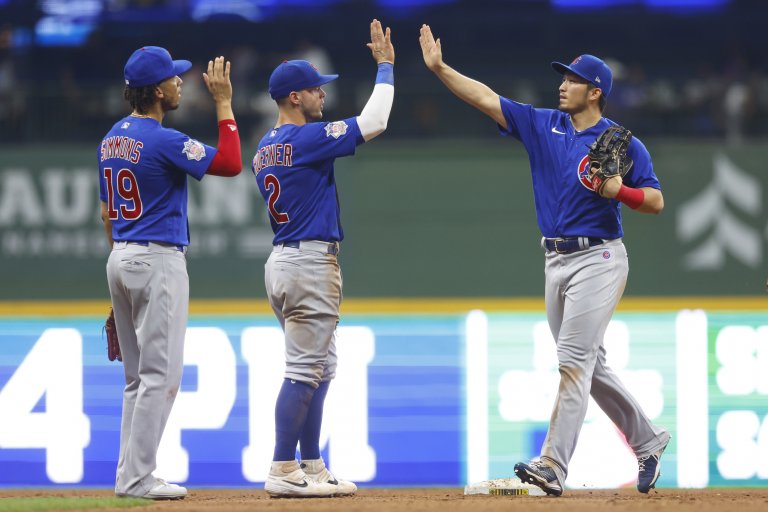 The Brewers are -250 home favorites over the Cubs on Wednesday
Adrian Sampson (0-0, 3.38) will pitch for Chicago against Corbin Burnes (7-4, 2.36)
A look at the Cubs vs Brewers odds and matchup can be found below with a prediction

The Chicago Cubs and host Milwaukee Brewers play the rubber game of their three-game series at 2:10 pm ET Wednesday at American Family Field.

Odds as of July 5th at Barstool Sportsbook.

Though it is expected to be a most cloudy afternoon, the American Family Field roof should be open. The high temperature is forecast for 72 degrees with northeast wind at 10 mph.

Adrian Sampson (0-0, 3.38) is scheduled to start for the Cubs against Corbin Burnes (7-4, 2.36), who is +600 in the National League Cy Young odds after winning the award last year. Both will be pitching on four days of rest.

Sampson will be making his third start and fifth appearance of the season for the Cubs. He had a no-decision last Friday against the Boston Red Sox, allowing five runs (four earned) and eight hits in 5.1 innings in Chicago with four strikeouts and one walk.

Each of Sampson’s three career appearances against the Brewers have been in relief and he is 0-0 with a 3.18 ERA. All three games have been at American Family Field.

Sampson’s lone road start this season resulted in a no-decision when he was touched for two runs in five innings by the Cardinals in St. Louis. In the day, he is 0-0 with a 3.60 ERA in two games (one start).

Burnes has won four straight starts and compiled a 2.03 ERA in that span.

The latest victory came last Friday over the Pirates in Pittsburgh. Burnes gave up only one run and one hit in six innings, though he issued four walks while striking out five.

Nobody gets more excited about catching a popup.

Current Brewers hitters are a combined 5 for 25 (.200) versus Sampson.

Rookie Seiya Suzuki hit a two-run homer to snap a 2-2 in the fifth inning and send the Cubs to victory.

4 hits and 4 RBI in two games for Seiya Suzuki since returning from the IL! pic.twitter.com/gC9BFwIYCG

Chicago had 11 hits in all.

Cubs catcher Willson Contreras is questionable for Wednesday after sitting out the game with left hamstring tightness. He was injured Monday.

Rowdy Tellez put the Brewers ahead with a two-run home run in the first inning, but the Cubs scored the next eight runs.

Another line in the record books.

The season series is tied at 6-6 and the Brewers have won three of five games at home. Since the start of the 2019 season, The Brewers have gone 36-24 against the Cubs.

Burnes is rolling right now and it’s hard to bet against him, even at a high number.