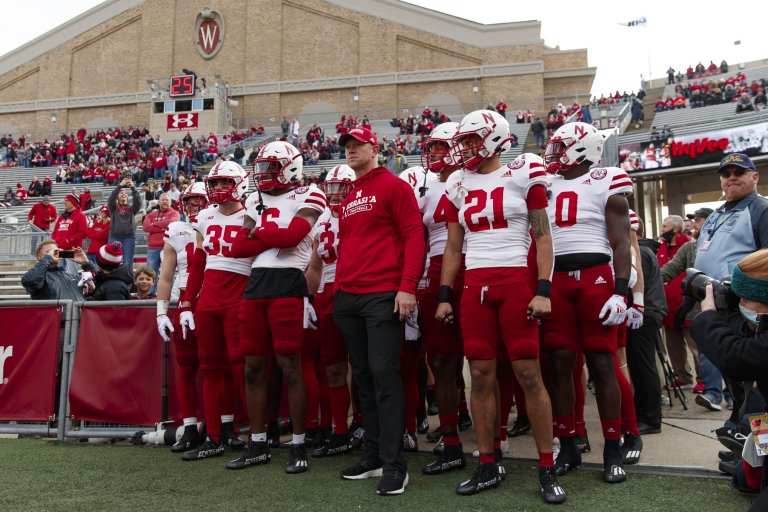 Week 0 of College Football features an appetizer-like slate on Saturday, August 27th
Nebraska and Northwestern face off in Dublin, while Wyoming visits Illinois
Read below for the best ATS picks for Week 0 of the college football season

Week 0 of the 2022 College Football season features an intriguing matchup between a pair of Big Ten programs coming off disappointing seasons on Saturday, August 27th. The Cornhuskers-Wildcats tilt — in Ireland, of all places — is the clear headliner.

Keeping it in the Big Ten, Year 2 of the Bret Bielema Era kicks off in Champaign, with the Fighting Illini hosting the Wyoming Cowboys. Vanderbilt also takes on Hawaii from the Aloha State.

Here are betting odds and three ATS picks to consider for Week 0 before the college football season kicks off in earnest next week.

All odds as of August 24th at Barstool Sportsbook.

This is clearly a make-or-break season for Scott Frost in Lincoln. With that in mind, the Cornhuskers head coach not only dipped his toe in the transfer portal pool — he cannonballed in without reservation. The marquee addition is former Texas Longhorn quarterback Casey Thompson, the Big 12’s leader in touchdown passes last season. The new Husker certainly seems ready for Saturday’s opponent.

As someone who loves sports it always amazes me to listen to players and coaches break down plays, game plans, situations, etc.

Huskers quarterback Casey Thompson broke down Northwestern’s defense today and I was blown away.

Thompson will have former LSU wideout Trey Palmer among his receiving corps and new offensive coordinator Mark Whipple — fresh off coaching Kenny Pickett to an ACC championship — leads the unit.

Defensively, Nebraska was a far cry from the Blackshirts of yore. The Huskers ranked just 101st nationally in 2022, allowing 429.5 yards per game. But another Big 12 transfer– former TCU edge rusher Ochaun Mathis — should help. He ranked in top-10 nationally in tackles for loss,

In addition to Hilinksi, the Wildcats bring back three of their leading rushers from last season, including 1,000-yard back Evan Hull, who scored seven touchdowns in 2021

Both of these programs were 3-9 last season and this game will likely be less than the two-touchdown spread indicates. Eight of the 11 meetings between these programs since Nebraska joined the Big Ten have been decided by eight points or fewer, including four of the last five games

The Cowboys are coming off a 7-6 campaign last season, which was capped by a victory over Kent State in the Famous Idaho Potato Bowl. Wyoming’s marquee league win was over eventual Mountain West champion Utah State.

Give him the rock and get out of his way.

Wyoming running back Titus Swen is the highest-ranked Cowboys player on the 2022 #MWwireTop50, checking in at #9 overall. https://t.co/MsZry2I4bf#gowyo #RideForTheBrand pic.twitter.com/AdLr795sYO

One player to watch for the Pokes will be junior running back Titus Swen, who is on three preseason watch lists entering this season.  He was a second-team all-conference selection in 2021 after rushing for 785 yards and seven touchdowns and ranked No. 26 nationally in yards per carry (5.95 yards per carry).

Tommy DeVito when he gets a competent offensive line: pic.twitter.com/pD79VtZq5x

Bielema has been coy about who his starting quarterback will be. But Syracuse transfer Tommy DeVito is the odds-on favorite. Whomever is under center on Saturday will have the luxury of handing the ball off to Chase Brown. He finished last year with 1,005 rushing yards and five touchdowns, including 223 against Penn State, which was the most ever by an opponent at Beaver Stadium.

Meanwhile, Illinois hopes to continue the improvement it showed last year defensively. The unit went from allowing nearly 35 points a game to roughly 22 points an outing, the program’s third-best improvement since 1950. This one figures to be dominated by running backs and fairly even.

The Commodores haven’t won a conference game since 2019. But thankfully for second-year head coach Clark Lea, Honolulu is a long way from the SEC. Vandy enters the 2022 campaign with the No. 32 overall recruiting class in the country, the best for the program since 2013.

The offense will be led by quarterback Mike Wright, whose ability to run should add a new dimension to the game. However, his accuracy could be an issue.

As for Hawaii, the ‘Bows haven’t had much success against the SEC recently, going 1-4 straight up against their last five opponents college football’s best league. Not only will the home team go down straight up on Saturday, but it will also fall against the spread as well.