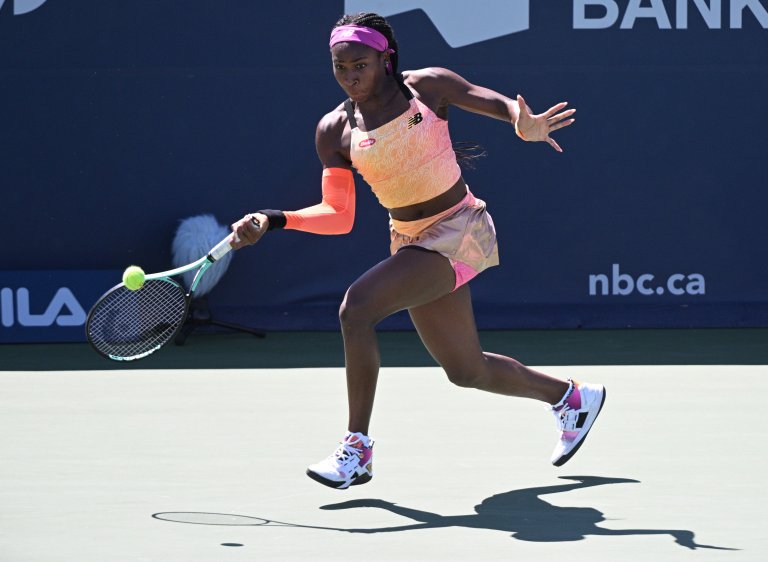 The first of four quarterfinal matches has been set between Coco Gauff and Simona Halep
The two will go head-to-head on Friday, August 12th
Take a look below for match odds, preview and best bet prediction

The final eight at the WTA National Bank Open is slowly starting to round out in Toronto, as all quarterfinal matches will be played on Friday, August 12th.

Coco Gauff, tenth seed in the tournament rankings will go up against 15th seed Simona Halep, as the two face each other for the fourth time in their careers.

Odds as of August 11th at FanDuel Sportsbook

Halep is the favorite on paper, but Gauff has been piecing together a career-best season, so don’t count her out.

It took over three hours for Gauff to earn her spot in the quarterfinals, but she did it. Listed as her longest match of her career, just in front of her round of 2 hour and 57 minute win against Yulia Putintseva, Gauff defeated Sabalenka 7-5, 4-6, 7(7)-6(4). With the win, she earned her first win against Sabalenka, bringing the head-to-head to 3-1.

Coco Gauff into the QFs.

This match went back and forth in a way that one player built a substantial lead, but the other managed to find a way to even it out. Both players had many opportunities to convert breakpoints, but neither player was able to do so in the first 10 games. Gauff recorded 32 winners and 37 unforced errors to Sabalenka’s 41 winners and 42 unforced errors.

Gauff will now compete in the National Bank Open quarterfinals for the second consecutive year.

Not only will this be her sixth quarterfinal up here in Canada, it is also her 39th quarterfinal at the WTA 1000 level. She has more match win at this level than any other player on tour.,

🇷🇴 @Simona_Halep advances into her 39th quarterfinal at WTA 1000 level!

Faces No.10 seed Gauff for a place in the semis!#NBO22 pic.twitter.com/iJobARhbJ2

Halep has won this tournament twice before, winning in 2016 and 2018, but funny enough, both title wins came when the women were playing in Montreal. Halep’s best showing in Toronto was finalist in 2015.

On route to the quarterfinals, the Romanian has yet to drop a set. She’s breezed past all three of her opponents. Gauff looks to be her toughest opponent of the tournament to date.

If Gauff and Halep were strangers prior to 2022, they aren’t anymore. This quarterfinal encounter marks their third match of just 2022. But their first meeting came back at 2019 Wimbledon. Their most recent match happened in the round of 16 in Madrid earlier this year.

One of the biggest factors that could play into this match is fatigue. Gauff is coming off two back-to-back three sets backs that basically averaged out at three hours. With close to six hours on the court just in two matches, 18 or not, Gauff is going to be tired.

Halep on the other hand put all three of her opponents behind her fairly quickly, having yet to drop a set all tournament.

This is going to be an exciting match between Gauff and Halep, with both coming out strong. The two have very strong serves, and a solid groundstroke. Gauff has shown that she won’t go down easy, and Halep will be a strong opponent. Especially if Halep goes up in the match, look for it to go the distance. Bet the over in the total sets prop market.