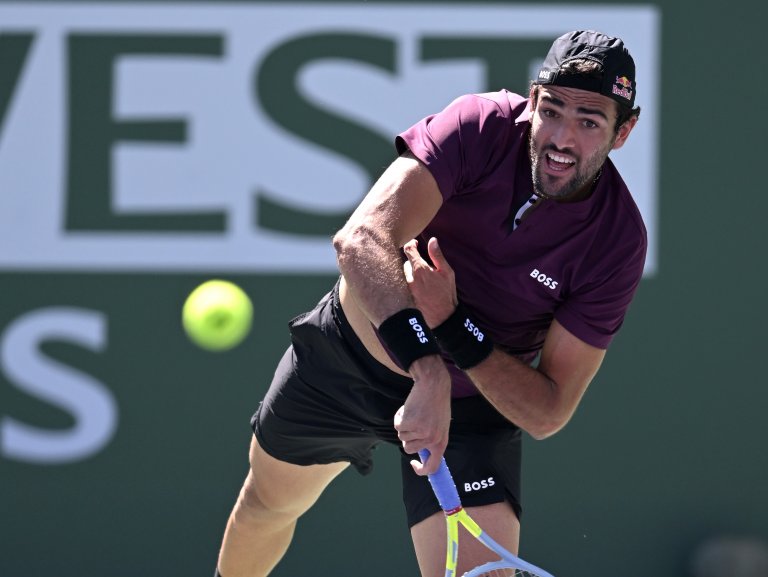 The quarterfinals of the Cinch Championships will be played tomorrow, Friday, June 17th
All four matches will be played
Continue below for odds, preview, and best bet predictions

Matteo Berrettini, the 2021 champion, was the favorite heading into the tournament, and has been able to fend off his opponents to keep his title defense alive. He’ll enter his quarterfinal match the favorite to win.

Odds as of June 16th at Caesars Sportsbook.

See below for a preview and best bet analysis of three of the four quarterfinal matches listed.

Davidovich Fokina van de Zandschulp will go head-to-head for the second time in their career. Davidovich Fokina holds the edge, leading 1-0, winning their one and only meeting at the 2021 French Open.

Both players have dropped a set on route to the finals. The two have two matches under their belt in London.

Davidovich Fokina defeated Alex de Minaur after dropping the first set, and piecing together a comeback to win 4-6, 6-4, 7-5.

The two will put a good match that should go the distance. Both players are participating in their first ATP quarterfinals on grass, and will be looking to gain momentum heading into Wimbledon.

Paul currently hold the head-to-head edge against Berrettini, when the American beat the Italian just earlier this year in Mexico. Berrettini retired from the match.

Paul is coming off a strong 6-1, 6-4 win over Stan Wawrinka in the previous round, to earn a spot in the semifinals. He’s managed to lose just one set on route to the quarters.

Berrettini is out here defending his 2021 title, and the dream to repeat is still alive. He coasted through his first round match, but found himself having to figure out a way to come back after losing the first set of his Round of 16 match to Kudla.

Into the QFs to face Tommy Paul.

After a challenging match, Berrettini will look to come out strong. If the Italian can continue serving the way he has been, and keeps unforced errors down, he should earn his spot in the semis no problem.

This will be the first meeting between Ruusuvuori and Cilic, as their head-to-head is 0-0.

Ruusuvuori, is a qualifier who has dropped just two sets on his way to the quarterfinals. He defeated Jay Clarke and Feliciano Lopez in the qualifiers. He most recently defeated home favorite Jack Draper in straight sets, winning 6-2, 7(7)-6(2).

With the win, Marin Čilić earned his spot in his ninth quarterfinal match at the Queen’s Club.