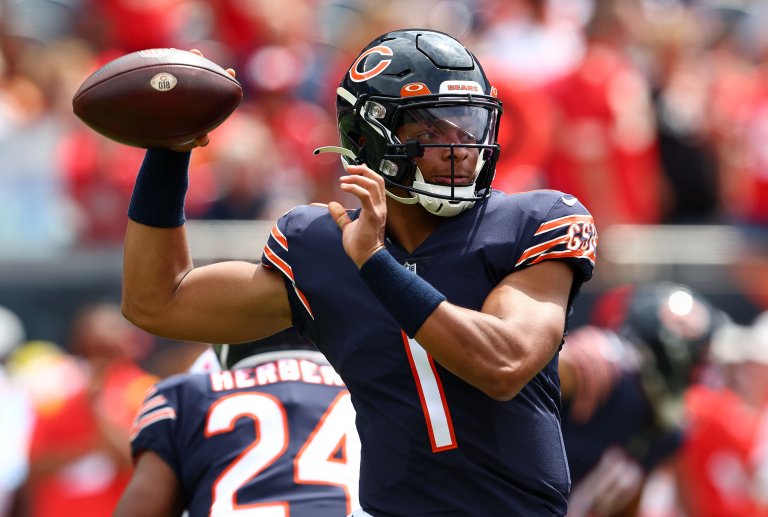 The Chicago Bears (1-0) know that Justin Fields will be their starting quarterback for the 2022 NFL season, but just when Drew Lock was looking to have the QB1 position locked up for the Seattle Seahawks (0-1) fate dealt him a cruel hand.

Lock will be missing in action for Seattle’s first home preseason game after testing positive for COVID-19. That’s going to give veteran Geno Smith every chance to state his case to be named Seattle’s starting QB.

Even without Lock, oddsmakers are still setting the Seahawks as 3.5-point home favorites in their preseason clash with the Bears. Home and road teams split the straight-up outcomes 8-8 during the opening week of NFL preseason play.

The kickoff for this game at Lumen Field is set for 8:00 pm ET on Thursday, August 18. The weather forecast is predicting clouds, 8 mph wind and a temperature of 73 degrees. The broadcast of the game can be seen on ESPN.

At odds of -175, the Seahawks are offering an implied probability of victory of 63.64% in the NFL betting line. A successful $10 wager on Baltimore would deliver a payout of $15.70.

Surprisingly, despite Lock’s impressive showing in the opening preseason loss to the Steelers (11-of-15, 102 yards, 2 TDs) Seahawks coach Pete Carroll was insisting that Smith was still holding the edge for the QB1 position in Seattle. How will Lock’s COVID-19-induced absence on Thursday hamper his bid for the role?

Lock was taking all the first-team reps in practice on Tuesday prior to learning of his positive COVID-19 test. Now he must follow CDC guidelines and isolate for five days.

Originally, Carroll’s plan was to start Lock against the Bears. The Seahawks were also revealing that rookie running back Kenneth Walker III will be missing for the entire preseason. Their second-round draft pick out of Michigan State is suffering from a hernia.

Chicago Taking It Easy On Starters

With a short turnaround from Saturday’s 19-14 win against the Chiefs, Bears head coach Matt Eberflus is indicating that he’ll dial back the participation of his first-team players against the Seahawks.

At the most, they’ll play between 6-10 snaps. Last week, the majority of Chicago starters logged at least 18 plays from scrimmage.

#Bears coach Matt Eberflus said LB Roquan Smith, who is still seeking a new contract and has asked to be traded, will travel to Seattle for their preseason game. He won’t play. Eberflus described him as “engaged.”

Look for running back David Montgomery and tight end Cole Kmet to make their preseason debuts. Both sat out the Chiefs game due to minor ailments.

Bears linebacker Roquan Smith will make the trip to Seattle but won’t be playing. He’s in the midst of a contract dispute with the club and is requesting a trade.

Whether it’s regular season or preseason, the Bears and Seahawks rarely play each other. Overall in real games, they’ve met 19 times. Seattle has won 11 of those games but Chicago has won the last two meetings.

Chicago is 3-7 against the spread over the club’s past 10 road games. In preseason action, the Bears are 3-3 SU and 3-2-1 ATS over their past six road games.

Seattle is 3-3 SU and 2-4 ATS over the last six home preseason games.