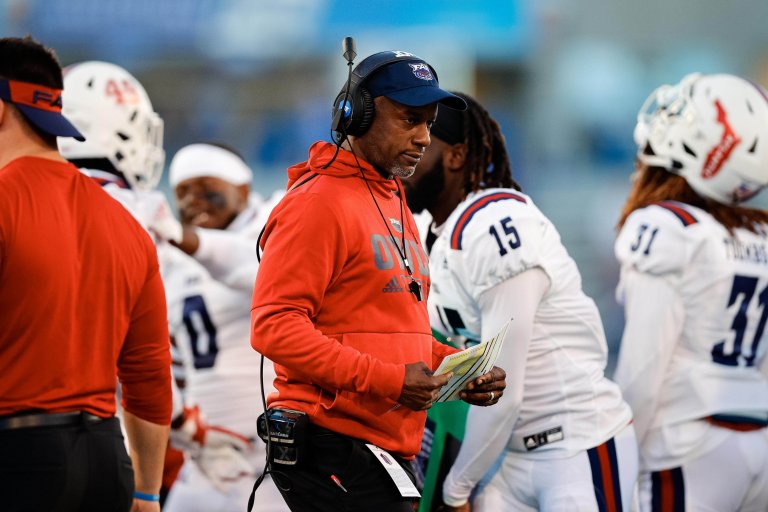 Charlotte and Florida Atlantic open their seasons in Week 0 on Saturday, August 27th
The Owls are listed as solid betting favorites over the 49ers in the CFB odds
Read below for Charlotte vs Florida Atlantic odds, spread and predictions for Week 0

This matchup sees Charlotte battle Florida Atlantic in a Week 0 clash on Saturday, August 27. Kickoff is set for 7pm at Florida Atlantic Stadium and the game will be broadcast on the CBS Sports Network. Both teams will be trying to get off to good starts after stumbling through the end of their 2021 seasons.

Florida Atlantic has trended slightly upward to -7.5 point betting favorites and the total is set at 58.5 for this contest.

Let’s take a slightly deeper look at the Charlotte vs Florida Atlantic odds and offer you our best bets and predictions.

Odds as of August 24 at BetMGM.

Coming off a dreadful 5-7 season, Florida Atlantic looks poised to put 2021 behind them. The Owls lost four straight games to end last year and lost every one of those games by double digits. They are returning eight defensive starters and their quarterback looking to make things right.

This Florida Atlantic team wants to get bowl eligible at least.

Head coach Willie Taggert needs to find the keys to a good offense. The Owls have ranked 116th and 99th in his two years at Florida Atlantic. That is a big reason why those teams just could not sustain success. They were 5-3 last year and then everything slid downhill.

With N’Kosi Perry getting through a tough year after his transfer from Miami. He should have improved targets including Johnny Ford at running back. Also, Je’Quan Burton and LaJohnny Wester should be able to make a few more plays behind an improved offensive line.

I think Willie Taggart will lead his Florida Atlantic Owls to a bowl game this season.

On defense, the pieces for the Owls are there. They ranked a respectable 62nd in points allowed at 25.8 points per game. The Owls are young but improving.

The unit was solid against the rush but abysmal on pass defense. The Owls have the potential to improve greatly with their linebackers and their secondary. It will be evident early if Florida Atlantic has truly improved. They say the pieces are there but actions speak louder than words.

Head coach Will Healy will look to make some improvements with the Charlotte defense which got gouged far too often last season. Once upon a time, that was not the case.

Charlotte bumbled their way through the season in 2021. Their offense was okay, but it was their defense that just got smacked around. The 49ers gave up 200+ yards rushing on a regular basis then lost their last three games of the season ruining what was a promising season.

Charlotte just could not win games on the road either. While they were a respectable 4-2 at home, the 49ers won just one of their six road games.

Charlotte 49ers super seniors Chris Reynolds and Markees Watts have been named 2022 team captains in a vote by the players, fourth-year head coach Will Healy announced!https://t.co/SoLp6khl0w ask yourself #ruLockedIN? pic.twitter.com/TD8DJb5wNi

Healy needs to find a way to build this defense and get bodies on the defensive line that can move the line of scrimmage. If they cannot, teams will just push them around no matter how much talent they have on offense. Chris Reynolds and Markees Watts can only do so much.

Charlotte’s projected win total of 4.5 feels pretty accurate. Given their schedule, this team will have to battle to win more than four games in 2022.

ESPN’s Power Football Index predicts the 49ers will finish below the Owls in the Conference USA standings. In light of that and their schedule, there is a real chance that Charlotte may only win three or four games while Florida Atlantic might surprise and win as many as seven or even eight.

Having said that, this Week 0 matchup should be interesting. Both teams have question marks galore. Big plays on both sides of the ball feel inevitable.

Oddsmakers may be underestimating Florida Atlantic at home a bit here. Again, Charlotte on the road is just not a good idea to wager money on. Lay the points.