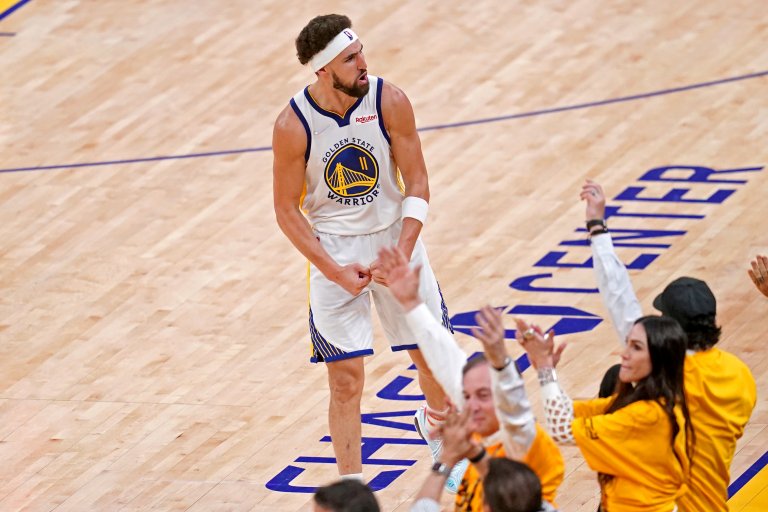 The Golden State Warriors are one win away from yet another NBA championship. Despite a stellar Game 5 win, the Warriors are still four-point underdogs for their Game 6 matchup with the Boston Celtics in TD Garden on Thursday night.

The NBA Championship odds have meandered throughout this series, and with a 3-2 advantage, it’s no surprise that the Warriors are heavily favored for the title. Boston has shown it plays its best basketball when their backs are against the wall, however, and playing in front of a raucous home crowd in Game 6, this series is far from over.

Odds as of Jun 16 at FanDuel. Get the best FanDuel Sportsbook promo code to bet the NBA here

It’s Klay Thompson. It’s Game 6. Thompson’s points line is higher than it has been for much of the series, but that’s partly because he’s scored 25, 18, and 21 across the last three. He’s made 14 threes in that period, including a couple of clutch buckets late in Game 5.

Boston was more aggressive in its defense of Finals MVP favorite Steph Curry in Game 5. They did a better job at limiting his shooting space, and were quicker to send help. Andrew Wiggins grabbed the headlines as he benefited from the additional space, but Thompson also has an easier night when Curry attracts that level of attention.

I feel like Klay going for 50 in Game 6 , he just getting warm right now.

Thompson has claimed he won’t go into hero ball mode. He might not need to. The Warriors got him some early shots in Game 5, and we can expect Steve Kerr to funnel plenty of his first quarter offense towards getting Thompson going.

“It’s obviously a nickname I’ve earned and I’ve lived up to it. But I don’t wanna go in there and play hero ball.”

Thompson has reached 20 points eight times in these playoffs, and he’s made four or more threes in seven of those games. We can get to plus odds by combining the threes over with the points over.

Robert Williams has been battling to even play in this series. Clearly dealing with significant discomfort in his knee, the Louisiana native has still been effective in his relatively limited minutes. Williams has a 16.5 points and rebounds line for Game 6, despite passing this mark in each of the last three.

Stephen Curry: “They have Robert (Williams) out there. And he’s a big part of why their defense is as good as it is. You just know he’s back there.”

Pushed to the 30-minute threshold in the last two contests, Williams was the only Celtics rotation player with a positive plus-minus last time out. His +11 matched the eye test — their defense was markedly better with Williams as a rim protector and he is a nuisance to Steph Curry in pick-and-roll. Their offense benefits considerably from his offensive rebounds and lob threat.

It’s unclear if Ime Udoka can push Williams’ minutes much higher. Given his impact in this series, Boston may well try and get their starting center up towards 35. Even if he stays in the 30 region, he’s shown he gets into double figures in rebounds and will get a few buckets off lobs and putbacks.

With 30 boards and 25 points over the last three games, we like the value on Williams to hit this over in our Celtics vs Warriors picks.